Matthew McConaughey stars as a 35-year-old man still living at home and completely content in doing so. However, his parents (Kathy Bates and Terry Bradshaw) are anxious to get him out on his own and hire an interventionist (Sarah Jessica Parker) to help him along. But what sounds good in theory, complicates the situation when they begin to care for each other. Also with Zooey Deschanel, Justin Bartha and Bradley Cooper. Directed by Tom Dey. [1:37]

SEX/NUDITY 6 - A man and a woman kiss in a car, they walk into a house while kissing, we see them moving under sheets, we see thrusting, and they are interrupted when the man's father walks into the room -- we see the man's bare chest and the woman's bare shoulders.
► A man comes out of a bathroom bare-chested and in boxer shorts and it is implied that he and a woman have had sex. A man and a woman kiss passionately, they lie back on a bed, they kiss, it is implied that they have sex and we see her leaving the man's room the next morning. A husband and wife lie on a sofa covered with a throw and it is implied that they are nude (we see bare shoulders, arms and legs) and that they have just had sex.
► A woman stands on a balcony partially blocked by a tree but we can see that she is nude (no details are visible). A woman shows a tattoo on her breast to friends at a cookout (the top part of the breast is visible). A man is fully nude (we see his bare buttocks, back and legs) and he turns around to talk to his son (we see his bare chest); he then moves around the back of a fish tank and his genitals are blocked by a large piece of coral that's in the tank. A woman wears low-cut tops and dresses that reveal cleavage in several scenes. Women taking yoga poses wear tight tops that reveal cleavage, bare abdomens and shoulders. Two men are bare-chested while surfing.
► A man and a woman kiss in several scenes. A man and a woman hug. A woman reclines in a chair in a furniture showroom and a man reclines in the chair next to her, they flirt briefly and make a date.
► Two women talk about one of them having sex with a man and a store salesperson listens to the conversation with interest. A man talks about how many times he and his wife have sex a week. A man talks about having a "naked room." A man talks about having an un-descended testicle. A man makes a sexist remark about "painting the skirt," referring to hitting a woman with a paint ball.

VIOLENCE/GORE 4 - A lizard bites a man's finger as he climbs a rock wall, he flinches, loses his grip, falls, slams back into the wall and crashes onto the ground below (he lies unconscious for a short time and we see blood on his finger).
► A man tries to feed a chipmunk, it bites him on the hand, he thrashes with the chipmunk still on his hand, flings the chipmunk off his hand and into the air, and when it comes back down it bites him on the buttock; the man then falls over a hill screaming (we see him with his hand bandaged later).
► A man with a BB gun shoots a bird out of a tree, he panics when he realizes that he might have killed it, carries it into a house and performs CPR on it, whereupon it is revived, bites the man's nose, flies frantically through the house breaking objects, and then flies out of the house.
► A man is pulled off his surfboard by a dolphin, which bites his foot (there's no blood) and drags him under the water. A man is knocked off a boat and into water, he is approached by a dolphin, and he is afraid it will bite him (it does not).
► A woman cries over a dog lying on a metal table in an animal hospital: she clings to a man standing with her, and a medical person injects the dog suggesting that it has been put to sleep (it turns out to be a sedative).
► A woman pulls duct tape off a man's mouth and he screams in pain. A man is bound and gagged and hidden in a closet. A man crashes his bicycle, flips over the handlebars and lands hard on his back.
► Several people in two teams shoot at each other with paint balls on a paintball course: we see some being struck by paint, one is struck repeatedly in the face mask and body and he twitches with each hit. A woman shoots a man in the foot with a paint ball.
► A woman imagines shooting a bird (we hear the gunshot), then tries to buy a gun to do the job, and the woman and the salesperson argue over the gun.
► A woman in an animal hospital talks about removing a part of dogs' anatomy in crude terms. We hear that a young woman died. A man thinks that woman is buying a gun to commit suicide. A woman yells at a man and apparently storms out of his house (we hear the ruckus).
► A man trying to eat a piece of squid with chopsticks flings a piece and it hits a woman sitting at a neighboring table.

MESSAGE - Through mutual deception and manipulation some may be able to find love. Finding the right person can help us move on with our lives. 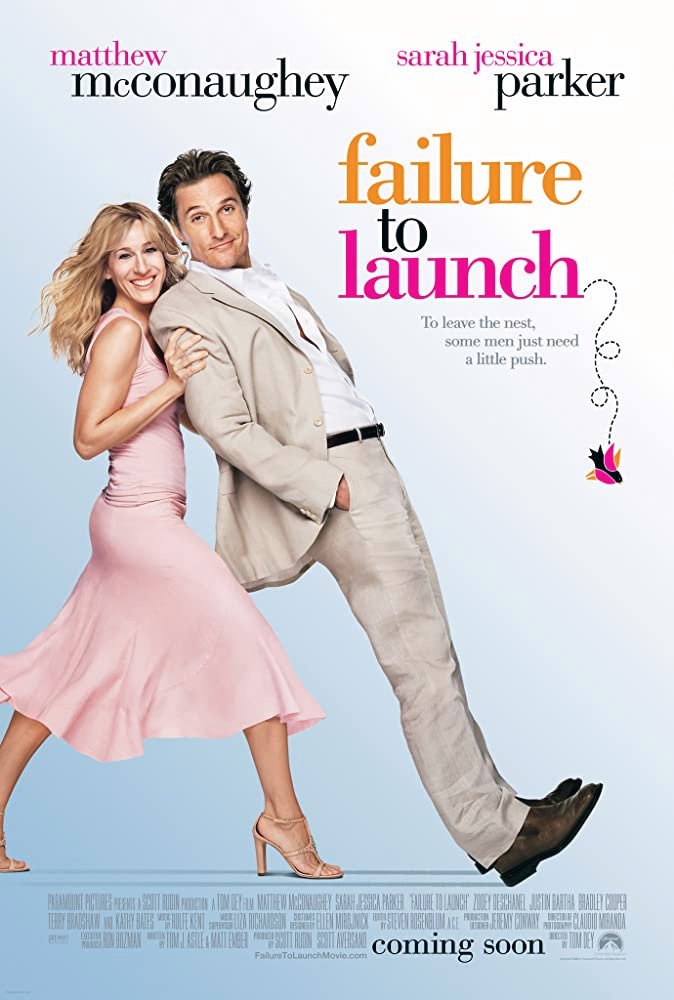