Joseph Gordon-Levitt narrates the story of his 500 days of almost-love with a co-worker (Zooey Deschanel): Working together for a greeting card company, they have entirely different ideas about relationships -- he is more serious about love and describes roller coaster happiness ruined by bitterness. Also with Geoffrey Arend, Chloe Grace Moretz, Minka Kelly, Clark Gregg, Rachel Boston and Matthew Gray Gubler. Directed by Marc Webb. [1:35]

SEX/NUDITY 6 - A man and a woman enter his apartment, he goes into the bathroom and when he comes out we see that she is in bed and the scene ends (sex is implied).
► A man and a woman enter the Adults Only room in a bookstore, marked by a hand drawn picture of disembodied bare breasts; they buy a porn film called "Sweet and Shower" and at his apartment we see the film box on top of the TV (we do not see the film). In a brief close-up of a black and white photo, we see a man with a large erect penis stretching against tight blues jeans and a female narrator says this friend of hers earned the nickname Puma for his penis.
► A preschool boy and preschool girl are shown in the sea with swimming pants and shirtless, revealing bare chests, backs, and legs. A man alone in bed at night is shirtless in two scenes. An adult woman is in a one-piece bathing suit. A brief close-up of a woman's knees is shown with a narrator stating, "I hate her knobby knees." A woman is shown in a V-necked shirt that reveals some cleavage. A woman is shown in a scoop necked blouse that reveals cleavage in a couple of scenes. A partially nude young child of indeterminate sex, dressed as an angel with wings and small shorts, appears in a dream briefly (we see bare chest, arms, and legs). In a greeting card company office, there are line drawings on the wall of child angels with sashes across their groins, but otherwise nude.
► A woman wearing a knee-length dress sits on a couch in a department store and we see her bare thighs up to her underwear; she and a man walk to a bed in the next department and lie on it talking as a family of 5 stares at them, and the couple kiss once quickly and then get up and leave the store, holding hands. Two scenes show a man and woman kissing briefly on a rooftop and inside an apartment during a party. Two scenes feature either of two sets of brides and grooms kissing briefly.
► We see some movements of hands near the top of a shower with an opaque shower curtain and then two people fall down as the scene ends.
► A woman walks over to a man, kisses and embraces him, and then returns to her desk without a word. A man and a woman sit on a bed in her apartment, fully clothed, kiss briefly twice, and talk about her life; she admits to having had three previous relationships (two with men and one with a woman) and that she does not want another relationship.
► A man and a woman sit in a public park and play a game where they each repeat the word "penis" more loudly each time for 6 repetitions each; they are yelling at the last repetition and three passing women scream and run away. A man and a woman hold hands on the street and another man yells at them, "Get a room." A man meets a woman and plans a date with her. A man makes a comment to a woman that he had 7 orgasms in their kitchen. A man says that his girlfriend "Probably had sex all weekend with some guy she met at the gym." A man's 10-year-old sister tells him about his sometimes-girlfriend, "You'll find her in bed with Lars from Norway that has Brad Pitt's face and Jesus' abs." A woman asks a man if he needs anything from the supply room at work and the man says, "I think you know what I need"; the woman walks away. A man tells another man that he is in love with a woman and we see a close-up of one of her bare shoulders, a narrow bra strap, and her face, followed by a close-up of a heart-shaped mole on her neck. A man in a bar asks a woman if she has a boyfriend, which she denies, he asks her if she is a lesbian and she denies this as well and argues against relationships. A man tells another man that the woman they are dining with is "a dude!" because she does not want a romantic relationship. A man and a woman speak briefly about whether they have a relationship or not. A man says that love is a flexible and cute girl. A man says that his dream girl is well endowed (using crude terms) and likes sports, but his girlfriend is better than his dream girl, because she is real. A man and a woman seated on a park bench hold hands briefly as a narrator states, "This is a boy meets girl story. It is not a love story." On a park bench, a woman tells her ex-boyfriend that her marriage was meant to be.


VIOLENCE/GORE 4 - At a bar, a man approaches a woman and her male friend and forces his attention on her; she says she is flattered, but asks him to go away, he refuses and laughs at the male friend who gets up and punches the man in the jaw; the man falls, gets up and punches the other man in the mouth (splitting his lower lip slightly and we see the man with an ice pack).
► A man and a woman argue about whether they are an actual couple or not; she says they are not and he becomes angry, curses, and leaves. A man stands up in a business meeting, shouts, curses, and then he quits and walks out, leaving the others in silence.
► In a silent film, a mime accepts a balloon from a man and then slaps him in the face and releases the balloon into the sky with a smirk. A man draws a cartoon picture of his girlfriend with a long knife blade dripping blood and his body in the background in a pool of blood. A man attends a party given by his estranged girlfriend; he is surprised that she shows another woman an engagement ring, he becomes angry and runs out of the building; the street, cars and buildings around him turn into line drawings, then disappear, he becomes a shadow and vanishes.
► A 10-year-old girl picks up a huge pair of shears and cuts off her long hair. A man stands in a kitchen, breaking several plates on a counter in frustration because his girlfriend left him.
► A boss in a greeting card company tells a depressed employee to channel his depression into funeral and sympathy cards and he says to express the feeling of having nothing to live for, no faith, and no confidence. A man and woman in the film speak about everyone suffering in life.
► In an art gallery, people view an exhibit of realistic looking coiled feces.

SUBSTANCE USE - A 10-year-old girl hands a glass of vodka to her adult brother and a half-full vodka bottle sits on the coffee table (we do not see the man drink), there are two separate scenes in a bar (with many people holding glasses and bottles of beer and cocktails and a few men and women in each scene speak and sing with slurred words and a man stumbles at the microphone and is carried to a cab), at an engagement party several people carry glasses of champagne and one man drinks, at a wedding dinner many guests drink beer, wines and cocktails, at a rooftop evening garden party dozens of drink wine, cocktails and beer, a couple drinks shots of liquor at a wedding, a man goes to the convenience store in his bathrobe and purchases a half-gallon of orange juice and a bottle of whiskey.

MESSAGE - True love is not a greeting card sentiment. 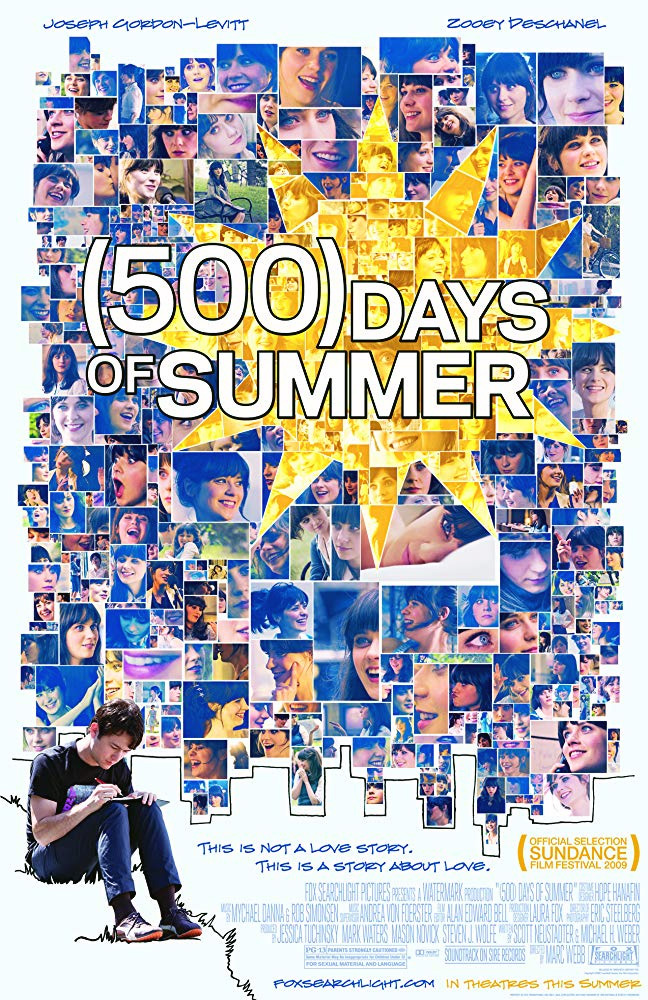