When a young man and a young woman (Alex Pettyfer and Gabriella Wilde) meet for the first time after their high school graduation, their passion for each other is relentless; but because the young woman's father (Bruce Greenwood) has career plans for her and the young man is not up to par in his eyes, he throws roadblocks in their way. Also with Joely Richardson, Robert Patrick, Rhys Wakefield, Dayo Okeniyi, Emma Rigby, Anna Enger and Fabianne Therese. Directed by Shana Feste. [1:43]

VIOLENCE/GORE 3 - A man takes a baseball bat and charges toward a young man who falls to the ground and the man raises the bat but is stopped before hitting him.
► A house begins to burn after a lit candle is tipped over and a man runs into a room to retrieve items; a young man comes to find him and is knocked out by a blast, they leave the room engulfed in flames and make their way out but beams fall and trap the young man (they both make it out covered with char and coughing).
► Police chase several young men and young women after they have broken into a zoo after hours; one young man climbs a fence and is caught on the other side and handcuffed. Two young men and a young woman speed in another man's sports car (they are valets at a restaurant); when they return to the restaurant, they are confronted by the car's owner and they squabble until one of the young men punches him in the face. A man talks to a young man about his past and police record and says that the young man beat a man that he found with his mother until he ended up in the hospital; the young man punches the man in the face and we see his bloody mouth.
► A young woman speeds away in a car after arguing with a young man and she is struck by another car (we see her in the hospital recovering later with bloody cuts and bruises on her face, and we hear that she has a broken wrist). When a man drops his keys on the ground for a valet to pick up and acts dismissively, the valet becomes angry and lunges toward him; he is stopped by another valet. A young man punches a heavy bag angrily.
► A man speaks about a young woman in a crude sexual manner. A man speaks in a threatening tone to a young man about not seeing his daughter in several scenes. Two men argue and one gives the other a restraining order against his son. A young man and a young woman argue bitterly. A woman confronts her husband about keeping their daughter away from a young man. A man becomes angry and confronts his son about being in his dead brother's old room and touching his things. A young woman tells a young man, "Lets be young and dumb."
► We hear that a young woman's older brother died of cancer and that she spent her life secluded since then. We see an X-ray of a patient in a hospital and a young woman talks about what he might be suffering from. We see a young man's bloody knuckles after he punched a man in the face.
► A man lifts up his young adult son and they fall to the ground (all in fun and no one is hurt). A young man working under a car bumps his head as he slides out to see a young woman.

SUBSTANCE USE - A young man says, "We're gonna do a little high" and then says "We're gonna do a lot of high" while gesturing smoking. Partygoers toast to a young woman at her graduation party (the underage attendees hold plastic cups and it is unclear what they are drinking while the adults drink champagne), a man drinks an alcoholic beverage on an airplane, a man has a drink on a table near him at home (we do not see him drink), a young woman holds a bottle of beer (we do not see her drinking), and glasses of champagne are poured and we see young men and young women drink.

MESSAGE - Love is a powerful emotion and is worth fighting for. 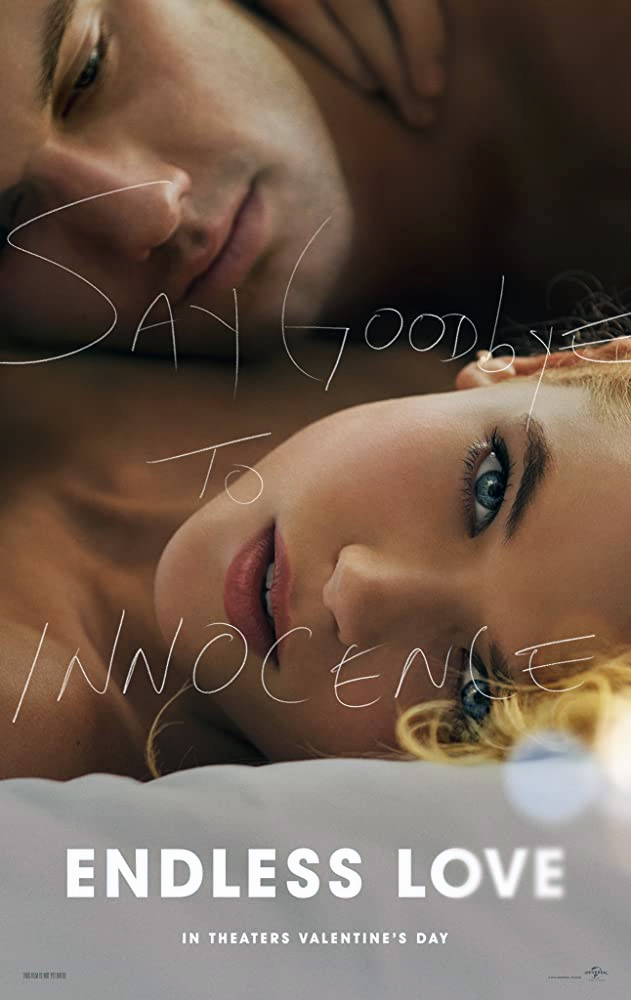