Biopic of Hector Lavoe (Marc Antony) who left Puerto Rico against his father's wishes and became the King of Salsa in the 1970s. Although he becomes an international star with the support of his wife Puchi (Jennifer Lopez), his success does not help him escape personal tragedy, as well as drugs, alcohol, and reckless living. Also with Vincent Laresca, John Ortiz, Manny Perez, Federico Castelluccio and Romi Dias. Directed by Leon Ichaso. [1:56]

SEX/NUDITY 7 - A parked car is shown rocking, implying a couple in the back seat having sex; the young woman is grimacing and yelling, "It hurts!" (they are fully clothed and we see some rhythmic movement of shoulders).
► A young man watches as a young woman dance, and she then sits on top of him as he lies on a couch, kisses him, unzips his trousers, places her hand into the front of his briefs, raises his shirt, and stokes his abdomen; he strokes his fingers down the middle of her chest and they kiss (it is implied that they have sex).
► A husband and wife have sex in bed: we see only their faces, their eyes are closed, and there are rhythmic shoulder movements (we see part of the man's bare shoulders, but hear no sounds).
► A man stands behind a woman is in a skimpy bra and panties, swaying side to side with her and caressing the front of her body; he then takes her into a hotel room and closes the door. A man stands behind a woman, and strokes his palms over her chest to her throat.
► A young woman kisses a man, puts a powdered drug in his mouth and kisses him again, she gets up, dances, stumbles, and falls on the floor. A young man and a young woman kiss in several scenes.
► A woman sits in a bubble bath covered with bubbles except for her shoulders and one knee, and her husband gets into the tub, fully clothed; they kiss and she puts her bare toes on his chest (the man then removes his shirt and we see his bare back).
► A husband and wife dance slowly while he keeps his hand on her right buttock. Two young women dance while holding wine glasses and rub their buttocks together, back-to-back. Couples dance in a club scene: some hold each other around the waist, and some women wear low-cut tops that expose cleavage.
► A scantily clad dancer gyrates on TV and a young woman dances similarly in front of the set, gyrating and shaking her hips; she wears a halter-top and tight short shorts. There are several concert crowd scenes with female spectators dancing -- some wear halter-tops that show cleavage and bare midriffs. A young woman dances on stage in a low-cut red dress that reveals cleavage and her bare back, and there is a slit on one side of the skirt, up to the top of the thigh. Several women in bikinis and some in bras and panties are with men who stand close to them in the hall of a hotel. A young woman is shown from the waist up in a black bra. We see a close-up shot of a woman wearing a thin halter-top dress and the outline of her nipples is visible. A young woman wears a low-cut gown that reveals cleavage and her bare back, and a young woman sits in a bubble bath (her bare shoulders and neck are visible).
► A man tells a young woman that he wants to see her have sex with another woman, she agrees if he will have sex with another man in front of her first, and he declines. A man tells his wife to get tested "just in case" for HIV, because he is HIV positive. A husband and his wife argue about sex and infidelity and she states sarcastically that she must be sleeping with his whole band, since he is unable to perform sexually because of drug use (please see the Violence/Gore category for more details). A young woman approaches a young man, he embraces her and says, "I love you," she says, "I'm late, several weeks late" (implying she is pregnant) and he then proposes and she accepts. A man tells a woman that he wants a family so they will have to make love in a Cadillac. A woman tells a reporter that she and another woman were pregnant by the same man at the same time.
► Two men use urinals; they are shown from the shoulders up.

VIOLENCE/GORE 3 - A pre-teen boy pulls a gun down from a shelf and sticks it into his waistband and we see people gathered at a gravesite afterward and hear that the boy was shot.
► A husband and wife yell at each other loudly in front of their son, they push each other very roughly, the man picks up an ashtray, breaks it, and then he storms out.
► A woman stumbles into a nightclub where her husband is singing, there is an argument between the two on the stage, and a scuffle occurs as the bouncers wrestle her to the floor; she cries and yells that their son was shot in the stomach.
► A man goes out onto a balcony, looks over the railing, climbs up, and jumps over; we see him later in a hospital where he is lying completely covered with sheets, except for his face which has streaks of blood (we hear that he bounced off the housing of an air conditioner, broke many bones, injured his insides and lived for another 5 years).
► A young woman yells and argues with a man. A young woman finds women in underwear and men indulging in drugs and she yells at everyone and the women run away. A young man and his father argue, and the latter disowns the young man, and walks off angrily. At a dinner table, one young woman attacks another young woman with insults. There is an argument in a drug den where a young man throws things and slams things down on tables.
► A young man sits on a chair in his bedroom with a gun in his hand; his wife awakens, frightened, the man puts away the gun and the scene cuts to a psychiatric hospital where he has been admitted. We see a handgun lying on an end table and there's a young boy sitting across the room -- no one touches the gun and the scene ends.
► A young man accuses his wife of sleeping with other men because she comes home in a very thin dress that shows her underwear lines; they argue, he grabs her, throws her down on a couch, there is more arguing and the scene ends as they leave in separate directions.
► We read that a man died at the age of 46 of drug related AIDS and his wife died in an accident.
► We see protesters in city streets and hear a protest song over the images, "Everyone prays for the war to end," implying the Vietnam Conflict. We see patients in a psychiatric hospital walking aimlessly through the halls and rooms.

SUBSTANCE USE - There are a few scenes where a woman snorts a powdered drug from a small vial, three scenes of men in a drug den injecting themselves with heroin, three scenes in which a woman administers a drug to a man and one in which she slips the vial into his jacket pocket, many scenes of men and women cutting lines of an unnamed powdered drug with a razor blade and snorting it through a straw, several scenes in which a man sits in the bathroom injecting heroin or has an empty hypodermic syringe and glassy-looking eyes that imply that he has just injected himself, a young woman teaches a man to smoke marijuana and try other drugs, and there are a few scenes where men and women stumble, sniff hard, and rub their noses, implying that they have just snorted a drug. There are many scenes in bars and nightclubs that feature drinking alcohol, a Santa Claus drinks and smokes as he gives a child a gift, a Santa Claus stumbles under the influence of alcohol, in a few scenes at outdoor concerts people drink beer, and there are several scenes of men drinking alcohol from bottles in paper bags. Men and women smoke cigarettes in many scenes, in several scenes men smoke cigars, and a spiritual advisor breathes large clouds of ritual smoke into the man's mouth while she drinks from a wine bottle. There is one scene where a man places a dozen bottles of prescribed medication on the nightstand.

MESSAGE - Success may be accompanied by many dangers. 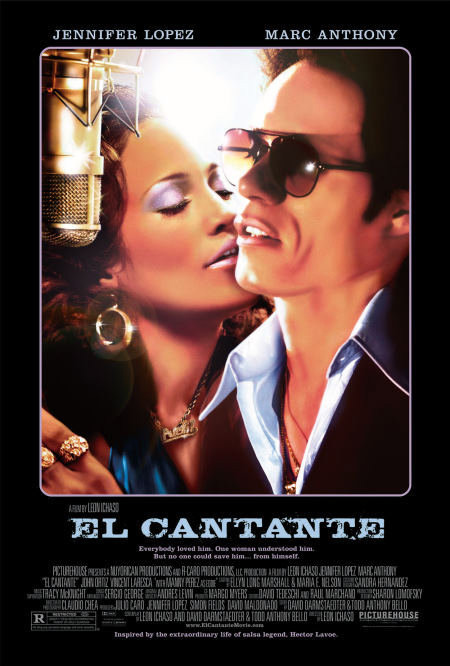