Set in London in 1961, this coming-of-age story involves a sixteen-year-old schoolgirl (Carey Mulligan) who is seduced by a charming thirtyish playboy (Peter Sarsgaard) and learns more than she bargains for about love, life and herself. Based on the memoir of Lynn Barber. Also with Emma Thompson, Alfred Molina, Olivia Williams, Dominic Cooper and Rosamund Pike. Directed by Lone Scherfig. [1:40]

SEX/NUDITY 6 - In a hotel room, a sixteen-year-old girl wearing a short nightgown covered by a sheer robe, tells a man in his thirties that she's a virgin and wants to stay that way until she's seventeen: the man suggests that they can still be romantic, she agrees as long as it's not actually sex, and he asks to "have a look" (meaning her breasts), and from behind we see her pull the straps of her nightgown down revealing her breasts to him (we only see her bare back); he comes close to her, pulls the straps of her nightgown back on and they hug.
► In a hotel scene, an older man and a teen girl kiss in bed (under the covers), the man gets up, revealing that he is wearing sweat pants (no shirt), he shows her a banana and suggests that they practice with it, to "get the messy bit over first with a banana"; the teen says she doesn't want to lose her virginity to a piece of fruit.
► A man lies in a hotel bed with his bare chest visible and a seventeen-year-old girl stands nearby wearing a nightgown (it is implied, but not seen, that they have just had sex); he asks her if the sex was too uncomfortable, she says not after the first bit and comments that she's surprised at all the poetry and songs that have been written about something that lasts no time at all.
► A man and teen girl lay next to each other on the ground and she kisses his cheek. A man and teen girl sit next to each other and the girl puts her arm around his shoulder and on his back. A teen girl dances with her older boyfriend's friend, who is also much older, and they look into each other's eyes as they dance, which is unsettling to their respective dates. An older man and a teen girl date, hold hands, dance on the street and share a kiss.
► An older man asks a teen girl to marry him. A man playfully holds a stuffed armadillo up to a teen girl and says it wants to kiss her.
► A married man with a child becomes engaged to another person. A reference is made to silly schoolgirls being seduced by glamorous older men. An older man obtains permission from her parents to take a teen girl away for a weekend.
► A woman assumes that a teen girl who is away for a weekend with a man has already slept with him; the woman offers a few times to find her a nightie to wear, the teen says she hasn't slept with the man, the woman assumes that's because she doesn't want to get "preggers," and the teen tells the woman she wants to save her first time for her seventeenth birthday. A teen girl is asked if she's taking precautions and a woman asks a teen if she is "in a family way." A teen girl tells a man that it's only going to happen once, and she clarifies that "the first time" can only happen once. A man suggests to a teen girl that they go away for the weekend, and she tells him that her father would have him arrested. A headmistress talks to a student about rumors that are going through the school regarding her dating an older man, and warns her about losing an important part of herself. A teen girl tells a man that there will be no "baby talk" and that she wants him to treat her like a grown up. Teen girls talk about their friend dating an older man and a comment is made that the man is a lot older. A teen comments that her friends have a Victorian attitude toward sex, and one girl says "ouch" implying that sex can hurt.
► A woman says that she had a life before she was married, and a comment is made that her husband put a stop to that. We hear that a married man has had numerous affairs and has gotten women pregnant. The phrase "lurid love life" is used in dialogue. A comment is made that one only needs a bed at a hotel. A teen receives a bouquet of flowers with a card that wishes her luck, and her father makes a comment that the sender of such a lavish token is wishing for more than that.
► A few teen boys tease and embarrass another boy by making kissing sounds in front of the girl he likes. A teen girl teases another girl by calling her older boyfriend a "man-friend." A student tries to give a gift to her teacher from her weekend trip with her older boyfriend, and the teacher makes it clear she doesn't approve of the relationship by not accepting the gift. Upon seeing a student's engagement ring, a teacher comments that engagement rings ruin lives.
► A singer at a cabaret wears a strapless dress. During an art auction, we see a classical portrait of female and male nudes: we see one breast and hairless genital area on the woman and a cloth covers the man's genitals. A nude painting on the wall is seen which shows a nude woman from behind.

VIOLENCE/GORE 1 - There is a conversation about a person who kills someone and doesn't feel anything, as well as a person not feeling anything if his mother dies and a teen chimes in and says she wouldn't feel anything if her mother died. The expression, "Going to my own funeral" is used. A comment is made about dying (not literally) after graduation, and a teacher says, "I'm sorry you think I'm dead." A reference is made to Russians dropping the nuclear bomb.
► Several derogatory comments are made: A man comments that Elgar and the Jews don't mix well, upon finding out that a man is Jewish a teen girl says, "I wasn't accusing you," the expression "Wandering Jew" is used twice, we hear "He's a Jew," as well as "I've got nothing against Jews," a teen girl is told, "Need I remind you, the Jews killed our Lord" to which she replies, "Our Lord was Jewish," a teen girl says she is going to "marry my Jew," a man in real estate is asked how he knows "Negro" people and he says that they have to live somewhere and can't rent off their own kind, a scene includes dialogue in which a man describes old ladies who are afraid of "colored people," a man befriends black families only to rent them flats in a white neighborhood, which scares away the older white homeowners and so he buys their flats at a cheap price, a person comments that "the French are rude" and "don't like us, and a woman says Oxford girls are ugly and fat.
► We see an old woman looking out her window in dismay at a black family on the street below. A teen girl gets into a car with a man she doesn't know. A husband and wife argue over money. A teen girl sobs.

SUBSTANCE USE - Adults and a teen girl smoke cigarettes in several scenes, a teen girl says she's going to smoke, and a teen offers her friends colorful Russian cigarettes and they smoke together. An adult offers a minor alcohol and cigarettes, a teen girl drinks alcohol and smokes at a jazz club with a group of adults, a person is asked if they would like a drink on a few occasions, a person asks for a drink that is warming, brandy, wine and champagne are consumed, a teen girl finds her parents and boyfriend slightly tipsy and says "Why are you drinking?" a person suggests that they order champagne, and a man takes a swig from a bottle of what looks like wine and a short time later drives his car.

MESSAGE - Beware older men bearing gifts. It's never too late to turn your life around after suffering from a lack of judgment. 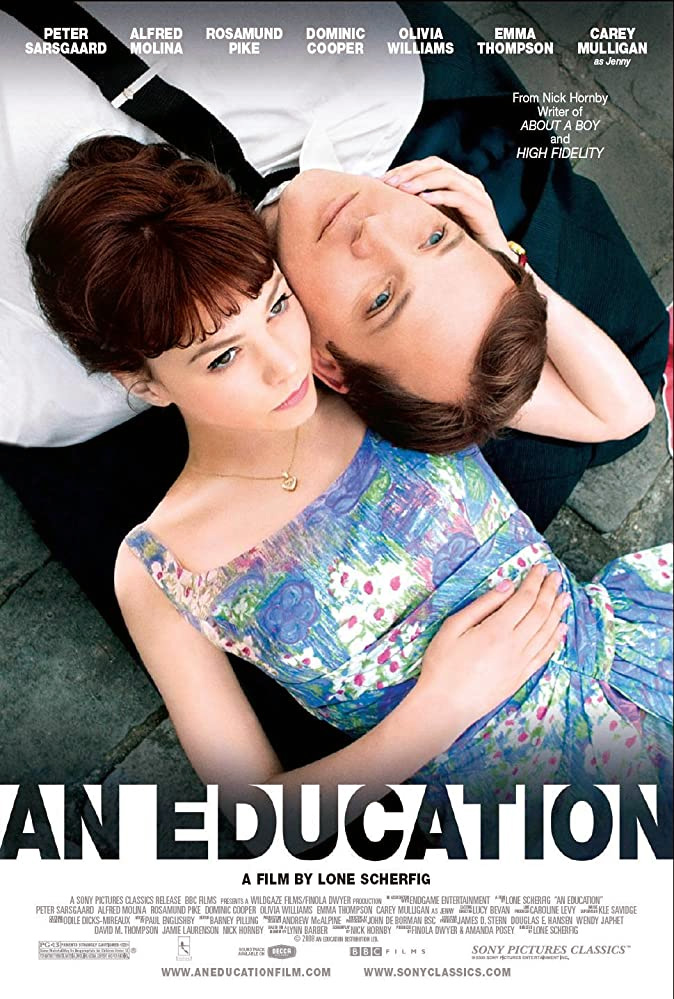