Black comedy about a young couple (Ben Stiller and Drew Barrymore) who think they found their perfect home in New York City's competitive real estate market: A huge, affordable brownstone in Brooklyn that happens to be a converted duplex apartment: But an apparently sweet old lady (Eileen Essell) lives in the upstairs apartment and she soon consumes every moment of their lives with inane requests that lead to various accidents. They have to wait until she leaves or dies -- naturally, or with a little help. Also with Harvey Fierstein, Swoosie Kurtz and Maya Rudolph. Directed by Danny DeVito. [1:37]

SEX/NUDITY 5 - A man and a woman kiss, they have sex, and we see them afterward when the woman sits up (we see her bare back and the man is bare-chested). A man and a woman kiss in bed, he takes off his shirt and we see his bare back and chest. A man and a woman kiss in bed, and a man and a woman kiss. A female doctor reaches under a man's hospital gown to examine his private parts and he appears to be enjoying it. An elderly woman accuses a man of forcing sex on her while she was unconscious (he is referred to as a sexual predator). An elderly woman undresses for a bath (we see her covered by bubbles), we see her reach under the bubbles with a sponge and hear her moaning. A man and a woman kiss a few times. An animated man and woman kiss. A man pulls up a woman's shirt to show her tummy (she's pregnant). A woman wears low-cut tops that reveal cleavage, a woman wears a sheer top and we can see her bra. A man finds a pair of woman's underwear in garbage, she sees him picking them up and thinks he's doing something sexual. A man and a woman are startled when they realize that a woman has watched them have sex. A woman refers to her husband as Big Dick and to her parrot as Little Dick and another woman refers to a man's private parts as Mr. Peabody. A man introduces himself as a pornographer and we see the covers of three pornographic movies that show women with cleavage and fishnet stockings.

VIOLENCE/GORE 5 - A man is shot through the shoulder with a spear gun, a woman grabs him and pulls on the spear (we see a bloody patch on his sweater), he falls back knocking a tree into a fireplace and setting it on fire; the woman lies unconscious on the floor with flames all around her. A woman accidentally shoots a man in the private parts, we see him in the hospital with his hand bandaged and a doctor describes, in clinical terms, his injury. A woman chokes on a piece of caramel, a man performs the Heimlich maneuver, she spits the caramel out (it sticks to another woman's forehead), she falls to the floor unconscious, he pounds on her chest and gives her mouth-to-mouth resuscitation. A woman sprays a man in the eyes with mace, he falls down stairs and we see him later with his arm in a sling and the skin around his eyes is red. A gas oven explodes throwing a man through the air (we see his singed face later), and a woman gets a charge from wires (her hair stands up). A woman imagines throwing an elderly woman down the stairs, and a man admits having imagined killing an elderly woman in various ways (decapitating, bludgeoning, dicing, asphyxiating). A man picks up a spear gun and accidentally fires it, nearly hitting a woman. A man falls from a window ledge and lands on a thorn bush (we see him pulling a thorn from his bloody toe). A man slips on icy stairs and lands hard on his back. A ceiling collapses, a woman nearly falls through from above and a man and a woman are nearly hit by the debris. A bird gets caught in a woman's hair, she screams and the bird thrashes around. We hear that a man is a hired killer. A man grabs a man's face and squeezes. A man yells and tears a book apart. We see a dead person. A woman is sprayed in the face with slimy food from a sink and she vomits on a man's face (we see the goo as she vomits and then see it on the man's face). An elderly woman coughs violently. A man sneezes and another man breathes in the spray. A computer catches fire, a man takes it outside smoldering, drops it on the street and a truck drives over it. A woman talks disparagingly about writers. A man spills foul garbage and has to pick it up (we see old, decayed food). Three people stand up and we hear what sounds like someone flatulating. A woman eats a raisin that has been sprayed with disinfectant (she's trying to prove it's not a mouse dropping), and a man and a woman contaminate popcorn with their flu germs and give it to a woman to eat. A woman chews a piece of hot dog, then spits it out to feed it to her bird.

SUBSTANCE USE - People are shown drinking alcohol and smoking. A man tries to sell a man drugs on the street.

MESSAGE - Anything that seems too good to be true probably is. Old people can be deadly. 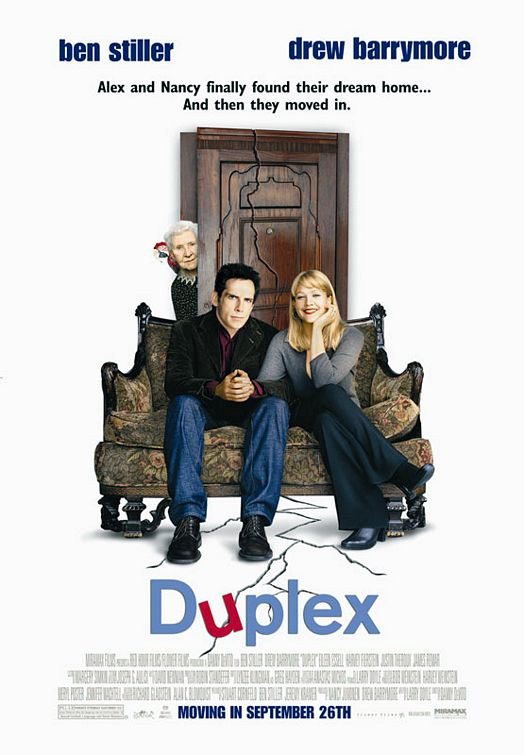