Why is “Dune” rated PG-13? The MPAA rating has been assigned for “sequences of strong violence, some disturbing images and suggestive material.” The Kids-In-Mind.com evaluation includes a near kiss, allusions to sexual assault, a nearly nude man, many scenes of people fighting with knives leading to the death of many with bloody wounds shown, scenes of attacks by giant sand worms, several scenes of flying vessels being shot down and exploding, threats of violence and injury, and some moderate language. Read our parents’ guide below for details on sexual content, violence & strong language. The first part of a planned two-part adaptation of the 1965 novel by Frank Herbert, set in the very distant future, when a powerful substance called “spice” is cherished by the known universe for its time-alerting properties. A young man (Timothée Chalamet), poised to take over from his father (Oscar Isaac) as they are granted control of a dangerous planet with an exclusive supply of the precious drug, has to figure out how to ensure the future of his family and his people. Also with Rebecca Ferguson, Zendaya, Jason Momoa, Stellan Skarsgård, Stephen McKinley Henderson, Josh Brolin, Javier Bardem, Sharon Duncan-Brewster, Chen Chang, Dave Bautista, David Dastmalchian and Charlotte Rampling. Directed by Denis Villeneuve. Several lines of dialogue are in a sign language with English subtitles. Several lines of dialogue are in unrecognizable languages with English subtitles. [Running Time: 2:35]

– A young man has a vision where he follows a young woman through a desert and into a cave where she moves close to him, touches his face and they nearly kiss (please see the Violence/Gore category for more details). A man rests his head in a woman’s lap and tells her, “I should have married you.”
► A man says of a woman he has taking captive, “I have never had a high-born” (sexual assault is implied) and another man says of a young man with the woman that he looks forward to a “long goodbye” with him (possibly implying a sexual assault). A woman is described as a man’s concubine. A young man tells his mother that he knows that she is pregnant.
► A fully nude man lies back in a chair and unable to move (we see his bare chest, abdomen, legs to the hips; his crotch are covered by a table). A young man sleeps shirtless in a few scenes (we see his bare back and his chest, abdomen and legs to the upper thighs when he sits up awake in one scene). A woman wears a dress that reveals her bare abdomen. Bodies are shown in boxes during a funeral ceremony and we see bare chests, abdomens and legs (crotches are covered with a cloth). A young man and a woman undress to put on special suits and we see the young man’s bare back, chest and abdomen.

– We hear that a chemical harvested from a planet’s surface has psychoactive properties, we hear that exposure to “spice” causes people’s eyes to turn blue, “spice” is referred to as a hallucinogen, and a man brings two sleeping pills to a young man. 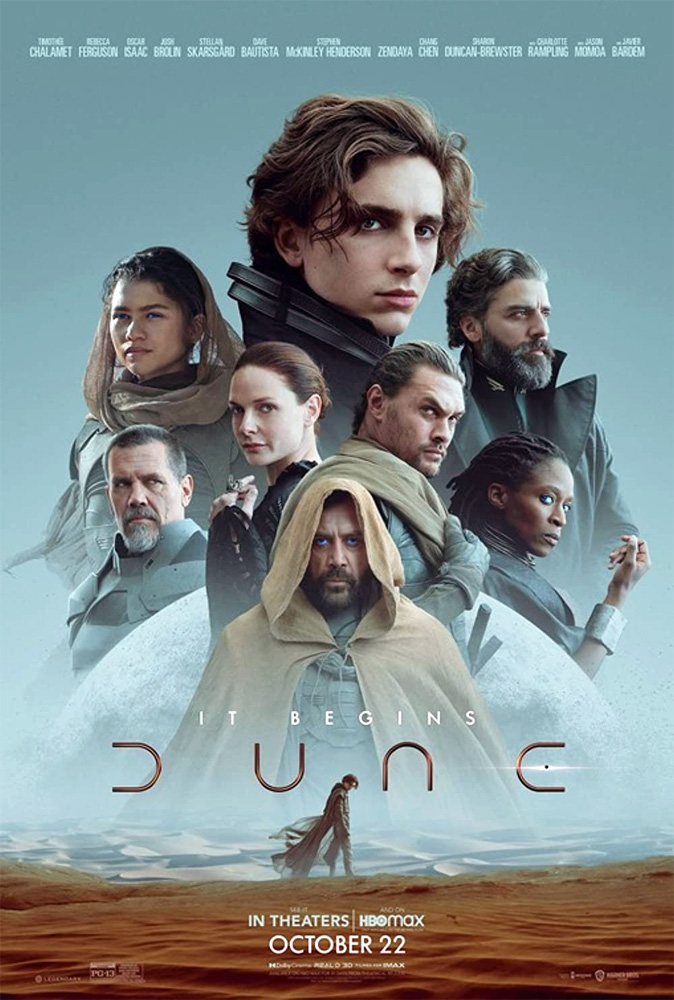