Why is “Dumbo” rated PG? The MPAA rating has been assigned for “peril/action, some thematic elements, and brief mild language.” The Kids-In-Mind.com evaluation includes a brief kiss, several scenes with women wearing cleavage revealing circus costumes, a scene of a circus tent collapsing and killing a man, many scenes of risky tricks and circus acts including trapeze performances and flying that end with a couple of people falling but without injuries, a circus compound engulfed in flames without injuries, separation of a baby elephant from its mother, wild animals kept in cages and shackled, and a smattering of insults and mild language.
Read our parents’ guide below for details on sexual content, violence & strong language.”

The classic Disney animated feature makes its transition to live-action movie: Set in the early 1900s, Dumbo, is a young elephant whose immense ears make him a laughingstock. That is, until he shows everyone that he can fly and he helps save a struggling circus. With Danny DeVito, Eva Green, Colin Farrell, Michael Keaton, Alan Arkin, Nico Parker and Finley Hobbins. Directed by Tim Burton. A few phrases are spoken in French without translation. [Running Time: 1:52]

– Many synchronized dancers wear costumes resembling leotards with short skirts that show cleavage and legs (covered with stockings) as they perform and we see one dancer’s skirt flip up when she stands on her hands and parts her legs (from an aerial view), and she later does a deep split. Several women wash a baby elephant in a large tub and the women’s outfits reveal cleavage. A man soaks in a tub with suds covering his abdomen and a cosmetic mask on his face (we see his bare chest and upper back). A painting of a mermaid is shown on the side of a circus train car (cleavage and bare abdomen are shown). A circus strongman wears a costume that reveals one full bare shoulder and bare legs to the upper thighs. A woman wears a costume like a modified leotard that reveals cleavage and legs to the hips (covered by stockings) in several scenes.
► A man and a woman kiss. A man kisses a woman on the cheek. A woman kisses a baby elephant on the head, the elephant wraps its trunk around her leg and we see lipstick on its head. A woman holds a man tightly around the waist while seated behind him on a horse.

- Several people drink champagne after a successful circus show, and a monkey hiding in a desk drawer is shown holding a flask.

- Don't let anyone say what you can and cannot do. 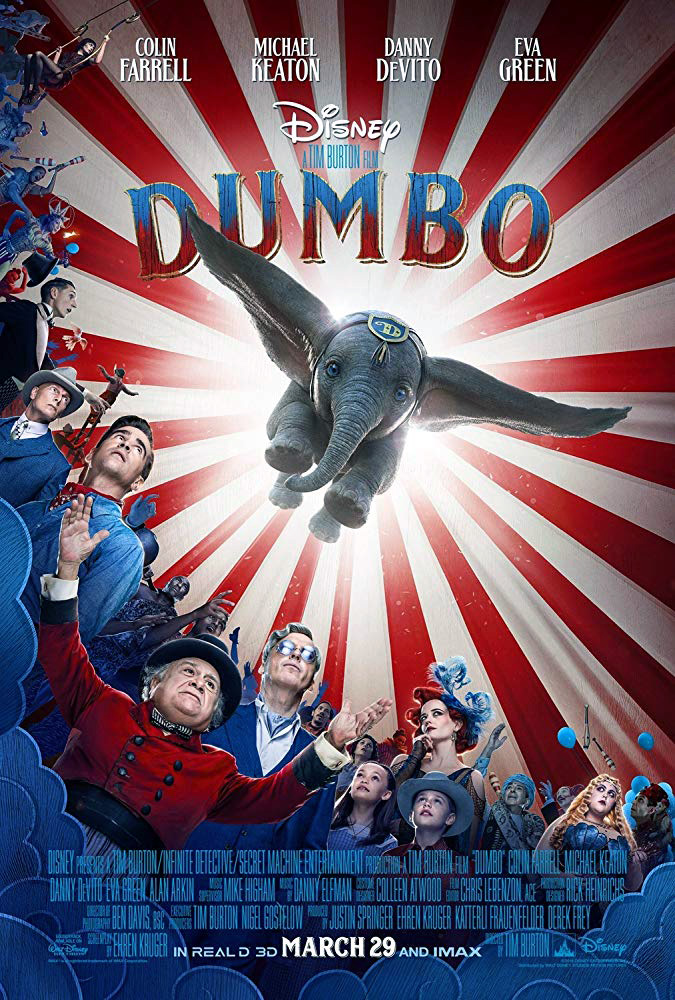