SEX/NUDITY 5 - Several instances of sexual innuendo (including a reference to fellatio and ménage a trois) and several kisses (including one between two women). A few scenes -- which are more comical than passionate -- take place in a motel room where a man and woman are having an affair: in two scenes they kiss passionately (in one scene she's wearing a leotard and he's shirtless), in another a man puts his head on a woman's lap (it's not implied that oral sex happens) and in another we see a woman wearing a leotard and holding a board game between her knees while a man unzips his pants (we briefly see the front of his underwear) and spins a game piece with his tongue. From a distance we see a man with an unbuttoned shirt and an S&M leather collar around his neck standing outside a motel room with a woman wearing an unbuttoned dress (she appears to be wearing a black negligee). A man squeezes a woman's clothed buttocks (we see this in a close-up) and briefly fondles her clothed breasts. A man flirts with a young teenage girl (it's innocent, with the exception of their age difference). We see a man with lipstick smeared on his lips and cheeks taking pictures of a woman wearing a cleavage-revealing top.

VIOLENCE/GORE 5 - Most of the violence has a humorous rather than a dramatic tone. A woman drives her car off a cliff and into a lake when her brakes fail; we see the car sink, then see it being pulled out (when a door is opened, we see her arm). We see someone fall into a lake and later being drowned by another person; we also see the body floating in the water and being pulled out by a few people. We see a man's arm stump throughout the movie and see four versions of how he lost his hand (all while reaching for a beer): in one scene he reaches into a wood chopper and in the other scenes his hand is chopped off by a women using a cleaver, cut off by a chainsaw and eaten by a fish (all of this is implied, as we never see him actually lose his hand; also, there's no blood or gore, but we do see his pained expression and hear him yelling). Someone holding a gun to their head is tackled; from behind a gravestone obscuring our view, we hear scuffling and two gunshots, but in the end no one is injured. A woman threatens a man with a frying pan and eventually hits him in the face with it (we see this scene again later in the movie). A man punches a woman; we see her twice with a black eye. A man grabs a woman by the throat and pushes her against a car; in another scene, a woman does the same to a man. A man flips a woman off a bed while they're kissing passionately. Several face slaps, a woman slaps a man in the arm, a woman grabs another from behind to restrain her and a man throws another to the ground. A person smashes a car's headlight with a golf club and throws the club at the car as it drives away (we see part of this scene again later in the movie); also, another person kicks and hits the car. A man on a ladder drops gardening shears and we hear a cat screech; in another scene, we see a man chasing a dog with a lawnmower and it's implied that he runs over and kills the dog (we don't see any of it happen). A man puts his hand on a table and quickly stabs the spaces between his fingers with a knife. Several scenes during which a woman screams and verbally threatens people; also, a few other verbal threats are made throughout the movie. A police officer pulls a drunk driver out of a car, then the driver vomits on the officer. A man burps.

MESSAGE - Bad people deserve bad things to happen to them. 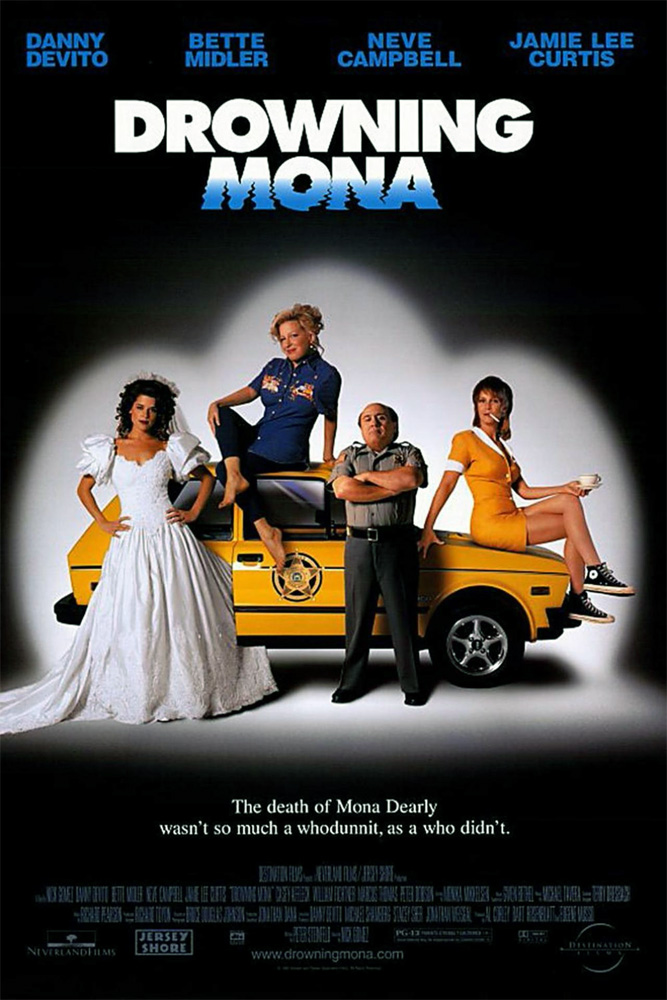