Set in Paris in 1968, a time of turmoil and student riots, an American college student (Michael Pitt) befriends a French young man (Louis Garrel) and his twin sister (Eva Green). The trio shares a love of the cinema and sexual adventure. Also with Jean-Pierre Kalfon and Anna Chancellor. Directed by Bernardo Bertolucci. [2:10]

VIOLENCE/GORE 4 - Police attack a group of people, hitting them with nightsticks (we see some people falling to the ground and being beaten). People march through streets in protest, fires burn, police in riot gear are lined up along the street, people throw Molotov cocktails into buildings, and a couple are thrown toward the line of police. Policemen with nightsticks charge the protestors, after firing tear gas in their direction. A young woman pounds on a door and yells for her brother who is apparently in the next room with another woman. A young woman attaches a hose to the gas valve and intends to kill herself and two young men. We see a film scene of a man being shot repeatedly and falling dead on the street (it's from the 1932 film "Scarface"). We see a film scene of a young woman rolling herself down a hill and landing in water (presumably to kill herself). A young woman is bloody after having had sex with a young man: her brother touches her between her legs, then the lover touches her, and they both have blood on their hands, the lover touches her face and they kiss and they both have blood on their faces. A young man and a young woman (brother and sister) argue, and insult each other in a few scenes: in one scene the young man throws a book at the young woman, and they wrestle. Two young men argue. A young man pretends to be having an attack: he gags and gasps and falls to the floor. A young woman's hair is singed when she leans over a candle flame. A rock is thrown through the window of a house where three people are sleeping. A painting shows wounded soldiers in a battle scene. A young woman appears to be chained to a gate (in protest). A young woman tries to shave a young man's pubic hair. A young man urinates in sinks in several scenes; in one scene we see a stream of urine and a toothbrush falls into the sink. A young woman bleeds in a bathtub (it is menstrual blood). We see drawings of internal organs. A young man spits in his hand (it's not clear why). A young man takes a bite of food and spits it out.

SUBSTANCE USE - People are shown smoking cigarettes and marijuana, and drinking alcohol.

MESSAGE - Some people cannot be changed. 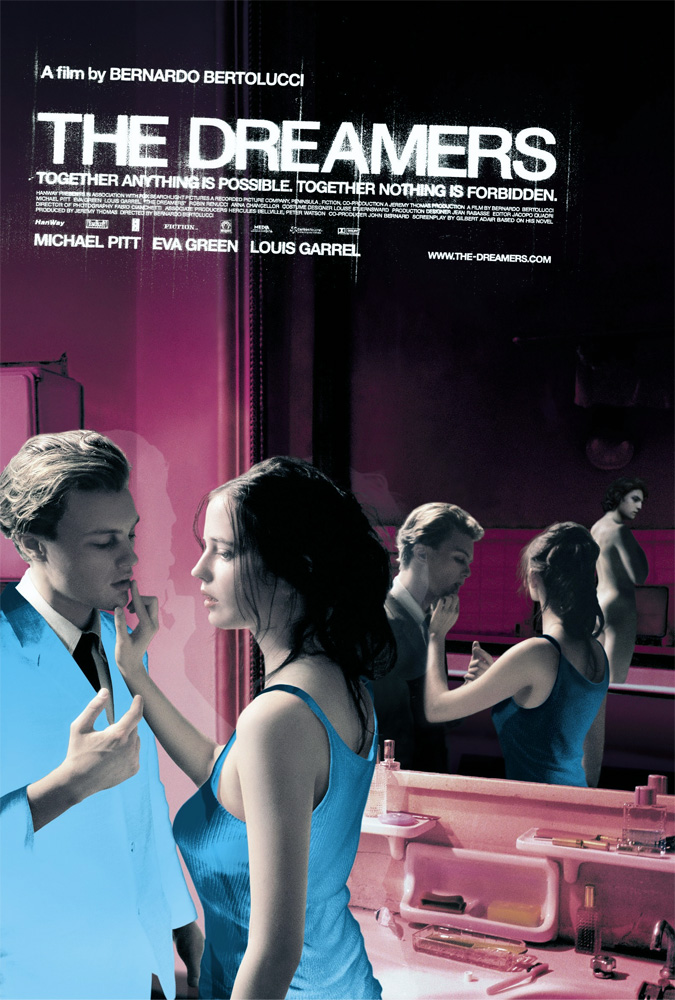