Based on true events: In 1996 a 14-year old girl (Meron Getnet) is abducted, beaten and raped in Ethiopia as part of a traditional "abduction for marriage" process. She takes matters into her own hands and fights for her freedom, but that leads to a prison cell and threat of a death sentence. Also with Tizita Hagere and Yeneneh Engedawok. Directed by Zeresenay Mehari. In Amharic with English subtitles. [1:39]

SEX/NUDITY 3 - A 14-year old girl is struck in the face by a man and she falls unconscious; it is understood that the man then rapes her (we do not see the act).
► A woman describes that if a girl is not a virgin, she is thrown out of her community and cannot go back to her family. Men talk about a 14-year old girl and say that she is strong and good looking and that she has good genes. A woman describes a young teen girl as being "well developed." A teen girl asks a woman why she is not married. A teen girl cries and says that she is no longer a virgin (after having been raped). A man describes that a teen girl lost her virginity by force. A man asks a woman about her "guy" and if he calls; she replies that he does.
► A woman wears several low-cut tops and dresses that reveal cleavage throughout the movie.

VIOLENCE/GORE 4 - A teenage girl sneaks away from her captors and takes a gun, she is spotted and chased by several men, she is surrounded by them in the woods and she fires a warning shot, and then shoots one of the men as he moves toward her (he falls dead and no blood is obvious); the other men chase the girl again and tackle her, then one man pins her down and holds a blade to her throat saying that they should cut her throat (they are stopped). Several men on horseback chase a car with a woman and a teen girl inside; the men shoot at the car as they speed away (no one is injured).
► A man enters a shack where a teenage girl has been held hostage; he hands her a beverage and then strikes her hard across the face (we see her fall unconscious and later see her with a bloody nose and bruises on her face) and the man pulls on her legs to lie her flat on the ground (we understand that he rapes her although we do not see the act); the man returns later and says, "Don't worry, you will soon be my wife.."
► A teenage girl runs through a field from her school toward her home; several armed men on horseback chase her and grab her, then ride to a shack where they lock her inside alone as she cries and pounds on the door. Several men argue, shout and shove each other when discussing the killing of a man. A woman confronts a man at his workplace and threatens to expose him about beating his wife if he doesn't stop; the man grabs her arm and pulls her gruffly before letting her go and she leaves.
► A teenage girl is shown in a prison cell and she has bruises on her face and a broken arm. A teen girl panics when the telephone rings and the television comes on in an apartment and she runs out and into the street where she is stopped by police officers. A teen girl climbs out of her bed at night and sleeps on the floor in a few scenes. A teen girl cries and pleads to go home when she is taken to an orphanage. A woman cries and pounds on her steering wheel in frustration. Police officers search an office for a teenage girl. A teenage girl is taken away from an orphanage by police and she and several other girls cry. Men outside a police station yell and call for a teen girl's death.
► A woman tells a man that his teenage daughter has been raped and that she has a broken arm. A police officer tells a woman that a teenage girl, "Knows what she did and she will pay with her life." A woman with a bruise on her face tells another woman in a legal aid office that her husband gets angry and drinks and beats her; she asks for help to make him stop. A wife says that she blames her husband for what happened to her daughter because he sent her to school. A man and a woman insist that two women stay to eat with them and that they will be rude if they do not. A man talks about his daughter having been abducted and married to a drunk and she has 4 children. A man talks about his daughter "Nearly killing her [her mother] at birth." During a gathering of men to discuss the killing of a man a man says, "She must be killed and buried with the man she murdered." A man declares that a teen girl should exiled and her family required to pay compensation for the killing of a man. A man says that if he ever sees a girl again he will take vengeance on her family. We hear that no one will testify on the behalf of a teen girl and that the villagers want her dead. We hear that there has never been a self-defense case awarded to a woman. A woman says that she was arrested when she was young because she refused to cook for a group. A teen girl says, "I can't save my sister, they will get her one day."
► A poster hanging on the wall of a legal aid office depicts a woman lying on the ground and a man raising his boot over her.
► A man urinates outside a shack and we see him from the back as he appears to be unfastening his trousers (no urine or flesh are shown).
► A police officer inspects food brought to a teenage girl in prison; the officer pokes the food with a pen, then forces the girl's father to eat some to make sure that it has not been poisoned.

LANGUAGE 1 - 1 scatological term, 6 religious exclamations (e.g. Oh My God, In The Name Of God, Praise God, The Good Lord, Thanks To The Lord).

SUBSTANCE USE - Two women drink glasses of whiskey in a bar.

MESSAGE - The rights of women are worth fighting for. 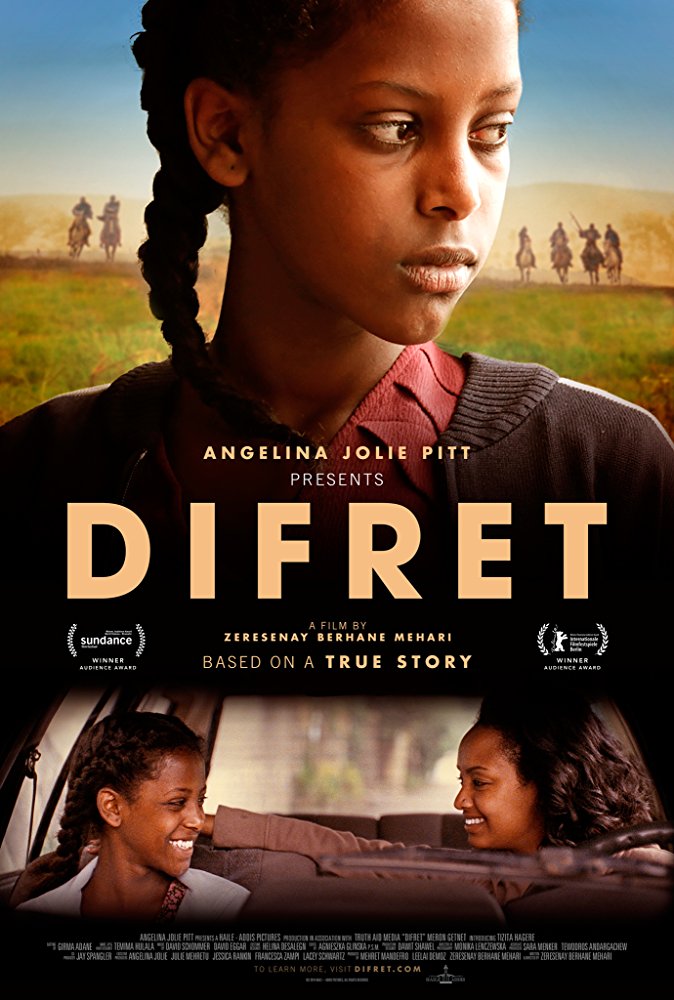