The third installment in the series: The hero (Zachary Gordon) is an eighth grader who wants to avoid the usual summer activities his family prefers. Instead, he decides to pretend he works at the local upscale country club, where his friends (Robert Capron and Peyton List) are members. Also with Steve Zahn, Devon Bostick, Rachael Harris and Karan Brar. Directed by David Bowers. [1:34]

SEX/NUDITY 2 - A teen girl allows an 8th grader to wipe away chocolate sauce sprayed accidentally onto her arm, with a strawberry, and eat it; he wiggles his eyebrows slightly and smiles.
► A middle school boy has a crush on a girl from his class; he tells his best friend and finally tells the girl that he wants to spend time with her and she smiles and holds his hand. A teen in a band sings Justin Bieber's "Baby" to a girl at her Sweet 16 party and she scowls; as he dances around her, they fall in spilled chocolate sauce and he asks her out (she rolls her eyes and says nothing).
► When a teen boy pretends to be drowning in a pool to attract the female lifeguard, a man jumps in, pulls him to the sidewalk and gives him mouth-to-mouth resuscitation; the boy shouts and cries.
► Swimming pool scenes at an overcrowded city pool and a country club pool feature boys and girls through high school age wearing bikinis or knee-length shorts. Two men at a swimming pool wear spandex brief-style swimsuits. A public pool's male dressing area is filled with overweight older men. We see the upper buttocks and buttock cleavage of several clothed men when they sit down on a bench. A teen boy wearing only shorts is shown sleeping. A 13-year-old wears a very short skirt for tennis and a white blouse that shows her bra through the thin fabric. A boy sits on a toilet at home in a side view and we see his bare thighs and lower legs.
► A middle-schooler falls off a high dive and loses his swimming shorts; he is embarrassed by his nudity when friends swim up to him (we do not see anything) and he grabs a pair of girl's swim trunks with "Princess" written on the back to get out of the pool, and he walks quite a distance to where his shorts were thrown by another child as people stare and laugh. Two short cartoons feature a boy wearing a tutu while dancing among butterflies (implying wimpiness)
► An 8th grade girl wearing a wedding band tells friends that she got married over the summer. Two teenage girls rudely tell the attractive 8th-grade sister of one of the girls that she will never be pretty.

SUBSTANCE USE - Waiters serve drinks to club members around a country club pool and we hear that some of the drinks are smoothies that look like alcoholic cream drinks (we do not see the adults drink and kids drink smoothies).

MESSAGE - Mistakes make a person interesting, if he or she learns from them. 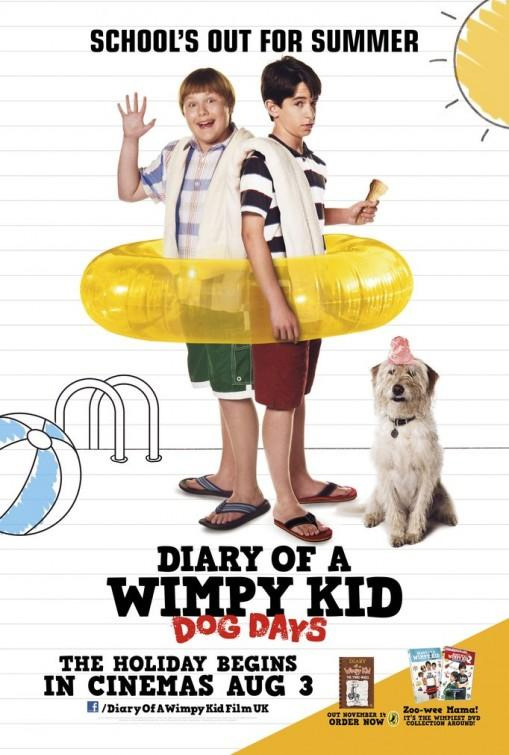