Based on the popular book series by Jeff Kinney: The first days of middle school are making a boy (Zachary Gordon) a nervous wreck. What is he supposed to do? Listen to his older bother, his mother, or his best friend? He thinks he knows better and winds up being the most unpopular kid in school. Also with Robert Capron, Rachael Harris, Steve Zahn, Devon Bostick and Chloe Grace Moretz. Directed by Thor Freudenthal. [1:33]

SEX/NUDITY 3 - There are several scenes that show a motorcycle magazine, which features a scantily clad woman on the cover (she's wearing a bikini that reveals cleavage, bare abdomen and legs); one scene involves a toddler looking at the magazine. A man wears a Speedo style bathing suit, revealing his bare chest, abdomen and legs. A boy is shown bare-chested and wearing boxer shorts when he gets out of bed. A teen boy is shown bare-chested, wearing low-slung jeans that reveal the top of his boxer shorts. Several boys remove their shirts for PE class and we see them bare-chested.
► A boy walks with his arms around two girls. A boy and his mother dance in unison and smack their buttocks several times.
► Boys and girls wrestle in PE class and a boy remarks, "I can't wrestle a girl, where do I grab her?"
► A boy tells another boy, "I love you." A boy tells another boy that he has a "cute butt." We hear that someone commented about a boy's "cute butt." Two boys wear the same clothes and other children mock them and sing the K-I-S-S-I-N-G song.

VIOLENCE/GORE 4 - Two boys yell at each other, and circle each other while a crowd chants "Fight, fight…"; they wrestle until the fight is broken up.
► Several boys tackle other boys in a PE class (no one appears injured). A boy grabs and picks up another boy. A boy throws apples at a girl, she throws one back, several other children join in and the girl tackles the boy to the ground. A teen boy shoves a boys' face into his armpit and indicates that he hasn't showered for 3 days. A man throws a bucket of water on a woman and a young girl and the girl cries.
► Three teens boys chase two boys into dark woods, and the two boys are frightened when they hear laughing and noises and see shadows that resemble demons with horns (it's another boy in a unicorn costume); they then run away screaming.
► A boy is thrown off a big wheel tricycle and lands in a large pile of snow (we see him later with a broken arm).
► Two boys with whirring lawn equipment approach three teens, who are threatening them: one of the equipment scratches their car and they chase the boys into nearby woods. Teen boys spray two other boys with a large hose, and then chase them and the boys hide inside a house while the older boys pound on the door. A teen boy chases a boy who runs away and locks himself in his room.
► A boy urinates in the bathroom, and a teen boy jumps out from behind a shower curtain and scares him, causing him to urinate on the teen (we see the stream). A toddler sits on a potty at a kitchen table while another boy eats breakfast, and we hear a trickle. A boy holds his crotch and twitches and squirms when he needs to urinate. We see a toddler using the toilet in a couple of scenes (his bare legs are visible).
► A boy sneezes into his sleeve a couple of times and we see smeared goo. A boy sneezes into his hands and we see goo on his face. A boy reads a letter and realizes that mucus is on the paper, under his thumb (we hear squishing and see green goo) and he collapses onto the floor. A boy picks his nose, and then chases another boy trying to touch him with what is on his finger. A boy lifts his shirt and we see a mole with a long hair growing out of it.
► We see a decaying slice of cheese on the ground in several scenes (it gets fuzzier and greener with each viewing). A boy is forced to pick up a decaying piece of cheese and eat it (we see the cheese with a few bites missing). A boy touches a decaying piece of cheese, we hear a sizzle and many children around him run and scream. Several children touch each other (passing on the "cheese touch") and others run away from them screaming. A boy peels chewed gum off the inside of a locker door and puts it in his mouth. A boy rushing to eat breakfast pours cereal, milk and sugar in his mouth, spilling some of each on himself.
► A girl yells at a teacher, a boy and a crowd of people, and stomps her feet loudly in a few scenes. A woman yells at a boy. A boy scares a toddler by telling him there is a monster in the toilet and the toddler screams and cries.
► A teen boy tells a story about devil worshippers who cooked children in pizza ovens and ate them and that the ovens then burned down the house and they all died. A teen tells a boy, "You're dead." A teen boy tells two boys, "I'm gonna rip off your arms and punch you with your own fists." A boy allows another boy to take the blame for something that he did. A boy tells another boy that they are not friends anymore. A boy talks about another boy having mono and that he'll be out of school for three months. A teen boy tells another teen boy "Pull my finger" -- he does not. A man enters his teen son's room and remarks "what is that smell?"
► A boy leads a group of younger children into a large hole in the ground in a construction site and leaves them there. Boys and girls wrestle in PE class and one girl pins a boy and mocks him.
► We see an animated line drawing of a boy punching another boy.

SUBSTANCE USE - A van parks, the doors open and a large cloud of smoke pours out (it's not clear whether it is from drugs or tobacco).

MESSAGE - Our choices make us who we are. 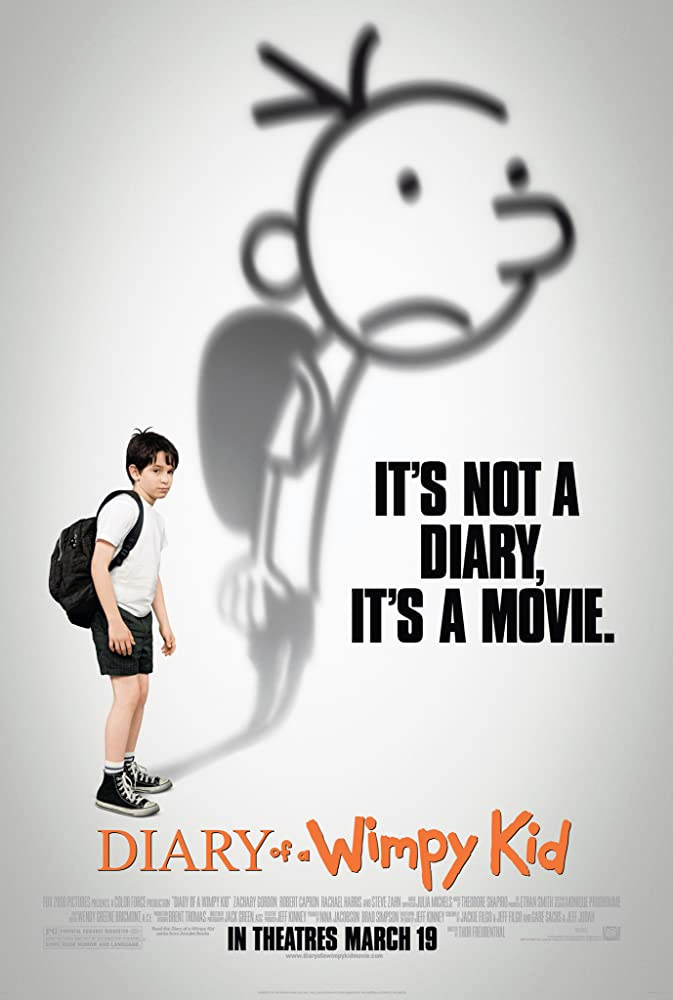