SEX/NUDITY 6 - There is an overall sense and depiction of promiscuity and sexual recklessness throughout the film. A man and a woman lie in bed together presumably after having had sex (we see his bare chest and her bare shoulders), she kisses his shoulder, they hug, caress each other, and then they kiss while she lies back and he lies on top of her. A man goes to his wife's bedroom, she lies in bed in a nightgown (revealing cleavage and bare shoulders), they talk about having children, they kiss, and she says, "let's play." A man and a woman kiss in several scenes, a woman kisses a man, a woman kisses a man's ear passionately, and a man kisses a woman on the cheek. A man lies in bed nude, covered with a sheet across his waist and hips, another man dresses (suggesting that they have had sex), the men kiss and one man touches the other's face tenderly. Two men ride in a horse-drawn carriage, the carriage stops, one man leaves the carriage and says, "I'll find trouble of my own in the ramble," leaving the other man with the male driver, and it is implied that they have sex. We see a men's club (it is implied that it is a gay men's club) where men dance together, men embrace each other, men kiss and two men kiss passionately in a darkened hallway. Two men hug and caress each other briefly while a voice-over tells us that a man "wanted to experience every kind of love." Several men lounge around a pool, some appear to be in couples (one man leans against another man in a lounge chair). A man invites another man to a party and he asks him "have you got plenty of company lined up?" (implying other men). A woman sings a song about passion wearing an opaque gown (we see the outline of her thighs), and another woman sings a song wearing a low-cut gown that reveals her bare back and the side of her breast. A woman wears a low-cut dress that reveals bare back, shoulders and cleavage and other women wear evening gowns with similar exposure. A man wears a costume that consists of tights and he is bare-chested. Women wear low-cut dresses that reveal cleavage, and women wear stage costumes of short skirts that reveal bare thighs. A man and a woman hold hands, flirt and he serenades her with romantic love songs, in several scenes. A man kisses a woman's hand. A man and a woman dance close together and he dips her. Men and women dance together in a few scenes, men dance together in a few scenes. A song's title and lyrics say "Let's Mis-behave," another talks about "Let's do it, let's fall in love," and another refers to "Anything Goes." Most of Cole Porter's songs are about romance and love and thus contain romantic lyrics.

VIOLENCE/GORE 3 - A horse rears, throwing his rider, the horse falls on the ground on top of the rider, it tries to get up and rolls back onto the rider's leg (we hear crunching and the rider falls unconscious). A man pushes a woman against a wall, they argue and we hear that he has been physically abusive to her. A man screams in pain when he tries to use his injured legs to operate the pedals on a piano, and a doctor talks about having to amputate a man's injured legs. Also, we hear that a man has had numerous surgeries to repair his injured leg, and we see a man using braces to walk after his leg has been amputated. A woman winces and we see a spot of blood on her dress (we are told that she has had a miscarriage). We see X-rays of a woman's badly damaged lungs and a man's injured leg. A woman coughs repeatedly and appears very ill in several scenes, and we see an iron lung in one scene. We see the funeral of a young boy (he died of tuberculosis) and his family grieving. We also see another funeral where people are grieving. People pretend to slap each other during a musical number, and a song's lyrics include a line, "he ate his wife."

People are shown smoking cigarettes non-stop throughout the movie, and one character ends up dying from lung cancer. Also people are shown drinking alcohol. 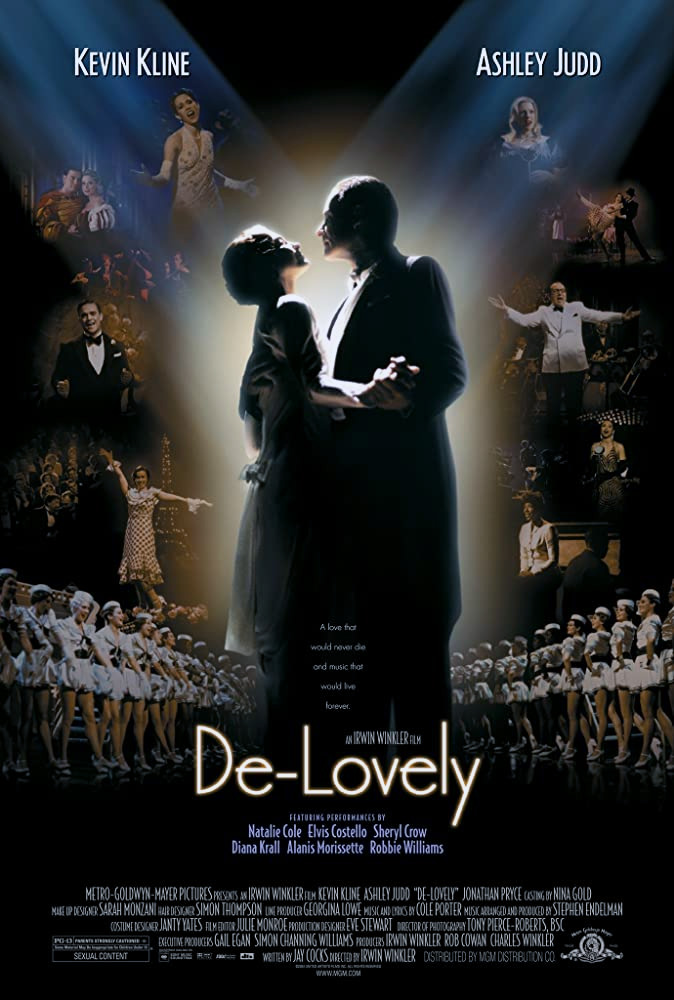