An inept but likeable sperm donor (Vince Vaughn) that donated for cash in his youth, discovers that he is the father of over 500 adult children and many of them are suing to learn his identity. In addition, he owes money to the Mafia and is estranged from his pregnant girlfriend (Cobie Smulders), who thinks he would be a horrid father. Also with Chris Pratt, Bobby Moynihan, Simon Delaney and Andrzej Blumenfeld. Directed by Ken Scott. [1:45]

SEX/NUDITY 4 - Three male construction workers whistle at a woman wearing a denim miniskirt as she walks down the street, ignoring them; we see partially bared thighs and knees as she walks away from the camera and one of the men calls out, "I need a hand here" and points to his crotch to imply sex. We see an ultrasound of a fetus with the mom's belly partially exposed. Several indoor swimming pool scenes feature half a dozen men wearing knee-length swim trunks; we see bare chests, backs, shoulders and arms. A man's bathrobe reveals bare lower legs and feet. A man wears shorts that reveal his knees and lower legs. A man lying clothed in a bathtub has a T-shirt that rides up and reveals his navel and part of his abdomen. A woman wearing a tank top is about six months pregnant, sporting a swollen belly. A weekend campout at a lake features over a hundred adult half-siblings wearing bikinis or knee-length swimming shorts while several women reveal bare shoulders, arms, abdomens, thighs and legs, with a little cleavage and as a line of men dive into the lake, we see full bare chests, arms and shoulders.
► A gay man kisses one of three different men on the lips in three scenes: In one of the scenes, a store window features a dummy of a muscular male torso and thighs wearing red velvet boxer shorts and suspenders.
► A man and a woman are dating and when she becomes pregnant and she breaks up with the man because she believes him to be irresponsible; when she tells him about her pregnancy, he looks shocked, then happy and when he tells his brother later he hugs him in congratulations.
► We hear that a man donated to a sperm bank 693 times for cash in his younger days; this fact appears several times in TV and newspaper reports and in court and an attorney tells the man that his sperm was high quality and overused by the sperm bank, to the exclusion of other donations.
► A man says to his male friend, "Tell your girlfriend to get an abortion." A man says, "My kids are old enough to know they can't be aborted." A man says that after having four children, he has difficulty reaching a full erection. A man says that he should never have impregnated his wife, because it is a lot of work to prepare for a baby and to raise a child. A man tells another man to stop "wrestling the dragon" alone (i.e. masturbating) in fertility clinics for money. A husband says to a male friend, "My wife keeps sleeping with men I don't like." A man tells his pregnant girlfriend that the pregnancy and child are the most beautiful things that can ever happen to a person. A lawyer interviewed after a trial covers a mistaken comment with a shout-out to his "gay lover," who is his client and not a lover; he then tells his friend that his attorney's hyper-critical mother called him up and said she was not surprised the lawyer is gay.

VIOLENCE/GORE 4 - A man tells a bank loan officer that if he does not receive a loan, someone will come and drown him; a few days later, two thugs wait inside the man's apartment and as he enters, one thug tackles him and beats him below screen (we hear some pounding); the camera cuts to both thugs holding the man under water in the bathtub and the scene ends.
► A man falls three times, hitting his back and head while using a diving board at an indoor pool; the third time, he receives CPR and spits out water.
► A man who brought in a pizza delivery finds a woman unconscious from a heroin overdose (please see the Substance Use category for more details); the man rides with her in an emergency vehicle and we see her recovered; she refuses to accept an offer of rehabilitation, arguing with the man and two orderlies that grabbed her when she tried to leave the hospital.
► A woman speaking on a cell phone and demanding money owed to her becomes so angry that she throws the phone, breaking it on the floor. A woman and her boyfriend argue about the proper way to raise a child and the woman breaks up with the man. A man shouts at a construction worker for whistling and making rude comments at a woman walking on the sidewalk (please see the Sex/Nudity category for more details). Two men argue very loudly about bad business decisions. Three brothers argue loudly in the back room at work about money problems. Lawyers in a courtroom shout several times. A lawyer argues loudly with his client in a law office.
► A meat market features raw sides of pork hanging at the side of a butchering floor with hams, sausages, and other cuts of raw meat are stacked on counters for wrapping; later, three men wearing heavy rubber aprons scrub the meat-cutting floor with bristled push brooms that cause yellow soapsuds to bloom among a little pooled pig blood. A vegetarian asks a meat shop worker if he murders animals and he replies that he only delivers the meat; the vegetarian hires on with the meat shop and we see him carrying legs of butchered pigs around the cutting floor.
► A father brags about his infant "pooping." A woman points to a boy picking his nose and says the child is eating his own booger (we see nothing placed into his mouth).
► In a nursing home, a man finds a younger man disabled and in a wheelchair, twitching with tics, spasms, and facial grimaces; the younger man needs lifting to and from his wheelchair and bed; he is unable to talk, but can smile. As a man pounds at the door of his girlfriend's apartment, an EMT vehicle with sirens and flashing lights pulls to the curb; the camera cuts to the man waiting in a hospital corridor and a doctor approaching him; we then see a newborn infant in a hospital room and the girlfriend lying in bed with vital-sign wires attached to her (we hear that the baby was premature, but doing well). A mother and a baby lie in a hospital bed, with wires attached to the mother for readings on a vital signs machine.

SUBSTANCE USE - A man discovers that one of his adult children uses heroin, a man enters his daughter's bedroom and finds her lying on a bed with a leather belt strapped around one bicep and she trembles (please see the Violence/Gore category for more details), we see several marijuana plants growing in an apartment with yellowed and dying leaves, a man asks a friend for help with his dying marijuana plants and the friend refuses, a man grows marijuana plants but finally throws all of them out in two garbage bags and a garbage man stops his truck and steals two bags of dead marijuana plants. A man holds a can of beer while sitting in a friend's backyard, two men drink from beer bottles at a bar while men and women at tables drink from beer bottles, we see bottles of liquor on a back bar, a coffee shop features a back bar with two shelves of liquor bottles, bottles of wine sit on the table and a side table while men and women (including a pregnant woman) drink wine at a family dinner, and a man helps a younger man who is drunk into a taxi and the drunk man slurs his words and speaks loudly while dancing around before sitting in the cab.

MESSAGE - Parenthood is a miracle and normalcy is not always the best life choice. 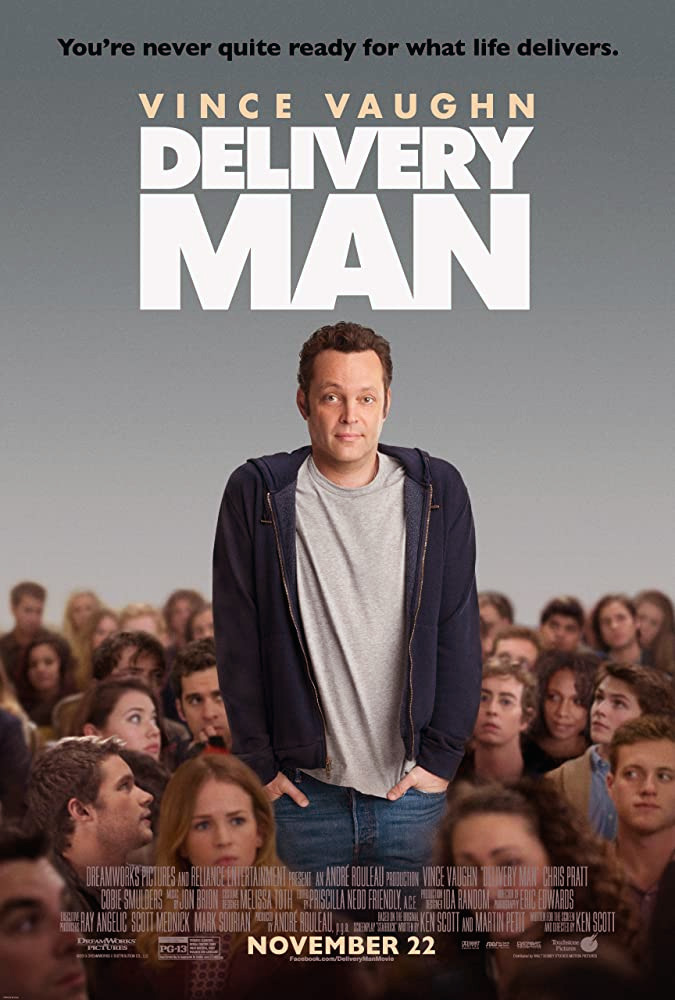