The story follows an NYPD detective (Eric Bana) in the Bronx, as he's approached by a priest (Edgar Ramirez) who insists on helping with a case he feels it involves demonic possession. Together, they work to solve the case and confront many instances of paranormal intrigue. Also with Sean Harris, Olivia Munn and Joel McHale. Directed by Scott Derrickson. [1:58]

SEX/NUDITY 3 - A husband and his wife hug briefly in two scenes. A husband and his wife lie in bed; he is fully clothed and she is wearing a tank top with a quilt covering the rest of her body (the shape of her nipples seem visible through her tank top as the scene ends).
► A man who appears to be nude jumps out of a wall in a dark basement and we see what looks like a side view of nude buttocks, thighs, legs, shoulders and arms. A magazine picture of a nude woman has faces pasted over the breasts and a huge laughing mouth pasted at the groin area; we can see a bare shoulders, arms, abdomen, navel and partial thighs. A woman wears two dresses that reveal some cleavage. Three men appear shirtless; two have tattooed stars and patterns along their shoulder blades and upper back while the third man has Latin words and Persian symbols carved into his entire chest and much of his back.
► We hear that a criminal called Marvin the Molester is charged with 11 cases of child molestation and two counts of child murder. A priest tells a colleague that he had sex with a parishioner who became pregnant and had an abortion; in another scene, a man tells the priest that the baby was not aborted, but we hear that this is a lie. A woman in a bar tells a man that he looks good sweaty; he wishes her good night and leaves. A man berates a priest for taking a vow of celibacy and the priest ignores the remark.

SUBSTANCE USE - A doctor says that a patient is heavily sedated, a priest says that he used to do drugs until he woke up nude in a public square in a pool of urine with a needle for a speedball (heroine-cocaine mix) still in his arm and he joined Narcotic Anonymous, and police officers ask several people if drugs are connected to murders and beatings (the answer is no). A man drinks a bottle of beer at home, a man drinks whisky and a woman drinks wine at a bar where there are bottles of liquor lined up along the back, and two men drink whisky in short glasses in a bar. A woman smokes at home, a priest smokes cigarettes in several scenes (in a car, in a police station and on a sidewalk), and a cigarette is lit in close-up and the camera cuts to a priest exhaling smoke.

MESSAGE - Vengeance is not justice. 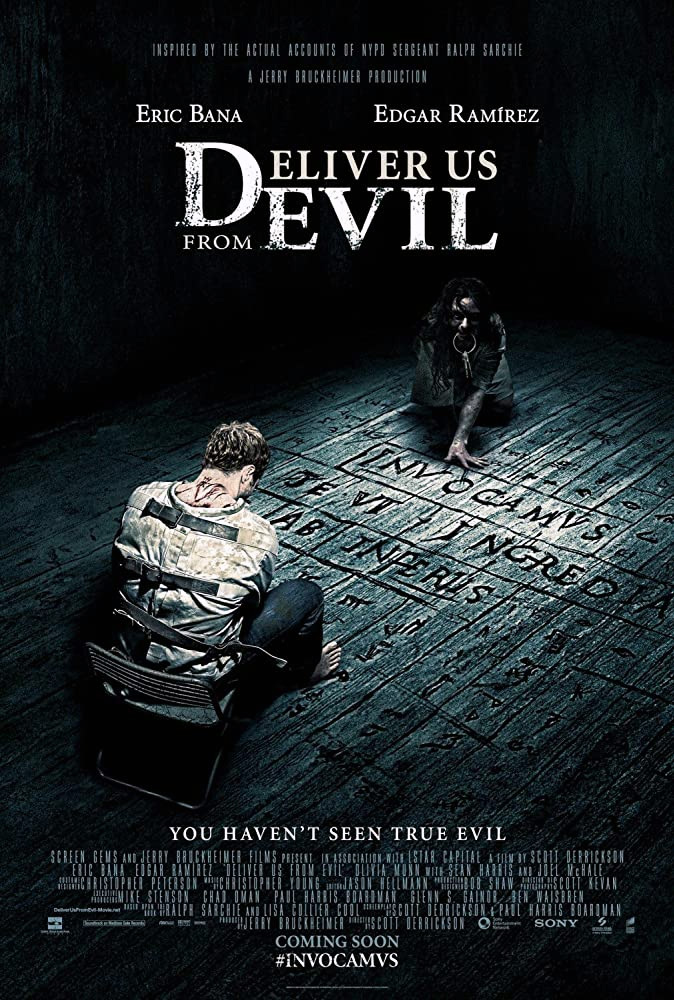