Adapted from a 1952 play by Terence Rattigan: Rachel Weisz stars as a woman who falls for a handsome RAF pilot and recent veteran of WWII and leaves her passionless marriage to a much older high court judge for him. After she attempts to kill herself, she experiences a series of flashbacks from events that had drastically changed her life. Also with Tom Hiddleston and Simon Russell Beale. Directed by Terence Davies. [1:38]

SEX/NUDITY 6 - A man and a woman are seen in bed together and they are both fully nude (we see them from the side and their bare hips, thighs and sides are visible) and they have sex; we later see them in bed next to one another while the woman rubs the man's bare chest (the woman is wearing a nightgown) and she kisses his shoulder. A man wraps his arms around a woman's waist and kisses her cheek, they kiss passionately, and the man runs his hands over the woman and opens her robe to show a nightgown. A man and a woman kiss passionately and a man walking past them chides them for kissing in the street. A man and woman kiss one another passionately while the woman is reclined on a sofa and the man is sitting on the ground. A man and a woman share a long but gentle kiss and hold one another.
► A man and a woman dance and the man seductively kisses the woman's hand as they dance. A man takes a woman's hands in his and compliments her appearance. Men and women kiss one another on the cheek in greeting.
► A husband asks his wife if she had been engaged in an affair, and the woman says yes and implies that she had begun the affair because their love life had fizzled. An older woman chides a woman, warning her to "beware of passion" and replace it with "a guarded enthusiasm" because it is safer. An older woman tells another woman that she neither condones nor condemns a woman when she discovers that the woman is living as married with a man that is not her husband. A man jokingly asks a woman how he was conceived if she and her husband must sleep in twin beds.

VIOLENCE/GORE 4 - A woman purposefully breaks a heater so that gas seeps out, she lies down to sleep as gas fills the room (we assume she is trying to kill herself) and we later see the woman unharmed; her suicide attempt presumably failed.
► We see a woman and she appears to be unconscious as an older woman shouts the unconscious woman's name and calls for an older man, who slaps the woman's face and asks "how many" (implied to be pills) to which the woman responds "12" and the man injects the woman with a liquid-filled syringe and seconds later she vomits a slurry of pills into a basin; we hear her gagging and see the vomit leave her mouth.
► An older woman tells an older man that she thinks a woman is dying, and the older man warns a man that the woman will probably try to kill herself again. A woman states that another woman had tried to kill herself and an older man and an older woman shout "No" when a man suggests they call the police in response to a woman's suicide attempt. A man asks a woman if she had truly tried to kill herself and the woman says she had tried.
► An elderly man appears to be very ill, he moans in pain and an older woman tries to comfort him and she remarks to a woman that her husband is ill.
► A man storms out of an apartment, a woman shouts after he reads a letter (it is implied that the letter reveals that the woman had attempted suicide) and she runs after him. A husband angrily tells his wife that he will not grant her a divorce and leaves the car after the woman angrily raises her voice and then apologizes. A man shouts at a woman, reading aloud a portion of a suicide note that the woman had written and the woman is very upset; another man shouts at the angry man, telling him to give the woman a chance. A woman shouts at a man after he brings up that he "saved people from invasion," the woman remarks that the man is experiencing mental health issues, and the man shouts angrily in response and storms away. A man approaches another man and a woman and insults the man repeatedly; the woman dismisses the other man, saying he is drunk and the man storms away after saying that he is "suffering abuse." A man tells a woman that he was "hoping to gloat" when he came to visit a woman who had recently attempted suicide; the woman asks the man to clarify that attempted suicide was a crime and that she was speaking to a judge. An older woman makes a series of snide remarks to a woman; the woman rebukes the older woman's remarks, saying that she has never grown used to insensitivity. A man explains to a woman that he had survived during a battle due to a combination of "excitement and fear." A woman makes a remark to another woman about dignity being based on the ability to clean up after a loved one and still have respect for one another.
► A woman apologizes to a man "for all the trouble I've caused" after awakening from a suicide attempt. A woman asks another woman to not mention the woman's previous suicide attempt to a man, saying it was an "idiotic accident." A man throws a coin at a woman; it hits her stomach and falls to the ground as he makes a snide remark about her using it for the gas meter in an attempt to kill herself. A woman's voiceover says, "this time I really wanted to die." A man tells a woman that they are "lethal to each other" and references the woman's previous suicide attempt.
► A man abruptly pulls away from a woman as she places her hand on his arm; the man then tries to brush off a man's hands as he grabs his arms.
► We hear a bomb siren and a woman runs for safety in a subway station; she experiences a flashback to several men, women and children hiding in the subway tunnels as the sound of explosions are heard (presumably coming from above). We see what is presumably a flashback to a bombed-out and burnt city block where children play and run through the ruins.
► Two men playfully pantomime shooting imaginary guns into the air.

SUBSTANCE USE - A woman attempts to overdose on sleeping pills in a suicide attempt. A man is seen holding a cup, presumably with an alcoholic drink in it, and we see men and women drinking in a bar. A woman smokes cigarettes throughout the movie, a man tells a woman that he needs a cigarette.

MESSAGE - Love can be filled with turmoil. 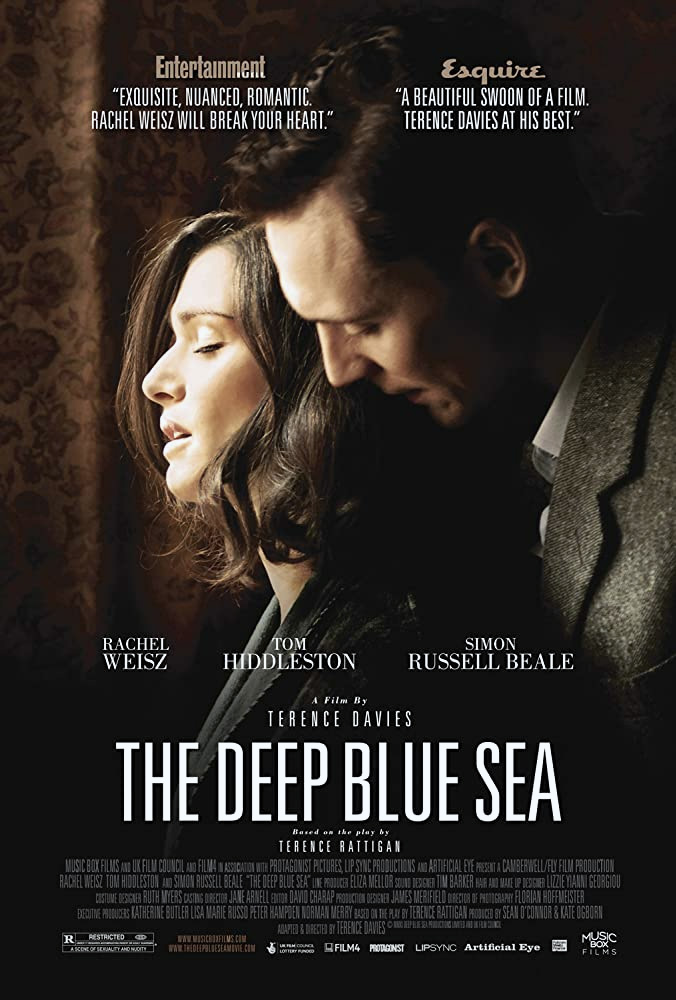