Why is “Deadly Illusions” rated R? The MPAA rating has been assigned for “sexual content/nudity, some bloody violence and language.” The Kids-In-Mind.com evaluation includes several sex scenes between a woman and a man and two women with partial nudity, several kissing scenes and seduction scenes, a dead body with the weapon and blood on the body, a stabbing that leads to a lot of blood, several arguments and conversations about child abuse, torture and mental illness, and at least 4 F-words and other strong language. Read our parents’ guide below for details on sexual content, violence & strong language. A bestselling novelist (Kristin Davis) hires a wholesome twenty-something nanny (Greer Grammer) to care for her children while she’s writing. Writer’s block delays her progress, and strange events frighten the author, who begins to confuse reality and fiction. Also with Dermot Mulroney and Shanola Hampton. Directed by Anna Elizabeth James. A children’s song is sung in French without translation. [Running Time: 1:54]

– A woman enters a building to find another woman dead with large scissors sticking out of the victim’s neck and blood on her blouse, one arm and the floor; the woman screams and calls 911 and we later see a body bag on a gurney roll by in the background. A woman pulls a carving knife from under her trench coat and waves it at a man in a bathroom (please see the Sex/Nudity category for more details) while shouting, “I’m insane and I get what I want!” and the man throws a flower pot that misses her; she slashes his bare abdomen several times (blood gushes down to the floor) and the man slides down to sit against a wall, holding his abdomen and his wife enters and screams. A woman enters a room and frantically scrubs blood from the floor, apologizing many times and referring to her mother torturing her as she cleaned; she picks up and carries a carving knife while speaking in two agitated voices, one shouts “Kill her! Kill her!” as she chases another woman through the house, drops the knife, and the two struggle and wrestle until the first woman’s long hair catches in a blender and some is ripped out to leave a bloody patch on her head; one woman is knocked down and dragged by the hair through the house and one woman breaks a vase over the other woman’s head, causing her to fall, moan and cry until the other woman hugs her.
► A woman argues with a police detective as he asks her what medications she takes and what psychosis she has and she is shocked; he goes on to tell her that he has footage of her entering a victim’s building and that her fingerprints are on a murder weapon. Two women find their front bicycle tires slashed, a flashback shows one woman opening a pocketknife, and slashing a tire and another flashback shows the other woman doing it. A young girl pushes a young boy hard.
► A man and a woman argue several times and in two scenes, and she yells loudly. At a dinner table with a nanny and two young children, a woman shouts that a man is having sex with the nanny and the young son says he’s scared and the woman leaves the table. A woman imagines that she shouts at a job interviewer and the scene rewinds to show the woman being submissive. A woman hires a nanny and after several weeks discovers that the service she was hired from has no employee by that name. A woman shows another woman clippings reporting that a young woman as a child was in a large family of tortured, molested, and starved children, and the parents were imprisoned. A woman argues in two scenes with a man and another woman who tell her to write darker stories. A man tells a woman that her darkest stories are the best ones. A book display contains many copies of a novel that features a carving knife on the cover. A woman in a cemetery places flowers and a manuscript on a friend’s grave, and the camera cuts to the woman visiting another woman in a long-term treatment facility.
► A woman steps in broken glass in a bathroom and we see blood on the sole of one foot as another woman places a Band-Aid on it and picks up broken shards. A woman slaps a dog just beyond the frame and it yelps and whines.

– A woman feeds another woman drugged food in a couple of scenes (we do not see what type of drug is in the food). A man and a woman order Bloody Marys at a diner but do not drink, a banquet features several tables with many glasses of wine and we see two adults drinking, a man and a woman drink wine in their kitchen and at the dinner table, two women drink wine on a picnic, and two women drink whiskey and soda as they dance and we see a drink cart with a few whiskey bottles. A woman lights and smokes a cigar in several scenes, and a man and a woman share a cigar.

– Survivors of child abuse need professional treatment and can become violent sex offenders and these behaviors can span the generations of a family. 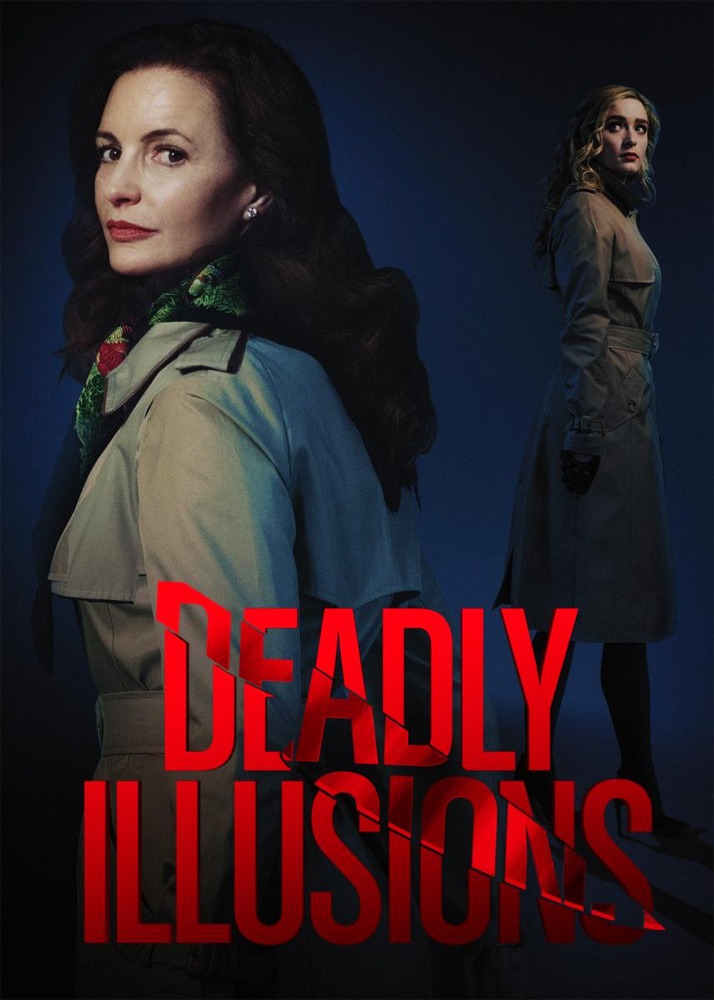