Remake of the 1951 sci-fi classic: a representative of an alien and far superior civilization visits the Earth to determine whether humanity is capable of changing its aggressive nature. Otherwise, humanity may have to be destroyed to allow Earth to survive. With Keanu Reeves, Jennifer Connelly, Kathy Bates, Jon Hamm, Jaden Christopher Smith, Mousa Kraish and John Cleese. Directed by Scott Derrickson. [1:50]

SEX/NUDITY 1 - A boy asks his stepmother whether a man is coming home with them and if she decides she likes him will he move in.
► An alien being is humanoid and is not fully developed, and we see it lying on a medical table (bare chest, legs, buttock and abdomen are visible). An enormous metallic man appears humanoid in form with an outline of pectorals and abdomen (no other anatomical areas are represented). A woman wears a low-cut top that reveals cleavage in several scenes throughout the movie.

VIOLENCE/GORE 6 - A humanoid alien reaches out a hand toward a woman and the alien is shot (blood splatters on a shield over the woman's face and the alien collapses). A man is pinned between two cars and falls to the ground (we see blood in his mouth).
► A man is attacked by tiny, winged, metallic beetle-like creatures, his protective suit begins to develop holes, and his nose and face begin to bleed (the bugs are evidently inside him). Many of the beetle-like creatures are shown crawling out from under the skin of a woman and a boy and into the skin of someone else (there's no blood but we see holes open as the bugs crawl. Myriads of the beetle-like creatures come together in a giant swarm and destroy everything in their path by dissolving all matter: buildings, vehicles, road signs, humans, etc. An observation room glass pane is destroyed when the beetle-like creatures break through (several people run and hide) and beetle-like creatures seem to eat up a piece of metal equipment. A man struggles through a swarm of the beetle-like creatures and his face is somewhat cut.
► An alien sends energy through a wounded man's body by touching him, the man's twisted legs are straightened (we hear cracking), and the man is OK.
► A car is struck by an explosive, it flips and rolls and it is in flames (we see the driver slumped in the seat with his eyes open and blood on his face and mouth (we understand that he is dead).
► A doctor makes an incision in the chest of an alien, removes a gelatinous covering (he refers to it as being similar to a placenta), and then removes a bullet from the open incision. An alien is shocked when he goes into cardiac arrest (the doctor is thrown back against a wall and falls to the floor). A man is given an injection in the arm. We see blood on a man's shirt, he opens it and we see a bloody and stitched wound, he applies an ointment (we see some slimy goo) to the wound and it heals instantly.
► A number of remote controlled planes are launched, they speed toward a giant orb, they fire, the planes are then taken under the control of an enormous robot that flings them through the air and crashes them into tanks on the ground (there are large explosions). Two helicopters spin out of control, crash to the ground and explode.
► A huge robot is sprayed by enormous flames (it is unharmed). Military helicopters chase a woman, a child and a man through thick forest; the woman is snatched up by a soldier who pulls her into a helicopter and they fly away.
► An enormous robot man comes out of a huge orb, it disables equipment and appears threatening. Something lowers from the sky toward the ground (we cannot see what it is), and strong winds knock people to the ground and blow objects through the air. A man driving a truck crashes through a checkpoint, and military vehicles pursue and then back off.
► A man is strapped into a wheel chair and taken to a room where he is attached to a lie detector machine; the man performing the test is shocked when he touches the machine, falls back in his chair, then sits back up but appears to be in a trance and later he collapses onto the table (it is not clear if the man is dead or alive).
► We see people rioting and looting on TV news reports in big cities. A man steals a ticket from another man in a bus terminal, the second man chases him and calls after him, the two men argue and struggle, and the man retrieves the ticket, grabs his chest and collapses to the floor (it is implied that he might have had a heart attack); the man who took the ticket is chased by a police officer through a crowded terminal. We see a man in a heavy snow storm climbing a sheer wall and discovering a glowing orb; he touches it, then uses his pick on it pealing off part of the outer shell, reveals a bright, swirling light and then we see him unconscious on the ground (he has a small scar on his hand when he wakes up).
► A woman is taken from her home by federal agents and her young son appears frightened. An alien panics when it regains consciousness and realizes it is locked in a containment tube; it thrashes around and tries to get out. Many military and police personnel arm themselves and surround a huge orb. We see military personnel arming themselves and preparing for a violent encounter. People in protective suits approach a huge orb that landed and glows, one man remarks that radiation levels are elevated, and the ground rumbles. A boy slips and nearly falls into a river below (he is grabbed and pulled back up).
► A man talks about an object from space approaching Earth and that the imminent collision will cause complete destruction of the planet. We see people evacuating major cities. We hear that a boy's father was killed while on military service and that his mother died when he was very young. People talk about the evacuation of major cities and that many alien spheres have landed around the world. An alien says that the human race is killing Earth. People talk about bacteria and their ability to survive in extreme circumstances. A boy and a woman grieve over the death of someone they both loved. We see a cemetery and a boy asks an alien to bring his father back to life.
► Eerie music plays with the opening credits.

SUBSTANCE USE - A man and a woman driving a pick-up truck appear to be drunk and hold up beer cans.

MESSAGE - People can change when given severe motivation and realize that they are at the precipice of destruction. Arrogant, belligerent idiots often staff governments. 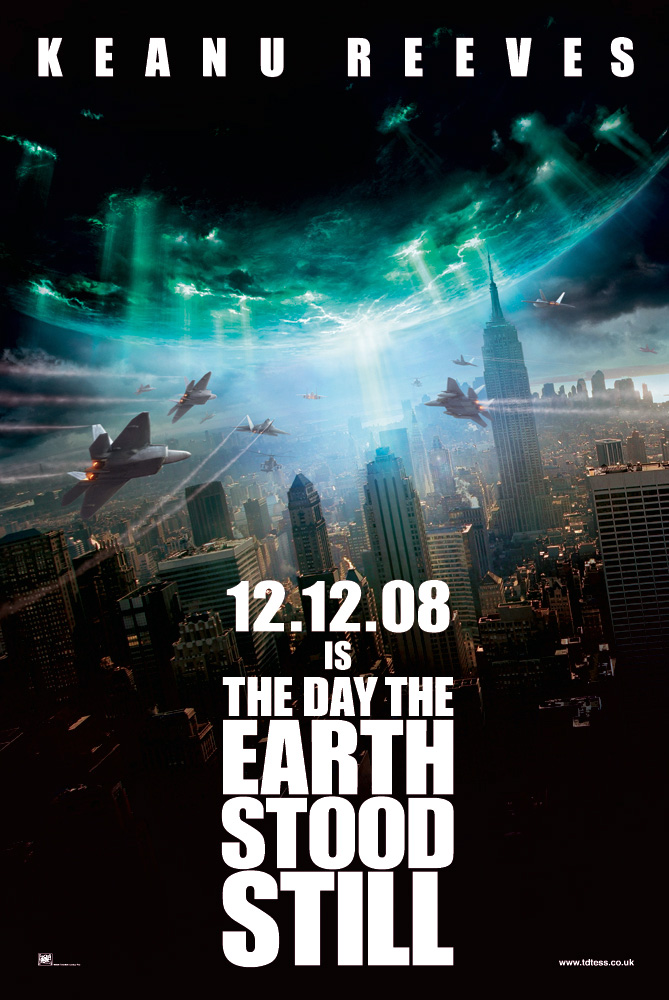