Jennifer Connelly stars as Dahlia Williams, a woman trying to start a new life with her young daughter (Ariel Gade) after an ugly divorce from her husband (Dougray Scott). In an effort to find an affordable place to live near a good school, Dahlia moves into a rundown apartment on Roosevelt Island, NYC. Shortly after they get settled, they discover strange, oozing leaks of dark water in their ceiling that seem to be originating from the apartment above them -- where, they are told, no one lives. Also with John C. Reilly, Tim Roth and Pete Postlethwaite. Directed by Walter Salles. [1:43]

SEX/NUDITY 3 - A woman wears low-cut tops that reveal cleavage and a woman wears low-rise pants that reveal bare abdomen in a few scenes. A woman and her daughter take a bath together (we see their bare shoulders above the bubbles).
► We hear a woman moaning through the door of a man's apartment (it's not certain whether they are sexual sounds or something else).
► A young man makes sexual references to an older woman, such as, "Hey pretty lady, what's happening? I've got some dirty things I'd like you to clean." A woman accuses her ex-husband of being unfaithful.

VIOLENCE/GORE 5 - A little girl falls from a ladder into a water tank (we see her floating under the surface of the water and the front of her shirt appears to be stained red); a woman looks into the water, sees the body, turns it over, the girl's eyes open and the woman falls off of the ladder.
► Torrents of water pour down onto a woman and when it stops we see her dead on the floor.
► A woman pounds and kicks at a door to get to her daughter, who is in the bathtub; when she breaks the door down, she sees a girl in the tub holding another girl under the water, trying to drown her.
► A woman fills a glass of water and a lock of hair comes out of the faucet and into her glass. A little girl's arm is jerked around while she is painting, she yells at someone to stop it, she goes to the bathroom to wash up, and brown water begins to pour from all of the taps: the toilets overflow, she sees the silhouette of a girl at the door, she screams and runs into a stall, she sees the shoes and socks of a girl outside the door, and she screams and we hear that she fainted. Dark, oozing stains appear on the ceiling of a room, they drip dark water and spread -- this happens in many scenes.
► A woman does laundry and the washing machine begins to thump and bang; the woman goes close to the machine and sees a girl's face inside the washer, she screams and black water pours out of the machine.
► A little girl comes to the side of a woman's bed and says she's scared, and then climbs into the bed with the woman (the woman does not realize the girl is not her daughter); in another scene, a woman screams when she realizes that the little girl sitting next to her is not her daughter.
► A woman alone on an elevator feels something taking her hand. A woman is startled by a young man coming into a dingy laundry room where she is doing her wash. A woman and a girl hear thumping noises (like foot steps) coming from an apartment above them. A little girl hears another little girl's voice through the ceiling.
► A woman dreams that she goes to the door of an apartment, she hears someone whimpering inside, she opens the bathroom door and finds a woman vomiting in the toilet; the woman looks at her, yells at her and calls her names (it was her mother).
► A little girl goes to the roof of a tall building and is near the edge. A woman has flashbacks to her mother's verbally abusive treatment. A little girl stands in the rain waiting for her mother to pick her up from school. A little girl talks to her mother about being abandoned when she was young and the woman squeezes her daughter's arm, while asking who told her.
► An apartment is flooded with water and all of the faucets are pouring black water. A woman empties a bucket of black water from a leak in her ceiling. A man tears away a wet and stained part of a ceiling splattering debris and slime on the walls.
► A man and a woman argue and threaten each other over custody of their daughter. A little girl sticks her tongue out at a man.

SUBSTANCE USE - A man smokes cigarettes in several scenes, and a woman finds a cigarette butt in front of her door. A woman takes prescription drugs for migraine headaches.

MESSAGE - A mother's love can lead her to do extraordinary things. 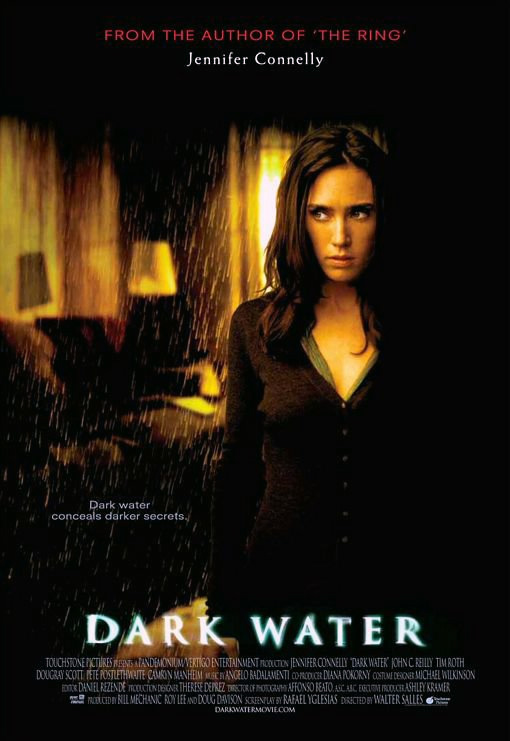