A fictionalized interpretation of Brian Clough's (Michael Sheen) 44-day tenure as manager of Leeds United, based on David Peace's best selling novel "The Damn Utd." Realizing that he had alienated himself from his former colleagues, including his former assistant (Timothy Spall), he begins to reevaluate his actions and decisions. Also with Jim Broadbent, Henry Goodman and Maurice Roeves. Directed by Tom Hooper. [1:38]

VIOLENCE/GORE 5 - Soccer game footage shows men tumbling over one another and shoving one another: a man punches another man in the face, a man punches another man on the side of the head, a man punches another man in the face, a man shoves another man, one man runs full-force into another man (they slam against one another), a man head-butts another man, a man shoves another man violently, a man falls to the ground after being slammed into by another man and is seen being carried off on a stretcher, a man is carried away on a stretcher after he was shown lying motionless on the ground, a man falls to the ground as he dives after a ball, two men slam into each other and quickly stand back up, a man falls to the ground while kicking a ball, a man falls to his knees as he dives after a ball, a man stumbles, five men crash into one another, and a man slides and falls to the ground as he attempts to catch a ball.
► During game play, a man punches another man who drops to the ground and we see the act three different times, each time announcing that the man had given the other man a "nasty right hook." A man on a soccer field punches another man in the stomach, and he falls to the ground clutching his stomach (we see his face covered in mud as he limps away).
► After two men crash into one another on a soccer field, the crowd erupts into boos, shouting undecipherable profanities at the players while one of the men falls to the ground and has to be carried off on another man's back. A man is seen lying on a stretcher in a hallway, covered in mud and in pain.
► A man is seen being carried away on a gurney towards an ambulance, and he is later seen sitting up in a hospital bed, joking that he had been having a heart attack for three solid weeks.
► A man charges into a boardroom, shouts at the men surrounding the table, punches the table, and when he is instructed to get out and "never show his face again" he throws a towel on the table. A man shouts at a team of men, saying that he does not need to justify himself. Two men engage in a harsh argument. A man shouts at another man, asking where he has been and the man ignores him and walks away. A man shouts to several other men that he never wants to hear a man's name, and that if he does he will force the offending person to scrub his boots.
► A man jokes that another man had broken more bones than "Evil Knievel." The two men argue and one tells the other that he is attempting to ruin his life. A man tells another man that he is the "bottom of the bottom, lowest of the low." A man tells another man that his job is to stop being "the wandering Jew" (it seems to be a reference to a plant and not a religious slur).
► A man asks another man for forgiveness, and then dropping to his knees, he begs the man for forgiveness (using profanity); the two men embrace and one of the men playfully punches the other man on the shoulder.
► A young boy is seen picking his nose.

MESSAGE - Happiness is more than just victories on the soccer field. 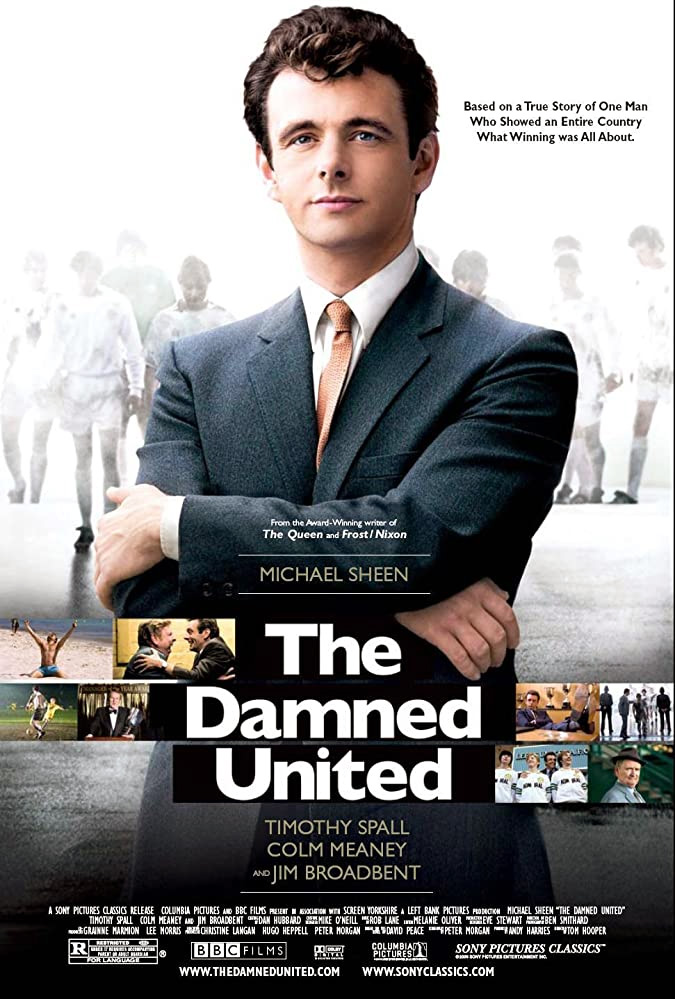