Chow Yun-Fat stars in this period drama about betrayal, deceit and passion, set in the time of the Tang Dynasty, in 928 A.D. The story revolves around the internal conflicts of the royal family, as the balance of power shifts pitting the King against the Queen, as well as his three sons. Also with Gong Li, Liu Ye, Chen Jin and Jay Chou. Directed by Yimou Zhang. [1:54]

SEX/NUDITY 5 - A man and a young woman tease and flirt with each other, she bites and licks his finger, and we see them in bed together (she is partially undressed, and they are interrupted).
► A man holds his stepmother, caresses her face, and they nearly kiss. A woman talks to her adult stepson about their being intimate.
► Many women wake up in a room and dress each other in tight-fitting dresses (revealing cleavage). A young woman wears a very low-cut dress that reveals cleavage.
► A man and a young woman who are having a sexual relationship find out that they are brother and sister.

VIOLENCE/GORE 7 - Many Ninjas and soldiers fight, and many are struck down (we hear crunching and slashing).
► A young woman is attacked by Ninjas, she is tied by the arms and legs, they throw swords at her and slash at her (she is cut on the chest and we see blood).
► A man cuts another man's throat and blood pours on a carpet. A man stabs himself in the chest with a dagger (blood spurts on his face and stains his coat). A young woman is stabbed through the back (we see the point push through her abdomen).
► A heavy wall with spikes is pressed toward many soldiers who scramble to get out of the way, and they begin getting crushed (we hear crunching and yelling).
► One soldier fights many Ninjas, stabbing many, and he is drenched with blood. Several men are executed by slashing on the back of the neck (blood pours).
► Ninjas stab many soldiers in the back with swords and then slash up their spines (blood spurts). Several people riding on horses are attacked by Ninjas with swords, many are slashed and stabbed, and one man is struck in the back with two swords; many Ninjas are shot with arrows and crash to the ground.
► A man stabs a boy in the arm, then slaps him in the face (his nose bleeds), and whips him with his belt (we see blood on his hands and back and the boy appears dead).
► A boy stabs a man in the back (blood pours from his mouth). A woman is stabbed through the chest and back with spears.
► Many soldiers are stabbed with spears (blood sprays and pours from wounds). Many Ninjas with swords surround a house, they attack killing many, and we hear squishing, crunching, and slashing.
► A man chases a woman, they fight, she runs, she is knocked to the ground and surrounded. A woman slaps a man in the face.
► A woman is angry when she finds her son with a young woman, and she says that her punishment should be whipping and branding of her face.
► Two men with swords fight, and when they strike each other on the armor, the armor sparks and glows.
► A woman has a severe pain, she falls out of her chair and perspires. A woman quakes and appears to be feverish. A woman shakes uncontrollably and perspires.
► We see a woman with a brand on her cheek. A woman suspects that she is being poisoned.

SUBSTANCE USE - A woman drinks medicine in several scenes. 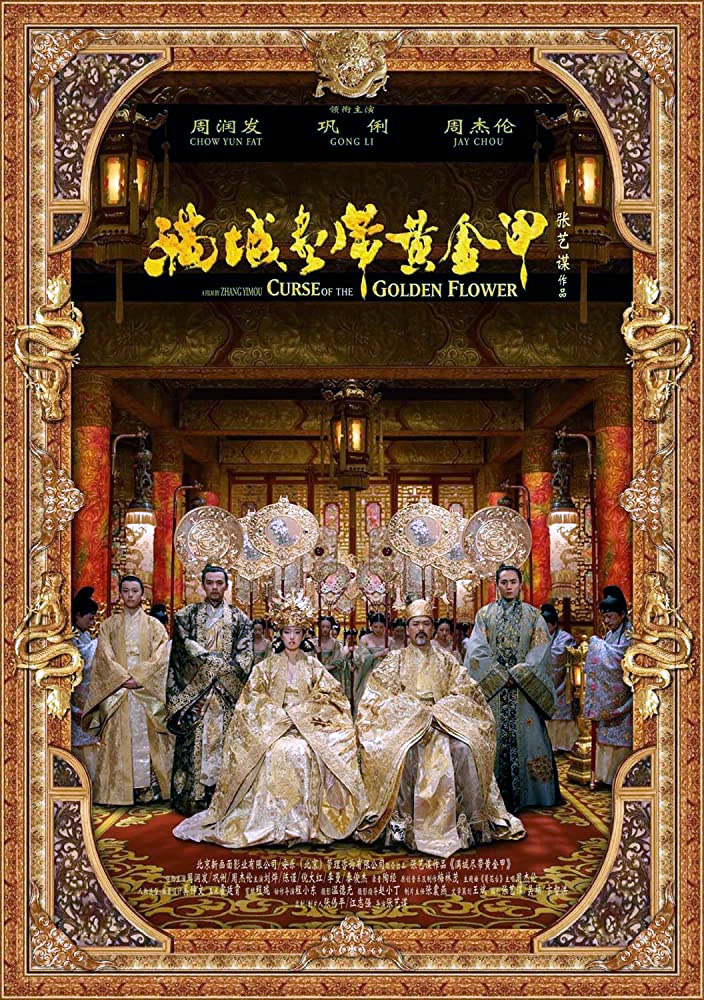