A Wall Street investment firm sends one of its junior executives (Dane DeHaan) to an isolated sanatorium in the Swiss Alps to bring back their CEO (Harry Groener). Once there, the executive questions the spa's miracle cures and is prevented from leaving. Also with Jason Isaacs, Mia Goth, Adrian Schiller, Celia Imrie and Ashok Mandanna. Directed by Gore Verbinski. Several lines of dialogue are spoken in German without translation or subtitles. [2:26]

SEX/NUDITY 8 - A man takes a young woman to a cavern and pulls back a curtain to reveal a bed: she says, "I don't want to," he ties her arms to the head posts and squeezes her clothed breasts, then rips the top off her dress (revealing her breasts) as he shudders and groans and squeezes her breasts, then reaches under her skirt apparently to the groin as she cries and he brings his fingers to his nose, smells them, and smiles; he unbuckles his belt as another man arrives and calls out, "She's your daughter!" (please see the Violence/Gore category for more details).
► A nurse wearing a white uniform is braless and her nipples are seen through the material; with her back to the camera, she unbuttons her top and drops it as she stands in front of an orderly seated in a desk chair (we see part of her bare back and the side of one breast) as the camera cuts to the man's blank face and his shoulders shudder as we hear sounds of masturbation happening below the frame; she walks over to the man and we see her bare breasts as the scene ends.
► An elderly man on a gurney is nude and we see shriveled genitals briefly. Several older men in a steam room wear long towels from waist to ankles (we see abdomens, chests, backs and shoulders); a younger man wears the same type of towel (we see his bare chest and back) and an elderly woman walks across the background, wearing a towel from waist to ankles and we see her breasts (no nipples are evident). A row of glass cases contain nearly nude men and women floating in liquid; the men wear only thong underwear and we see their chest, abdomen and some groin bulges while the women are shown wearing bikini-like underwear and we see bare breasts and legs to the hips. We see two men in back nudity as they are hosed down and another man from the front, (his upper chest is shown) as an orderly hoses his back. A photograph shows a woman in back nudity while being hosed down. A woman lies nude in a bathtub full of eels, an arm covers her chest, and bare waist area, hip and partial thigh. Several women wear one-piece swimsuits that reveal cleavage. Women wearing swimsuits in a swimming pool (we see cleavage) stand with shirtless men and lift beach balls up and down. A shirtless man floating in water is seen wearing shorts (we see his bare chest and abdomen). On old woman on a gurney is covered by a sheet to upper chest, revealing her upper breasts. A billboard shows a woman with her shirt raised high to show thigh-high hose and garters. A woman wears short-shorts with hosiery.
► A young woman in a tavern dances slowly to rock music when a man begins to dance with her, rubbing her hips with his hands and another man tells him to stop. A man presents a wedding dress to his ward and takes her to a cavern where men and women wearing cloaks hold candles; the man places a locket around the young woman's neck and the camera cuts to them dancing among wedding guests.
► An older woman asks a younger man, "Have you ever had a 12-inch [anatomical term deleted] in your [anatomical term deleted]? That's what prison would be like." A man says that a baroness in the 1800s was infertile and that she had miscarriages of deformed fetuses.

SUBSTANCE USE - Several people consume an unknown fluid called "vitamins" from medicine droppers, we see many large bottles on shelves in a basement area, and many glass jars of powders are seen in a cabinet. Two empty single-serving liquor bottles are seen on an airplane tray table, three men drink champagne from paper cups in an office, men and women in a tavern drink from beer mugs, a teen girl drinks from a mug of beer and grimaces, a man drinks a small glass of whiskey in an office, and a man drinks from a glass of wine and another man has a glass of wine in front of him (he does not drink) at a dinner. A man chews a piece of Nicorette gum, a man smokes a cigarette in a car as well as on the steps of a building and twice in a tavern, a man smokes a cigarette in a corner of a cavern, and three men smoke cigarettes in a tavern.

MESSAGE - Some people may find work stress and possible cures for it to be equally bad. 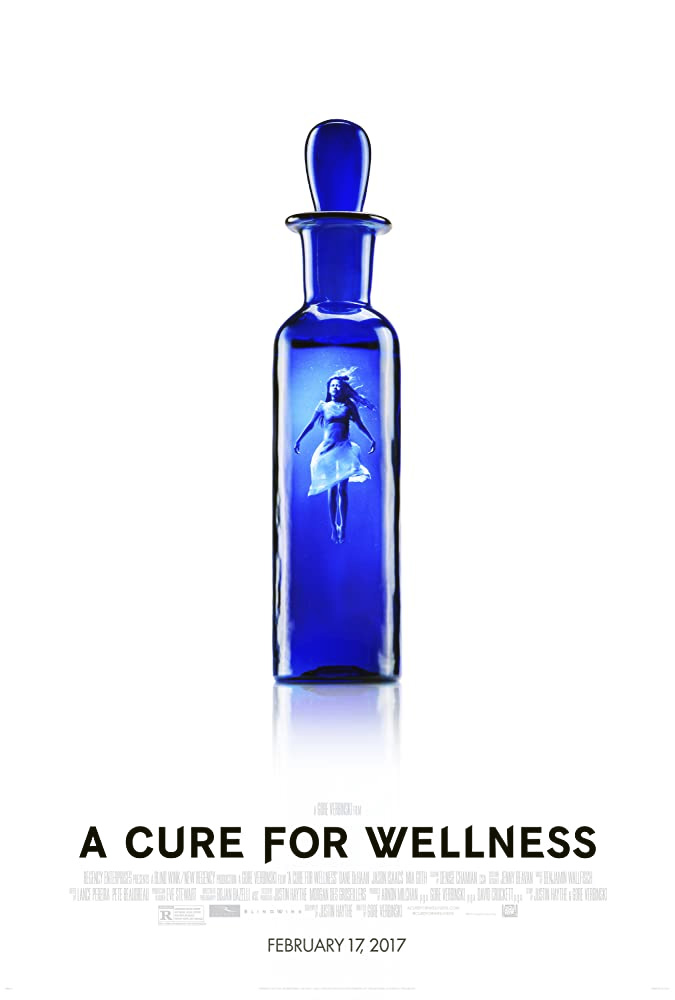