Four young men attending an elite academy are all that remains of the witches of the 17th century Ipswich Colony of Massachusetts. Awaiting their awakening at 18 years of age, when their supernatural powers will become full, they are aware of one catch: each time they use their powers, they will also age. When another young man moves to town they suspect that they might not be the only witches in Ipswich and they are tempted to use their powers, despite the repercussions. With Steven Strait, Sebastian Stan, Laura Ramsey, Taylor Kitsch and Toby Hemingway. Directed by Renny Harlin. [1:37]

VIOLENCE/GORE 6 - Two young men fight using supernatural powers: They throw energy blasts at each other, they knock each other through the air, and they throw each other around a barn; one throws pitch forks at the other, one is thrown through a window, and one throws a large energy ball that pushes the other back into the flames from an explosion and he is consumed by the energy ball.
► A sleeping young woman wakes up when she feels something crawling on her, she lifts a sheet and she is covered by spiders; she steps out of bed and the floor and ceiling are covered with spiders, she tries to wake her roommate but a spider crawls up her roommate's nose (we see a lump develop under her skin) and she wakes up screaming. A young man puts a spell on a young woman, he places her on a bed, a spider crawls out of his hand, across her face and into her ear (her skin begins to turn dark, with heavy veins showing through the skin).
► A young man on a motorcycle speeds along a wet road, he stops when he sees a young man standing in the road, who throws an energy wave at the young man knocking him off the motorcycle, and through the air and sending him crashing onto the road (we see him in the hospital later with cuts and bruises). A young man throws an energy blast at another young man sending him up against a ceiling, across and down a wall and to the floor; he then picks him up and throws him into a mirror, breaking it, and the young man hits the floor hard.
► People refer to "darklings" and we see them a few times: they are specters that resemble recently deceased people and their features twist and stretch. A young man sees a "darkling" in the passenger seat of his car, he drives into an oncoming truck, the car breaks up and the truck crumbles, but both vehicles are reassembled and back to normal and no one is injured. A young man sees another darkling in his room, the darkling reaches for him, its shape shifts and twists and the young man becomes alarmed.
► A young man squeezes the hand of another young man (his veins bulge from under his skin), one pushes the other very hard, and he is thrown through the air and crashes into a wall, and then again and into a pile of bottles (he is unharmed).
► A young man insults another young man, shoves him against a locker, holds him by the throat, and punches him in the face; the young man reciprocates by punching the first young man in the stomach.
► When a young man "ascends" he is wrapped by beams of light, his flesh seems to be tugged and pulled, he yells in pain and then falls to the ground. A man dies (we see his eyes turn white). A dead young man is found in a car, and his eyes are open and white.
► A man inside a house shoots a gun at a young man and a young woman who pull up in a car (as a warning shot). A young woman showers when she hears a light bulb break and the room goes dark; she walks through the bathroom investigating and feels a presence behind her (a cloud appears). A young woman walks through a dark hallway, runs into a young man and screams.
► A young man jumps on the hood of a car, and breaks the windshield throwing glass on the driver. A young man drives fast through thick woods while being chased by a police car, he speeds to a cliff, the police car stops just before falling off, and the young man's car appears behind the police car and drives away.
► A young woman lies unconscious in a hospital bed covered with large welts and a doctor talks about her having had an allergic reaction to insect bites. A young woman hovers, held in an unconscious state by a spell.
► A young man kneels on and threatens another young man. Two young men shove each other in a bar, and then they go outside and continue shoving and yelling. Two young men shove each other and exchange insults.
► Four young men stand on a high ledge, each one jumps off, glides down and lands safely on the ground below (one says, "It's not like it's gonna kill us."). Two young men levitate and hover near the ceiling as a security guards walks beneath them.
► We see a severely aged and decrepit-looking man with blackened teeth and with an IV medication in a drip bag sitting in a chair. We see the very decrepit-looking hand of a man sitting in a chair by a fireplace.
► A young man and a young woman argue. A woman talks about having "lost" her husband and fears losing her son.
► A young woman reads a book about pagan rituals and witches and we see drawings of people being whipped and large spiders crawling on people. There are engravings and etchings that depict people being murdered by fire and hanging.
► A young man vomits on another young man's back. A young man squishes a spider under his shoe.

SUBSTANCE USE - A woman smokes cigarettes and drinks alcohol in a few scenes and she is referred to as an alcoholic.

MESSAGE - There is good and bad everywhere. Power is seductive. 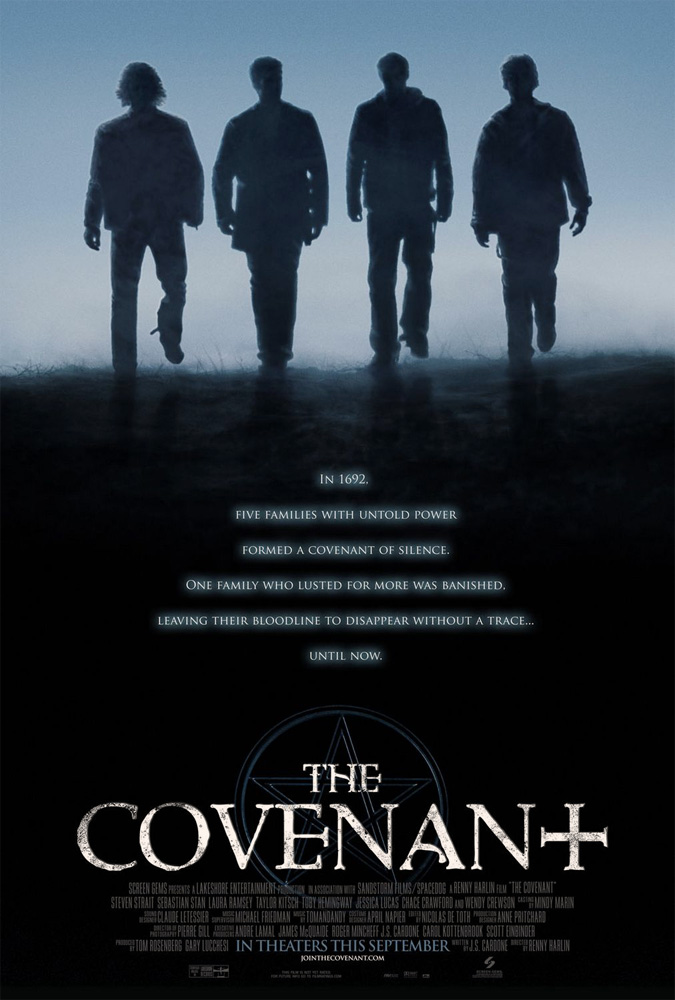