SEX/NUDITY 1 - We see an older man, shirtless (his bare chest is shown) and lying in bed; he speaks to an older woman about being out of bed, implying they had slept together the previous night.
► A young woman makes a remark to a young man about how they had "hooked up" in college and the young woman tries to play it down. A woman advises a young man that two people she had been criminally linked to in the past were also "lovers." An older man confronts an older woman about how they had a child that was given up for adoption.

VIOLENCE/GORE 4 - Many police officers and FBI investigators draw their guns on a woman, they surround her and we see her being placed in handcuffs as a man shouts that she is being arrested for murder; we then hear a female reporter announce that a woman had been arrested 30 years after she had murdered a man during a bank robbery. Four police officers with their guns drawn corner an older man, we see the older man's hands bound as he is lead to a helicopter and a male police officer says that the man is being arrested for murder.
► An older man slides down an embankment as he runs from police officers with guns drawn and police dogs. A man struggles as two male police officers grab him and drag him through a train isle. As a crowd of excited people leave a crowded hotel during a fire alarm, we see an older man quickly race away and duck into a subway. An older man jumps over a fence and tries to run, until a car drives up and another older man shouts at him, reassuring him that he had not been calling the police. A young man drives off the side of a dirt road and his car is partially in a ditch; he gets out of the car, unharmed.
► We see a small explosion as a reporter explains that protests were being held against a war. An older man shows a young man a series of photographs of a man throwing an explosive at a flag.
► A young man watches news footage of a reporter announcing that a man and a woman had been involved in a shoot-out at a bank that resulted in a man's death. A young man watches a television reporter announce that an older man had been released from custody after he was arrested for the death of a man; the reporter then adds that an older woman had been arrested for the man's death. A television report discusses how a man was being arrested after he was found to be plotting a series of murders in protest. A female reporter announces that a man is wanted for murder. We see CCTV footage of four people holding up a bank at gunpoint as a man explains that four people had been arrested for holding up a bank and killing a security officer.
► A young man angrily confronts an older man about covering for four people wanted for robbing a bank at gunpoint and killing a security officer. An older woman confronts an older man about abandoning her when she was holding up a bank at gunpoint; the older man then accuses the woman of killing an innocent man. A man shouts at an older man and a girl, telling them not to move because he is a police officer; the older man hands over paperwork to the man and shouts that he is the girl's legal guardian. An older man shouts angrily at another older man. A man shouts angrily at a young man. An older man whisper-shouts at an older woman. An older man tells a young man that he knows his older brother was involved in a criminal gang that would "blow up buildings." A woman tells a young man about a variety of people being "murdered" by the government on college campuses and that there were uprisings and protests. A man tells a young man that an older man's wife had died in a car accident a year earlier. An older man remarks to another older man that he thought a passing man had died; the older man remarks, "A lot of people died, but some came back" (meaning people had faked their deaths). An older man makes a series of remarks about people being involved in a series of protest movements. A man mentions how an older man's wife had died a previous year and the older man remarks that his daughter had "just lost her mother." A man warns a young woman that a female prisoner is being considered "dangerous" and instructs her not to hand her anything dangerous.
► A young man discovers his apartment door kicked open, his apartment in disarray and we see him holding a warrant.

SUBSTANCE USE - We see two men loading large sealed bags of marijuana into a boat, we see two men unloading drugs off a boat onto shore as a woman sends away the Coast Guard, a woman remarks that she "runs weed," a young man tells a man that he knew the man had sold marijuana when he was younger, and a young man makes a snide remark about a man growing marijuana. We see a young man drinking a beer at a bar, and an older man drinks a can of beer.

MESSAGE - Regret and guilt will eventually catch up with people. 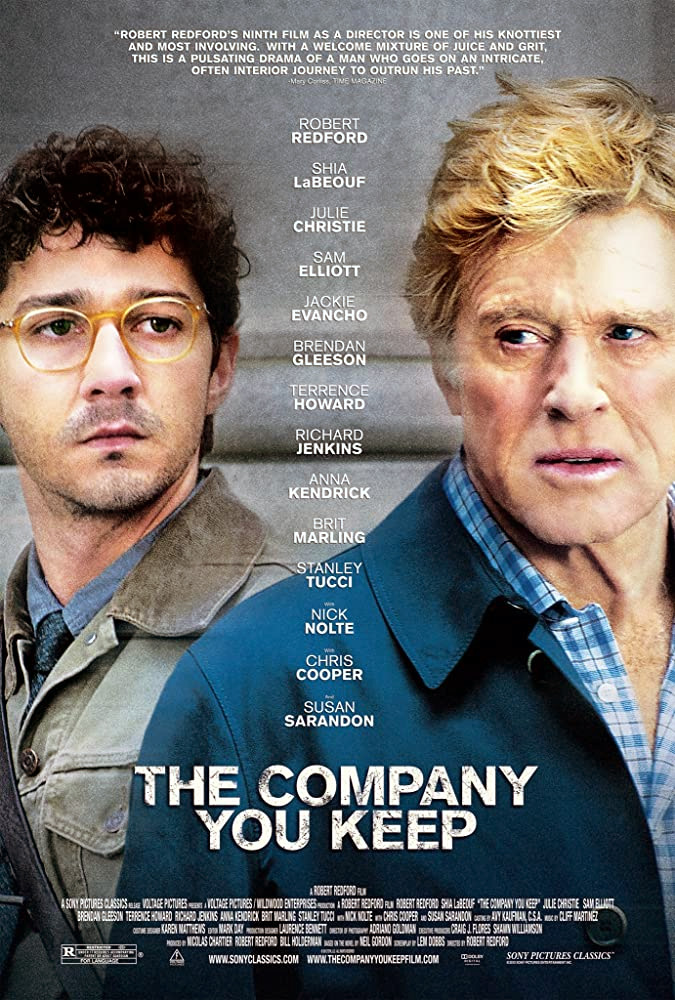