In 1989 a man (Michael C. Hall) saved his family by shooting and killing a burglar during a break in, but the townspeople were suspicious of the circumstances and soon the burglar's father (Sam Shepard) arrived in town and started making threats. Also with Don Johnson, Vinessa Shaw and Nick Damici. Directed by Jim Mickle. [1:49]

SEX/NUDITY 7 - A man plays a porn film and we see a large-busted woman wearing a bikini with a thong bottom (the woman's significant cleavage, abdomen, full buttocks and thighs are seen) and says, "She ain't even old enough to drive"; the woman straddles over a man who wears a Lucha-libre mask along with an open shirt (chest and stomach are shown) and boxers; the tape is grainy, but it appears that the man's penis is partially revealed and against the crotch part of the woman's thong as she looks over her shoulder and smiles at the camera, then writhes her buttocks for the camera until a second man appears wearing a football helmet, open shirt and boxers and the two men stuff socks into the woman's mouth as she kneels on the bed, screaming as the snuff scene unfolds (please see the Violence/Gore category for more details); the man watching the film tells another man that the law will not punish the pornographer because the filmmaker is in the witness protection program and nobody cares about the woman.
► After a shootout (please see the Violence/Gore category for more details), a man sits against a table with his legs bloody and spread wide, wearing boxer shorts also covered in blood; the fly is partially open and reveals blood-covered testicles.
► A husband says to his wife, "Drunk and randy; that's how I thought you liked me" (please see the Substance Use category for more details); sex is implied as they hug and the camera cuts away.
► A man enters a framing shop and asks that a photo of a woman wearing a skimpy bikini be framed (the woman's cleavage and full legs to the thigh are shown).
► A man's red convertible has license plates that read "RED BTCH" and a hula doll with bra and grass skirt on the dashboard.
► A woman lies on a bed with her wrists handcuffed above her head to the headboard and she is wearing an undergarment like a one-piece bathing suit that reveals some cleavage before a man with the police covers her with a large cloth. In three bedroom scenes, a wife wears a long, sleeveless nightgown with a bra underneath (we can see partial bra outline; no cleavage) while her husband wears a T-shirt and long pajama bottoms. Three men wear sleeveless undershirts.

SUBSTANCE USE - Two men inject another man with a sedative and break a bottle of liquor over his unconscious body (please see the Violence/Gore category for more details). A man says to another man on the phone, "You owe me a beer," a wife asks her husband if he's been drinking and he says he had a couple of beers, two men walk into a café where many beer bottles are shown on tables and they order three beers and carry the bottles to a car, two men drink from beer bottles, a man orders and drinks a bottle of beer at a café in the morning (please see the Violence/Gore category for more details), a man tells another man that he needs "a drink... I haven't even had my coffee yet," and two men play poker and a short glass of whiskey sits on the table. A detective smokes a cigarette in his office, an elderly man sits on a bench by a store and holds a lit cigarette in one hand, a woman in a driveway smokes a cigarette after a man lights it and he walks away with a lit cigarette (not smoking), and a woman sits in a café and holds a lit cigarette (not smoking).

MESSAGE - Absent fathers can harm their sons' development and bring themselves tragedy. 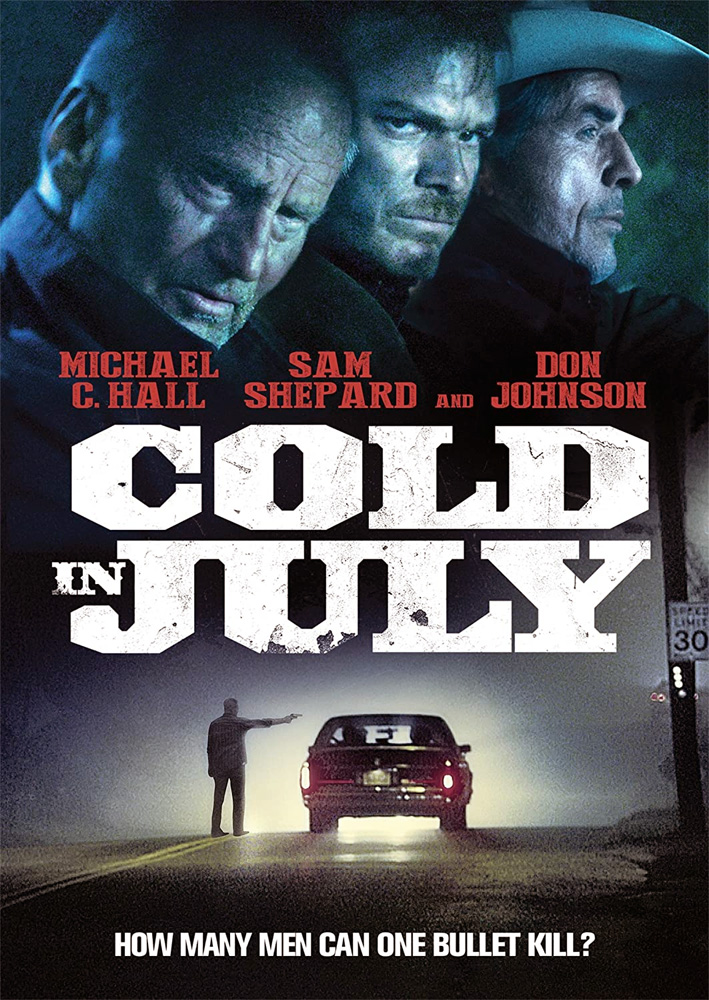