SEX/NUDITY 4 - A young woman sleeps nude while a young man video tapes her (we see her bare back, shoulders and one leg to the upper thigh) and we see the young man bare-chested and wearing boxer shorts when she turns the camera on him (it is implied that they had sex the night before).
► While climbing across a rooftop the wind blows a young woman's skirt up and part of her panties and upper thigh are visible. Young women wear low-cut tops and dresses that reveal cleavage and bare shoulders in several scenes.
► A young man and a young woman kiss. Young men and young women hug in several scenes (sometimes as a greeting, other times romantically and other times while consoling each other).
► A young man tells many different people at a party that a young man and a young woman had sex. A young man talks about a creature trying to make him its "queen."

VIOLENCE/GORE 6 - We see an enormous creature in several scenes: is as large as a tall building, moves on four legs, has a long neck with a large jaw and pointed teeth, a long tail and a loud screech; we also see the creature dropping smaller creatures from it that have crab-like legs, several eyes and a large mouth with pointed teeth.
► We see an enormous creature standing in a city street; smaller creatures drop from it, skitter across the ground, jump on people and bite them (we hear the creatures screeching, the people screaming and see the people writhing during the attacks).
► Blood seeps from a young woman's eye, she says she doesn't feel good, she is grabbed and dragged away by officials, she screams, and we see her explode into blood and pieces in silhouette behind a canvas tarp (blood and matter spray on the tarp).
► An enormous creature stands over a young man, a young man films the creature taking him in its mouth (we see teeth and hear crunching and the young man screaming), and the young man is dropped to the ground and lies motionless.
► Four people walk through a very dark subway tunnel, they hear noises and see rats streaming past them, they then see creatures moving along the ceiling toward them, and the creatures drop to the ground and attack them: one young man is knocked to the ground and a young woman beats one creature to death, a young woman is attacked and bitten (this creature is also beaten to death), and the four people run away, crush another creature in a door (blood spurts and covers the camera lens) and hide (each of them has a bloody wound and one young woman has deep, bloody bite marks on her back).
► A small creature drops from a ceiling toward four people, a young man beats it with a fire axe and we see the creature writhing and hear it screaming (goo or blood splatters on the wall behind it).
► Several soldiers hold four people at gunpoint; they are led to an area where wounded people are being cared for (we see several people with bloody wounds and one body on a stretcher is wheeled by and it is missing its abdomen, exposing a lot of blood and tissue).
► People crowd onto a bridge and try to move across it, one of the vertical supports is pushed down (we see a young man crushed and taken down by it), the bridge begins to collapse, people run frantically back, and many fall as the bridge falls into the water below.
► A young woman is found unconscious and with a metal rod protruding from her upper chest (we see blood on her shirt); three people lift her up to pull the rod out (she screams and we hear crunching).
► From an aerial view we see many bombs being dropped on an enormous creature, the creature is struck, it leaps into the air, grabs onto a helicopter and forces it to crash (we see the scenery spinning and then the rubble afterward) and there are survivors but one is badly injured (we see blood on his head and leg).
► A young man and a young woman hide under a small bridge, they hear explosions in the distance and approaching, rubble and dust fall around them, and we hear their voices and the scene ends.
► People rush to the roof of a building to see what's happening, they see an explosion and fire in the distance, flaming shrapnel careens through the air toward them causing more explosions, and they run back into the building and out to the street below.
► A tall building collapses and sends a cloud of dust and rubble through streets (people run and scream).
► Armed soldiers open fire on a creature as it moves through streets, and we see many flashes of gunfire. An enormous creature steps on a tank and crushes it. An armored vehicle is thrown through the air and crashes into other vehicles. The severed head of the Statue of Liberty is thrown a great distance and crashes onto a crowded street (people run and scream).
► A young woman staggers toward another young woman and says, "It was eating people." A young man tells his mother on the phone that his brother was killed. A young man listens to a phone message from a young woman saying that she is bleeding and she cannot move. A young man remembers a report about someone setting homeless people on fire in subway tunnels. We hear reports of an earthquake in a large city and that an oil tanker capsized in a nearby river. A young man talks about the creature and that it could have come from an ocean trench.
► People are shown crying uncontrollably and screaming in fear when they watch their friends and loved ones being killed. We see people being treated by emergency teams and we hear one woman in an ambulance screaming frantically.
► People hide inside a store, and the glass windows are blown in (no one is shown to be injured). There is a loud rumble and the ground shakes causing people to scream and the power flickers and sirens blare. People break store windows and begin looting.

SUBSTANCE USE - Many people are shown drinking alcohol (beer, wine and liquor) in an extended party sequence, and a young woman talks about having been really drunk the last time she met a young man and that she doesn't remember much.

MESSAGE - Our lives are made up of small memorable moments and each should be savored because you never know what might happen. 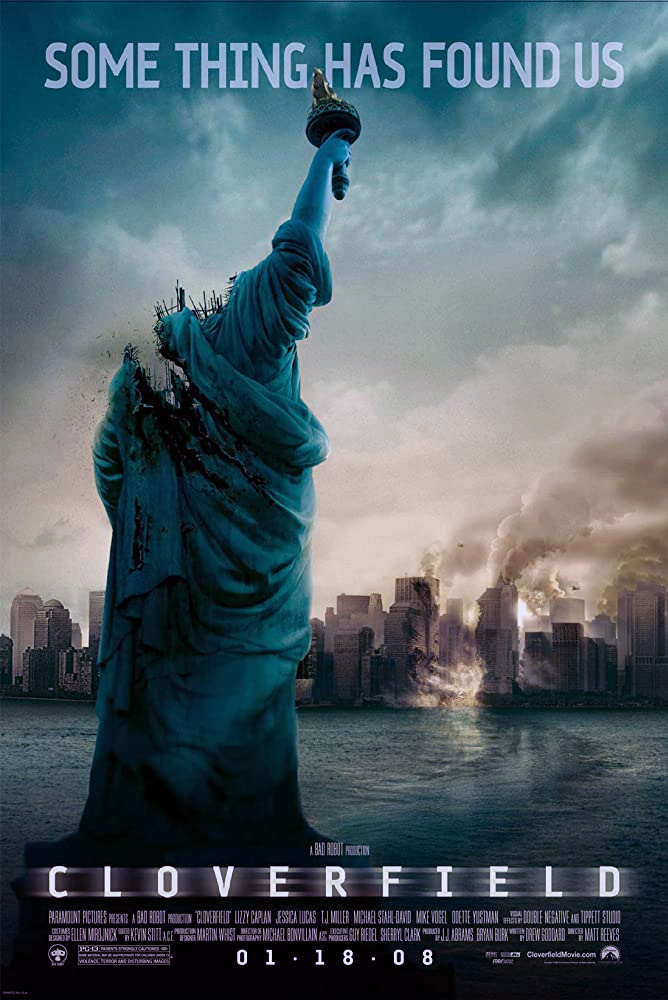