Sam Rockwell stars as a man whose life revolves around a dead-end job at a colonial theme park, visiting his mentally ill mother (Anjelica Huston) at a hospital, attending sexual addiction recovery workshops, having casual sex, and pretending to be choking in restaurants so that those who rescue him will feel responsible for his welfare and will support him financially. Also with Kelly MacDonald, Brad Henke, Joel Grey, Clark Gregg, Bijou Phillips and Heather Burns. Directed by Clark Gregg. [1:32]

SEX/NUDITY 10 - A man on an airplane opens a bathroom door, sees a nude woman seated inside (her bare breasts, abdomen and thighs are visible), she invites him in, and they have sex (we see them thrusting in several positions and there's moaning).
► A woman passes her underwear to a man in a sex addicts meeting, they meet in a public bathroom and have sex on the floor; the woman (we see her bare buttocks) thrusts on top of the man (we see his bare legs), he sniffs her underwear, he slaps her on the bare buttock and they both climax.
► A man and a woman have sex: she is seated on a table and he thrusts (we see her bare breasts and his bare legs and buttock). A man and a woman have sex and we see thrusting and grunting (we see bare thighs). A man and a woman have sex in a chapel (we see him thrusting and her bare shoulders are visible). A nude man (we see his bare chest, abdomen and thighs) is in an airplane bathroom, a woman opens the door and enters, she sits on his lap and they kiss (it is implied that they have sex).
► A woman solicits a man to have sex with her and asks that he act as a faceless attacker and to pretend he's raping her: he uses a knife and pushes her onto the floor, she is disappointed at his lack of aggression, and she uses a masturbatory aid to climax (we see her bare thighs and the aid buzzes between her legs); he masturbates and climaxes on her bed (we see his hand moving).
► A woman performs oral sex on a man: we see her head at hip level and the man moans; she then stands up and pulls a string of balls (presumably out of his anus), he exclaims in pain and she remarks that one was left inside. A man remembers performing oral sex on a woman (she lies on her back with her bare legs up and we see his head between her thighs). A man remembers having sex with a woman (we see his bare buttocks and we see him thrusting).
► A woman in a chapel begins to remove her clothing (we see her bra) and tells a man that she "needs his seed"; she unzips his pants (we hear the zip), she sits on his lap and the scene ends (it is implied that he was unable to perform).
► A woman strokes a man's genitals (we see them lying on the floor in a barn and her arm moves rhythmically), she rests her head on his chest and falls asleep (still holding his penis); another man walks into the barn and sees them. A man puts his hands in his pants (as if to masturbate) while watching a woman (he is interrupted by another man). A man begins to masturbate while looking at a picture of another man's mother (he is interrupted). A woman unfastens a man's pants, he tries to kiss her, she pulls away from him, he leaves the room and she is upset.
► Women wearing thongs and bra tops dance in an exotic dance club: one removes her top and dances with bare breasts while two men admire her. A man imagines a woman topless and having bare breasts in three different sizes. A man imagines an elderly nun nude (we see her bare shoulders and the top of her chest). We see a pornographic web site and a woman with bare breasts is shown, as well as a nude woman on her hands and knees (her bare buttocks and breasts are seen). Women wear low-cut tops and dresses that reveal cleavage in a few scenes. We see a painting of a woman giving birth (her bare legs are shown).
► A man talks about people who are sex addicts: he describes one as a woman who was caught lying spread eagle with her dog licking peanut butter from her crotch, another is a man who would hang naked during auto-erotic sessions, another man is a chronic masturbator and another woman had her stomach pumped to remove a quart of sperm. A man talks about "stalking a tranny hooker." A man makes a crude remark about another man masturbating. A old woman accuses a man of touching her "woo-woo" in a few scenes (a couple of them include cruder terms) and there is an implication of her having been sexually abused by her older brother when she was a child. A woman milks a cow and a man asks if he can have a turn. A man makes a sexual gesture using his hand and mouth. A man makes a sexual gesture with his tongue. A woman remarks about a younger man's buttocks, in Italian. We hear about experimental cloning performed using DNA from an ancient relic.

VIOLENCE/GORE 4 - A man in a restaurant begins to choke on food, on purpose, there is no one around to help him, he falls on the back of the chair, spits out the food and falls on the floor gasping. A man in a restaurant begins choking, on purpose, his face turns red, he drools and thrashes, another man performs the Heimlich maneuver and the man is OK. A man in a restaurant chokes, on purpose, and another man does the Heimlich maneuver -- we hear the man flatulating and the man who did the Heimlich remarks about the smell of feces and picks up a ball that has come out of the man's anus. A boy in a restaurant begins to choke, apparently on purpose, a woman performs the Heimlich maneuver and the boy is OK.
► A woman solicits a man to have sex with her and asks that he act as a faceless attacker and to pretend he's raping her: he uses a knife and pushes her onto the floor, she is disappointed at his lack of aggression, and both then masturbate to climax.
► Two police officers struggle with a woman, and she fights back. A man is locked into stocks and two boys hit him on the back and clothed buttocks. A man breaks a woman's walker against a locker. A woman talks about animals being imprisoned in zoos, she opens their cages and a wild cat lunges at a boy (we learn later that the boy lost a piece of his ear from the attack).
► A woman in a hospital stops breathing and monitors go off (she has a mouth full of pudding and some is smeared on her face, as well as on the face of the person who performs CPR.
► A comment is made about a man beating a woman almost to death. A man talks about his uncle getting drunk and driving into a tree. A woman talks in disparaging terms about her son in several scenes. A woman tells a boy that his father doesn't want him. A man threatens to beat a man up. A comment is made about a baby having been stolen from a stroller. A man threatens to dock a man's pay. A woman talks about having a mental breakdown. A doctor talks to a man about a case of dementia brought on by years of substance abuse.
► A boy throws an empty milk carton on the ground. A man drinks beer left in a tray in a man's garden (it's there for slugs). A man throws something into a bucket of dung and the dung splashes on his face.

SUBSTANCE USE - A woman smokes marijuana and blows the smoke into a man's mouth. People drink alcohol in an strip club in a few scenes, men drink alcohol in a restaurant, a man drinks beer left in a tray in a man's garden, and a man talks about his uncle getting drunk and driving into a tree.

MESSAGE - Addiction to casual sex may be caused by a lack of emotional connection with other people; people will do extreme things to find a connection.

(Note: People think that a man is the half-clone of Jesus.) 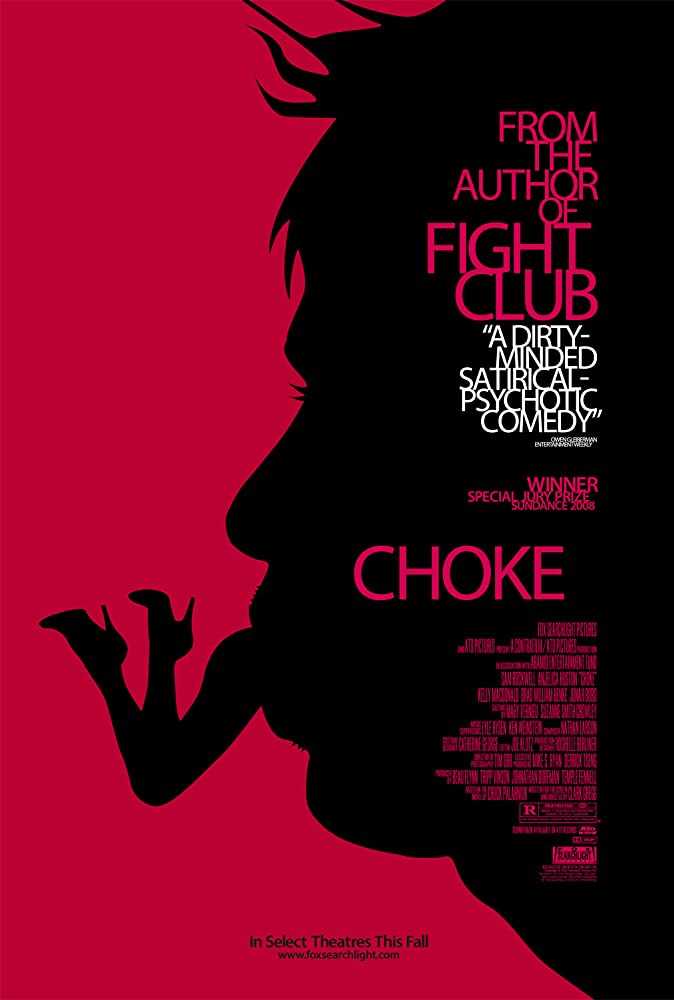