A woman (Julianne Moore) suspects that her husband (Liam Neeson) is being unfaithful and to test her theory hires a younger woman (Amanda Seyfried) to approach him and report back to her as to what he does. When things get more involved than expected and she wants to end the test, the other woman has different ideas. Also with Max Thieriot, R. H. Thomson and Nina Dobrev. Directed by Atom Egoyan. [1:36]

SEX/NUDITY 9 - A woman unbuttons the blouse of a younger woman (we see her bare breasts), the young woman kisses the back of the other woman's neck and unfastens her dress, they lie in bed nude (bare breasts, abdomens, legs, backs and buttocks are shown), they kiss, and the younger woman is shown moving her hand rhythmically between the older woman's legs as she moans.
► A young man and a woman have sex: she removes her clothing (we see her in a tank top and panties), he lies in bed on his back bare-chested, the woman straddles him and thrusts rhythmically, and they moan and climax.
► A woman showers and her bare breasts and abdomen are visible as she moves the handheld showerhead below her waist (implied self-gratification). A woman goes to a hotel room where she finds a younger woman fully nude (bare breasts, back and buttocks are visible). We see a photo of two nude women in bed together (bare shoulders and upper chest and arms are seen).
► There are several sexually explicit conversations between a woman and a younger woman, with the younger woman detailing sexual encounters she had with the other woman's husband, including a few flashbacks that show the woman performing oral sex on him (they are both fully clothed, we see her move down below his waist, he grips a nearby window and grimaces at climax); she describes how he made advances toward her, she describes his inability to become aroused, that she performed oral sex on him, that she put a condom on him and straddled him, that she made him climax with her hand, and that she bit his tongue.
► We see a woman seated in front of a mirror (it has decorated glass so details are diffused a bit), dressing (we see her bare back, her bare hips as she puts on stockings and a garter, and her bare breasts are reflected in the mirror); she's talking about her ability to be different people in her line of work (apparently as a call girl) and to know where to put her lips and her thighs.
► A younger woman kisses a woman and caresses her hair. A younger woman kisses another woman on the lips. A younger woman puts a woman's hand on her clothed breasts as they talk.
► A young woman comes out of a young man's room (she is wearing his shirt and panties, which reveal bare lower abdomen and legs), his mother sees her and they argue about her being there overnight (he's bare-chested and wearing boxer shorts), and she asks them if they use protection and the young woman tells her they use condoms.
► A woman wears a low-cut top that reveals cleavage and bare shoulders. A woman wears a T-shirt that reveals the outline of her breasts and nipples. A woman wears a low-cut dress that reveals cleavage.
► A man caresses a woman's bare thigh as she stands outside a waiting taxi on a busy city street. A man caresses a woman's face and chin. A wife sits on her husband's lap and they talk about where the romance in their relationship has gone.
► A doctor examines a woman in a medical office (we see the patient on an exam table with her knees raised under a sheet and her bare abdomen during a pelvic exam); the doctor asks the woman about birth control, the woman tells her that she has never had an orgasm and the doctor describes orgasms in clinical terms.
► A woman confesses to her husband about an extra-marital affair that she has had. A man at a restaurant with other people says, "Let's play spot the hooker" as they look around the dining room and discusses whether he ever paid for sex. A man remarks that a young man's girlfriend is probably performing oral sex on him. A woman asks a younger woman if she would agree to meet the woman's husband and report back to her as to what he does. A woman talks to her husband, while they lie in bed, about another woman staying with her husband for the sake of the children. During a college lecture, a professor discusses the number of lovers a man has had.
► A young woman asks an older man (he's her professor) out for dinner, he declines, but we later see them at a bar together. A man and a younger woman exchange smiles across a restaurant. A woman and a young man flirt.

VIOLENCE/GORE 4 - A woman is pushed back against a large plate-glass window that gives way, she tries to hold on but falls back and down onto the ground below (we see a body under a sheet on a stretcher later).
► A younger woman drags a sharp hairpin across a woman's neck (we see a trickle of blood).
► A young woman riding a bicycle slips on ice and falls to the sidewalk (we hear her yell and see her bloody knee while a woman dresses the wound). We see a hockey match where one player strikes another and he falls to the ice.
► A husband and his wife yell at each other in a few scenes. Two women argue in a few scenes. A young man and a young woman break up on a video call and he is upset.
► A woman is shown with a navel piercing.

MESSAGE - Be honest in your relationships. 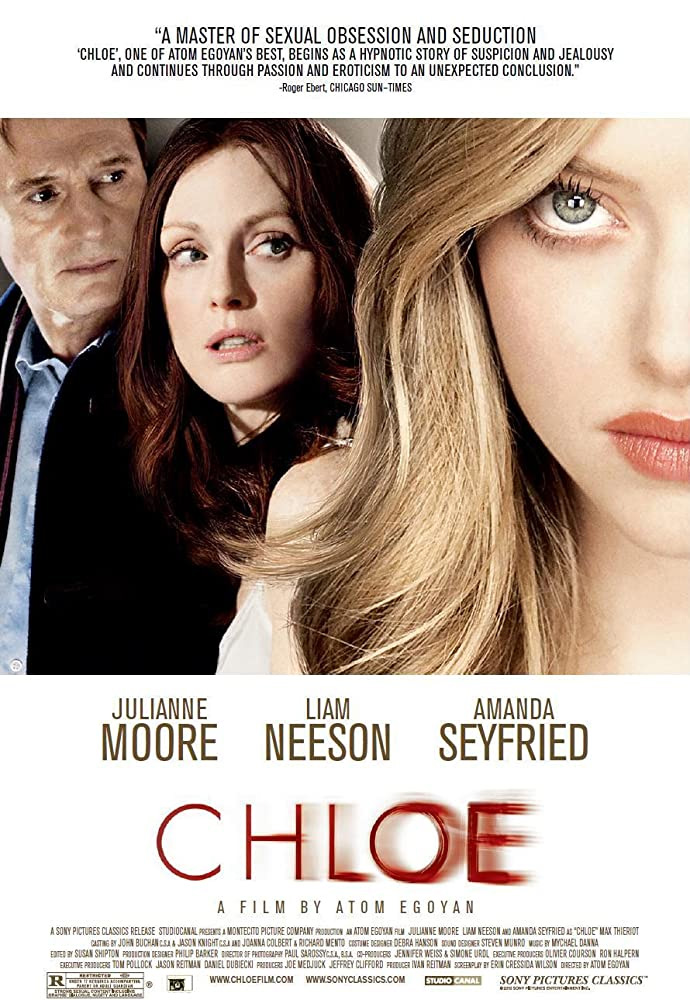