Based on a true story: In the late 1920s a woman (Angelina Jolie) whose 9-year-old son had disappeared will not stop searching for him and her tenacity leads her to a court fight against the Los Angeles police department. Also with Amy Ryan, John Malkovich, Jeffrey Donovan, Riki Lindhome, Kelly Lynn Warren, Colm Feore, Jason Butler Harner, Geoffrey Pierson and Gattlin Griffith. Directed by Clint Eastwood. [2:21]

SEX/NUDITY 4 - A woman is shown nude while being sprayed by a large hose (we see her bare back and shoulders, the side of a breast, bare abdomen, buttocks and legs). A nude woman stands in a room where a nurse puts on a rubber glove and tells her to spread her legs (we see her bare thighs and the nurse squatting in front of her, reaching up).
► A boy slips in a bathtub, a woman comes into the bathroom and helps him up, (we see his bare back to the waist), and she looks at his genitals and is alarmed when she sees that he is circumcised. A woman wears a low-cut dress that reveals cleavage. A woman wakes up and gets out of bed wearing a low-cut opaque nightgown that reveals her upper chest.
► A man asks a woman on a date, she refuses and asks him for another time. A woman identifies herself as someone who "works at night" (meaning a prostitute).

VIOLENCE/GORE 7 - A man forcibly pulls a boy out of a chicken coop, the boy and other boys in the coop yell and scream, and the man puts the boy on a stump and strikes him with an ax (we see the man bringing the ax down, we hear thuds and cracks and we hear the other boys screaming).
► A boy digs up a shoe with a severed foot bone in it, and then digs up a rib cage and other bones from decomposing bodies.
► A man with hands and feet shackled is walked up to gallows, his head is covered with a sack and a noose is placed around his neck; the man pleads and cries, the hatch beneath his feet is released, he falls through, we hear a crack, we see him thrashing and his feet twitching and then he stops moving and swings slightly.
► A woman is strapped to a table, a wedge is put in her mouth, electrodes are placed on her forehead, and she is jolted by electricity for an extended period of time -- she twitches and thrashes, and then falls motionless (she's OK later). A woman is strapped to a table and is prepared for shock treatment but the orderlies are interrupted.
► Several men are lined up and shot in the back in a dark alley (we see them flinch and fall to the ground). We see a dead man thrown out of a car when it takes a sharp turn and the door opens. A boy remembers a man swinging an ax and getting sprayed with blood (we don't know what he is striking).
► Orderlies struggle with a woman when she refuses to take medication, and several hold her down and force a pill into her mouth; another woman tries to stop them, she is struck in the face, she punches a man in the face, and she is taken away. A man chases a boy who runs into a house, the man kicks the door open and searches the house, the boy jumps on the man, they wrestle, and the man handcuffs the boy and takes him away in a car. A man is shown pushing several boys around and shoving them into a rundown chicken coop. A woman is handcuffed and forced into a police van that takes her to a psychopathic ward, and she protests but is threatened with a straitjacket. A woman yells at a man and slams him against a wall, she slaps him in the face and continues to yell, he tries to kiss her, she shoves him and he is taken out of the room.
► We hear screaming in a psychopathic ward and see women who seem to be drugged and unkempt locked behind doors with bars on them. A woman screams at a boy and throws a plate against a wall. We see photos of weapons used to murder young boys. A man is sentenced to solitary confinement until he is hanged.
► Three boys break out of and run away from a chicken coop where they have been held, and a man with a gun chases them and shoots at them (we do not see anyone injured). A man and a boy in a truck are shown driving along alleys and streets where they pick up a boy by telling him that his parents have been in a horrible accident.
► A woman collapses when she hears that her son is assumed to be dead. A woman argues with authorities several times when they insist that a boy they have found is her son but she insists he is not. A man twists a woman's words to make her seem mentally unstable. A woman cries and nearly collapses when she is told that her missing son has been found. A woman calls the police when she discovers that her son is missing and they refuse to help her until 24 hours have passed. A woman yells at another woman who is put in the same room with her.
► A 15-year-old boy tells a police officer, "We killed some kids" and goes on to say "maybe 20" and he says that he killed some children himself. We hear about the extremely violent methods being used by a police force. A boy talks about what happened to him and other boys kidnapped and held by a man who killed many young boys. We hear that a police officer kept beating his wife and when she complained she was sent to a psychopathic ward. A boy talks about getting in a fight with another boy and that he started it. We hear that a boy was missing for 5 months. A woman says that she lost two babies to back alley doctors.
► A man on the side of a road acts suspicious when a policeman asks for directions, and the man reaches in the back of his truck where he has a shotgun (the officer drives away without incident).

MESSAGE - Don't ever give up. Not so long ago women who were deemed troublesome often ended up declared insane. 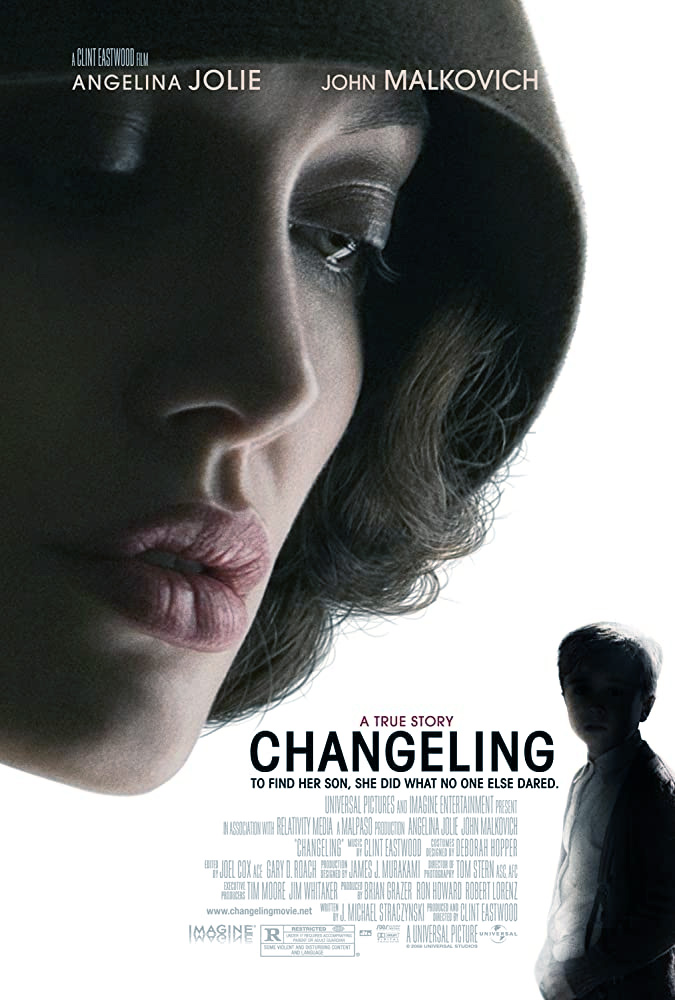