SEX/NUDITY 7 - A man and a woman kiss passionately as they lie on a sofa, the man is shown on top of the woman, the woman moans sexually and we see the man appear to manually stimulate himself (no nudity is visible); the woman asks him to stop as he touches himself, she rolls out from under the man as he climaxes (no nudity is visible, but we hear sexual moans) and the woman acts disgusted.
► A husband and his wife are going through a divorce and kiss on multiple occasions. A husband and his wife flirt, they kiss passionately and sex is implied when we see them wake up next to each another; the man begins to kiss the woman's face and arms and the woman pulls away, telling the man that sleeping with him was a mistake. A husband and his wife hug, the man kisses the woman, he asks if he can stay and hold her, they fall asleep together on a sofa and the woman then wakes up alone (sex is not implied and they are both fully clothed). A man and a woman briefly kiss on multiple occasions. A man and a woman kiss in front of another man and a woman, who joke that the kissing couple need to stop. A man and a woman kiss in front of a large crowd. A man and a woman are seen hugging and kissing each other and playfully bumping into each other as they walk and hold hands. A man and a woman salsa dance and kiss passionately. A man kisses a woman and she pulls away. A man and a woman are seen kissing in slow-motion still photographs spliced as an animation. A young man grabs a woman's face to kiss her and the woman turns away. A man offers a woman that he can "hold her" and "caress" her if she would like, and the woman turns him down.
► A man and a woman jokingly pantomime sexual acts with a tube of Chapstick: they laugh and make sexual comments about the Chapstick climaxing and we see the man squeeze the Chapstick tube and it explodes, mimicking orgasm; the man and the woman then jokingly comment that the Chapstick can "go again" and pantomime again, having the Chapstick "climax" a second time. A man and woman pantomime sexual acts with an ear of baby corn: they rub the sides while making suggestive comments and the woman then dips the corn in salad dressing, to imply orgasm.
► A man asks a young woman if she would be interested in going on a date with his friend and we later hear the man tell a woman that he is going on a date with the young woman, remarking that she is young but has a "great body." A man uses crude language to advise a woman to have sex with another man. A man chides a woman in crude terms, telling her to call a handyman who might have sex with her. A man tells a woman that he had slept with a woman three months previously and had gotten the woman pregnant. A man remarks to another man, using crude terms, about the appearance of a woman's buttocks; he continues to talk about the woman's buttocks as they watch her walk away. A man sings a playful song about being attracted to male genitalia. A woman jokingly asks a man to tell her that he is gay. A woman tells another woman that she has a date with a man she finds very attractive.
► We see a logo that appears to be a stylized buttocks (a large "B") with a line that appears to be male genitalia entering the "B": a woman shouts about it, a woman apologizes for making the logo look like that, two men joke about being attracted to the logo and in the background we see several men wearing the logo.
► We see a shirtless man dancing suggestively on a table at a club.

VIOLENCE/GORE 1 - A woman shouts at a man and another woman and storm away. A man shouts at a piece of furniture and throws it on the ground.
► A woman playfully punches a man in the shoulder. A man and a woman playfully pinch each other and the man playfully threatens to pinch a woman's breasts.
► A woman leans into a trashcan, it tips over and she falls out (she is unharmed). A woman accidentally knocks herself in the teeth with a bong (she is unharmed).
► A man jokingly tells a woman that is breathing fire and dancing with fire to not burn herself. A man tells a woman that she needs to be beaten with branches (at a spa) to improve her health. A man tells a woman that he was soaked in his own urine while waiting to shoot a photograph; he then jokes that another man smiled at the man's urine stain on his leg.
► A woman burps loudly.

SUBSTANCE USE - On multiple occasions we see men and women smoking marijuana, a man and a woman smoke a marijuana water bong to the point of extreme intoxication, men share marijuana cigarettes as they watch a high school cheerleading practice, a man appears to snort a line of cocaine in his hand, a man tells another man that a woman is frequently smoking marijuana and jokingly calls her "Snoop Dogg," a young man tells a woman that he knows a man as his drug dealer, and two men discuss how one of the men sells marijuana and the drug dealer says that he should think about selling meth. Men and women drink alcoholic drinks throughout the movie, men and women drink excessively at parties, a woman drinks to the point of extreme drunkenness and passes out on a pool float, men and women drink shots of liquor rapidly, and a young woman is seen drinking directly from a bottle of wine and acts intoxicated. Throughout the movie we see men and women smoking cigarettes, a man acknowledges to a woman that he has started smoking again, and a woman chides a man for smoking and throws his cigarette out the window.

DISCUSSION TOPICS - Divorce, maintaining friendship after divorce, regret, denial, depression, coming to terms with a situation, choosing between being right and being happy.

MESSAGE - Getting over relationships can be very difficult. 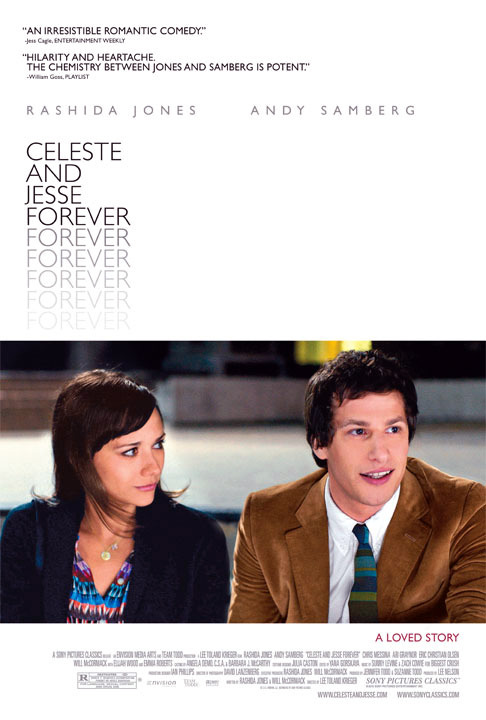