Halle Berry stars as a mild-mannered and insecure struggling artist working in the design department of a cosmetics company run by a greedy, power-mongering couple (Sharon Stone and Lambert Wilson). When she discovers a company secret about a miraculous face cream that prevents and reverses aging, she becomes the target of a conspiracy. That's when she's mysteriously transformed into Catwoman, finding confidence in her newfound strength and agility, but at the same time balancing between being good and being bad. Based on the DC Comics character. Also with Benjamin Bratt, Frances Conroy, Ellen Pompeo and Alex Borstein. Directed by Jean-Christophe 'Pitof' Comar. [1:44]

SEX/NUDITY 4 - A man and a woman kiss, they caress and kiss some more, she removes his shirt (we see him bare-chested), they kiss again then we see her sleeping in bed with sheets to her chest, and he gets out of bed bare-chested. A man and a woman play basketball one-on-one in a suggestive manner: she rubs her body against his, she grabs his waist from behind, she wiggles her hips and he admires her, and she tackles him and straddles him on the ground. A woman dances suggestively in a nightclub, she cracks her whip, and pulls herself toward a man who appears to be trying to kiss her. Men and women kiss in a nightclub scene, a man and a woman kiss on a Ferris wheel, and a man and a woman nearly kiss on a Ferris wheel. A woman licks a man's face, and a woman and a man have a conversation that includes some remarks that could be construed as sexual. A woman wears a leather suit that consists of skin-tight leather pants with slits and slashes that reveal skin and a bra top that reveals bare back to the hip, bare abdomen and cleavage. A woman walks and moves in a very cat-like manner swishing her hips, etc. A woman's top is unzipped and reveals cleavage, a woman wears a low-cut top revealing cleavage, and a woman wears short skirts that reveal bare thighs in a few scenes. We see a portrait of a nude woman with a bare buttock and leg exposed in a few scenes. A woman admires a man and talks about him in sexual terms (lusting after him and fantasizing about him). A man admires a man and makes a remark about a "man sandwich," a woman lists words that rhyme with a man's last name (a couple of which can be sexual in nature). Men and women dance in a nightclub scene.

VIOLENCE/GORE 5 - A woman is chased through a factory and shot at by two men, she slips down a ramp, into waste pipes, the pipes are shut off and then flushed pushing her out and into water far below; that's where she dies (we see her floating in the water). A man lies dead with three bloody holes in his chest, and a man lies dead with bloody scratch marks on his face and bloody bullet holes in his chest. A woman shoves a man into an alley where they fight: she hits him with her whip, it wraps around his throat, she kicks him, he punches her, and she pins him on the ground with a jewelled claw to his face. A woman hangs from a metal pole, she slips and falls crashing through glass and slamming into the ground (we see her lying dead, but there's no blood). A woman shoots at another, who in turn slams her into a fence and they fight with many kicks and punches exchanged; one woman is slammed into a pole, thrown through large pictures, and onto a platform, and the other woman is slammed onto a glass window, which cracks and breaks and she nearly falls through and to the ground far below. A woman shoots a man in the shoulder (we see blood on his hand later), another woman gets the woman's gun with a flick of her whip and fights several men with guns, slamming one man's head into a wall (we see blood on his forehead) and pushes one man down a flight of stairs. A woman's face begins to crack and disintegrate after being hit several times. Two men break glass cases in a jewelry store, they shoot at a woman repeatedly as she climbs and jumps along a wall and a balcony, another man begins firing his gun at her, and she fights with all three men with kicking and punching: one is kneed in the crotch and one is thrown into a wall (it is not clear whether the men are eventually dead or merely unconscious). A woman hits another woman in the face with a golf club and falls down a flight of stairs; also, a woman grabs another woman and forces her down a flight of stairs. A woman kicks a door down, sprays beer on electrical equipment and people, then pounces on a man and holds him down with her foot while yelling at him. A woman's eyes flash red when she is angry. People are trapped on a Ferris wheel when it breaks down, a man climbs down the side to the ground, a little boy falls out of his car, a woman catches him and holds onto the side of the wheel. A man holds a woman at gunpoint on a catwalk above a stage, he tries to put her in handcuffs, she kicks him and shoves him while a stage light swings back and forth nearly hitting him; he slips off the catwalk, she catches him and puts him on another scaffold, she jumps to the ground and is held at gunpoint by many police officers, and she shorts out the lights with an electrical cable and runs away. A woman climbs onto a window ledge trying to retrieve a cat, she climbs onto an air conditioner, the air conditioner tips, the woman slips and begins to fall, and a man grabs her and pulls her inside. We see the badly scarred face of a woman in several scenes. A woman floats motionless, face down in water and we hear that she is dead (we see this several times). A dead woman lies on a rock slab, a cat climbs on top of her chest and exhales some sort of vapour into her mouth; the woman breathes and coughs and comes back to life and briefly reacts to her new more acute senses of hearing and sight. A woman scratches a man's face (we see bloody slash marks), she is surrounded by police officers with guns, she jumps from a balcony onto a stage below, and then climbs a wall into the catwalks. A man slaps a woman in the face. A woman punches a glass window with her fist, shattering the glass, and a woman squeezes a drinking glass and breaks it (her hand is fine). A woman drives a motorcycle very fast through very busy streets, and a woman runs and jumps along rooftops in a few scenes. A woman jumps out of a window onto a street below, a car screeches to a stop and its bumper taps her on the back (she throws the driver on the ground and steals the car). A man thinks that a woman is trying to commit suicide by standing on the ledge of a building several stories up. A woman yells at a man and insults him. A woman accidentally throws a baseball at a man hitting him in the chest. A woman falls off a shelf and lands on the floor. A woman collapses on the street and we see her in the hospital later (she seems ok). A woman runs into people as she rushes to get to work.

MESSAGE - Extraordinary powers can make one confident, but also amoral. 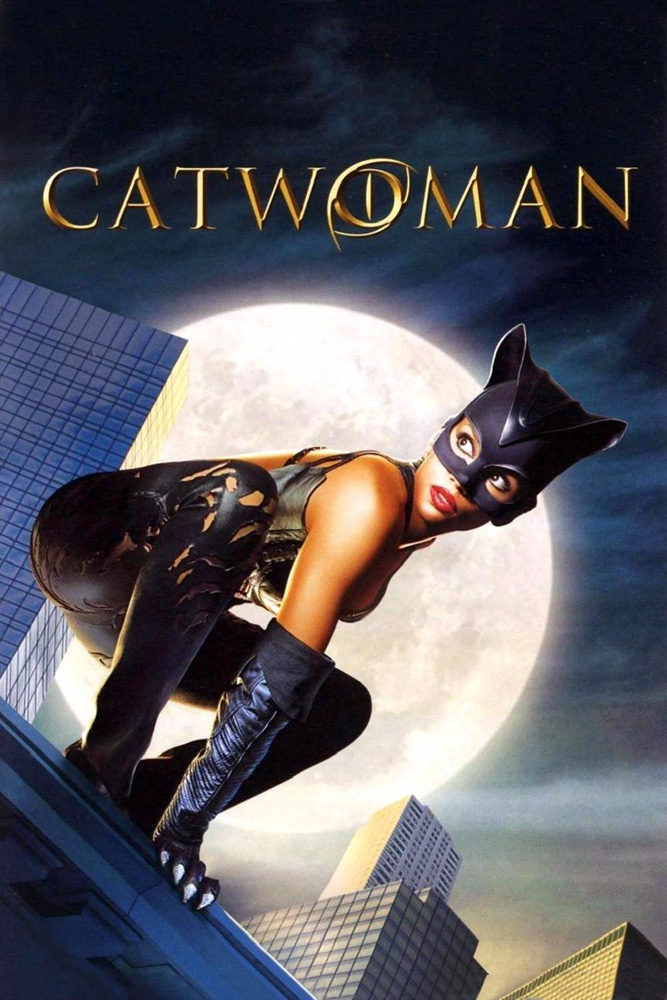