Why is “Captive State” rated PG-13? The MPAA rating has been assigned for “sci-fi violence and action, some sexual content, brief language and drug material.” The Kids-In-Mind.com evaluation includes a few scenes that take place in a brothel with scantily clad women and male customers with some kissing and dancing shown, alien attacks are shown (ending in death with some blood), several police raids with beatings and shootings (we see some bloody wounds), implications of torture, several suicides by hand and drugs, and at least 3 F-words. Read our parents’ guide below for details on sexual content, violence & strong language.”

After a decade of occupation by extraterrestrials, humans are divided into collaborators and dissidents, and when they clash it’s hard to tell who will rule the day. With John Goodman, Ashton Sanders, Jonathan Majors, Vera Farmiga, Kevin Dunn, James Ransone, Alan Ruck, Madeline Brewer and Machine Gun Kelly. Directed by Rupert Wyatt. [Running Time: 1:49]

– A couple of scenes take place in a brothel and we see scantily clad women (bras are seen and cleavage and abdomens are revealed) in hallways talking to men and one couple is shown kissing. A woman is shown in a bathtub and she is underwater to the chin. A man being tortured is shown wearing boxer briefs and we see his bare chest, abdomen and the outline of genitals through the fabric of his underwear.
► A woman in a room wears a bra and a sheer skirt (we see cleavage, bare abdomen, back and buttocks, and her legs are visible through the skirt); she approaches a man who stands in the room and kisses and caresses him on the couch as she says, “Let’s go to bed,” and he leaves. A woman wearing a long shirt pulls a man onto a bed and on top of her but he pulls away. A man enters a room where a woman dressed in a lace negligee stands (we see cleavage, bare shoulders and upper abdomen), he asks her to go away with him and they embrace and dance.
► A man watches a CCTV-like footage of a man and a woman in bed and fully covered and we see the blankets moving and hear moaning (sex is implied). A man kisses a woman on the cheek and they hug. Men in a club are shown wearing makeup and women’s clothing, like short skirts and fishnet stockings. Men and women dance together at a party.

- A man sprinkles powder on a tray and holds a rolled paper bill in his hand (implied to be cocaine, but we do not see him use it), a person flushes something from a plastic bag down a toilet (not identified), and a woman puts tobacco-looking leaves in a rolling paper and rolls it before giving it to a man (we can't tell what it is) who tucks it behind his ear (no one smokes it). A man smokes a cigarette while walking on the street, and several people smoke cigarettes as they file out of a work place.

- It's hard to fight an alien occupation. 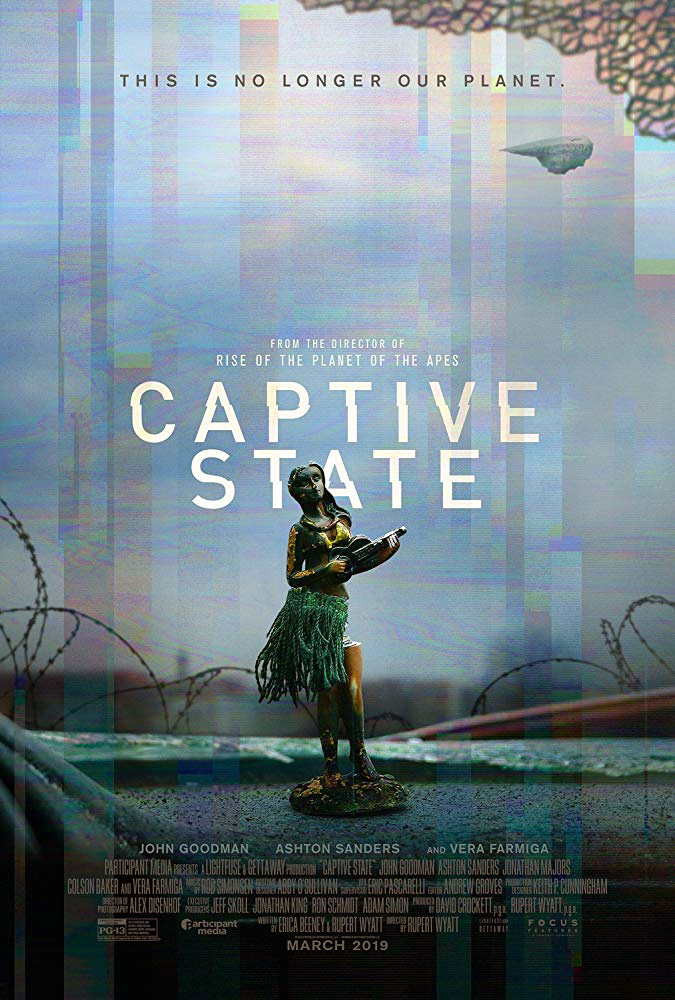