After his wife dies unexpectedly, a man (Clive Owen) must quickly shift into the role of sole caregiver to his six-year old son. When his teenage son from a previous marriage shows up to stay for the summer, he must now juggle being a widowed, single father to two, while dealing with his own grief. Also with Laura Fraser, Emma Booth and George MacKay. Directed by Scott Hicks. [1:44]

SEX/NUDITY 4 - A man and woman kiss passionately and he caresses her shoulders. A man and woman kiss and they wrap their arms around each other. A man and a woman kiss lovingly and embrace.
► A man warmly kisses a woman on the cheek. A man exchanges a friendly kiss on the cheek with a woman. A woman and man kiss one another one the cheek in a friendly fashion. A man holds a weeping woman to his chest to comfort her.
► During a game of hide and seek, a man announces in a singsong voice that he is looking for little children that are hiding because he loves little children and loves buying them presents and a woman laughs and says that the man should be careful about what he says and that he might be arrested.
► A man comments to a woman that his wife was "sexy." A man calls a woman "beautiful" and makes a crude pass at her; the woman rolls her eyes. A man tells a teenage boy that while he had loved the teenage boy's mother, their relationship had failed because the man had gotten another woman pregnant. A man tells a woman that his previous relationship had started because he had impregnated the woman. A man comments to a teenage boy that the boy's mother was pregnant; the teenage boy seems unfazed. In response to a man asking if a woman was in a relationship, the woman offers, "There is no boyfriend." An older woman comments to a man that the man's ex-wife might be under the impression that he is "back on the market." A teenage boy tells a man that it is obvious that he "fancies" a woman. A woman shouts at a man, saying that they had "progressed" too quickly, with a heated discussion over child custody, without even having gone on a date. A woman angrily tells a man that he cannot assume that she is not in a relationship and might be busy engaging in "wild sex" for a week. A man discusses with an older woman that he had abandoned his other son in order to be with a woman. A man makes a crude comment to a woman about only being interested in female sports due to the physical appearance of the women. A man asks a woman what body part she prefers of women, the breasts or the legs, the woman laughs him off, not answering and he answers his own question by picking a part of the female anatomy.
► A woman is shown wearing a bathing suit top with shorts (a portion of her bare back is visible). A woman models a low-cut dress in front of a man and asks his opinion. A man is shown bare-chested wearing swimming pants (his bare back and chest are visible) and another man comments that his body is dolphin-like and if a person were to run his hands over his body it would be as smooth as a swimsuit. A shirtless boy stands next to a man and comments that he can see his own nipples, laughs and in a singsong voice announces loudly that his nipples are visible; the man laughs and tells the boy to put his shirt on. A teenage boy and a younger boy sit in an outdoor bathtub, splash one another, and they appear not to be wearing shirts and it is unclear whether they are wearing pants (we see bare shoulders). A shirtless boy joyfully jumps into large bathtub repeatedly, splashing water out of the tub and onto the walls and floor. A boy, wearing only underpants, is shown getting dressed. A boy is shown wearing only shorts, as he runs around a room with a teenage boy wearing boxer shorts and a shirt. A woman gives a boy a bath; no nudity is visible, and she covers him in a towel. A teenage boy, shirtless and lying on a bed, stands up and slips on a shirt. A shirtless teenager lies in bed (his chest is covered by a sheet). A boy is seen wearing underpants and a T-shirt, and standing next to a washing machine as he begins to remove what's left of his clothes (no nudity is seen). A woman wears a cleavage-exposing low-cut top.

SUBSTANCE USE - A man quickly drinks an alcoholic shot and then pours himself another one, a man takes a sip of a presumably alcoholic drink as a man with a full wine glass sits near him, a group of people are seen drinking out of wine glasses and holding beer bottles, a man pours himself a glass of wine and a woman remarks that the man should not be drinking more (the man ignores her and walks off with the entire bottle of wine), a man takes a swig from a bottle of wine, a man drinks a beer, a man lies on a bed holding a bottle of beer, a man hands another man a beer and opens one for himself, two men drink from full wine glasses, a man quickly drinks a shot of liquor, a man drinks a beer during a small child's birthday party, a group of teenagers drink beer while sitting on the beach, a man asks a woman if she would like a drink and pours a glass of wine for the two of them, a woman tells a man that her ex had gotten "clean" but does not elaborate, a man drinks at a bar, a bartender pours a man a drink, a man sits in a pub with a boy, in a large party setting men and women drink and hold beer bottles and wine glasses, a man walks into a room with empty wine bottles and beer bottles on the tables and counters, empty beer bottles are shown in the hotel room, a man offers a woman a drink (she declines saying that she will have to drive soon), and a portion of the movie is set on a winery.

MESSAGE - We must confront our problems, even if it means admitting helplessness, if we hope to solve them. 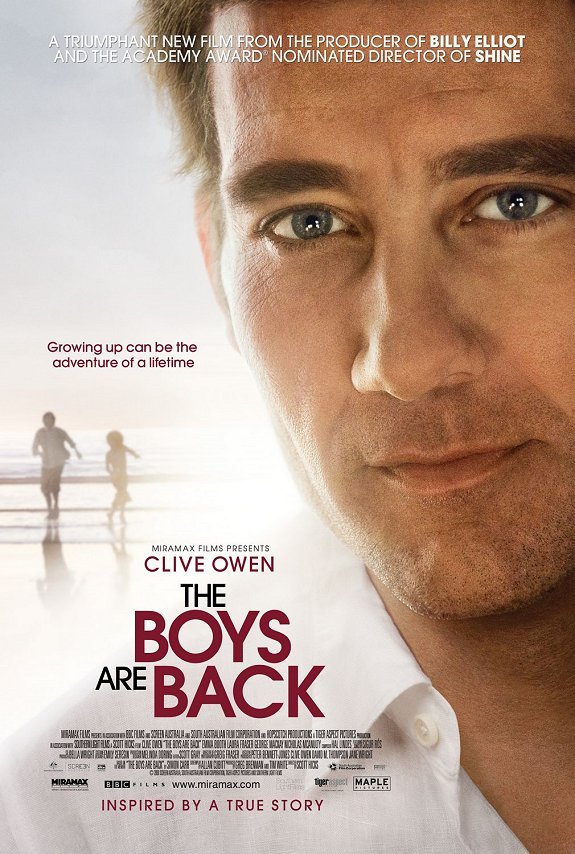