Based on a true story: a boxer known as "The Pazmanian Devil" (Miles Teller) wins two world championship titles, but nearly dies in a massive automobile accident. Left with a broken neck, he goes against doctor's orders and works tirelessly with a well-known trainer (Aaron Eckhart) for a comeback bout. Also with Katey Sagal, Ciaran Hinds, Christine Evangelista, Ted Levine and Amanda Clayton. Directed by Ben Younger. Several lines of dialogue are in Spanish with no translation and a man translates at a press conference for two boxers. [1:57]

SEX/NUDITY 6 - A clothed man drops poker chips onto a nude woman's chest that we see from above (we see full nudity from the waist up, including breasts, and a partial bare thigh); he kisses her and the scene ends.
► Three scenes in a strip club show several women dancing and writhing around poles while nude, except for thong panties, revealing front and back nudity; in one of the scenes a man holds a woman in his lap and watches strippers dance and later he kisses the stomach of one of the dancers. The camera points up into the tight skirt of a woman and we see the crotch of her panties. A man sits in a wheelchair with a halo brace around his head and neck, watching dancers in a strip club. A woman visiting a house wears a tight blouse that reveals cleavage and a miniskirt with a back slit that reveals most of her bare thighs. Two fighting ring women wear one-piece swim suits and both reveal cleavage and the side of one breast. A woman wearing skimpy bra and panties walks across a hotel room, revealing cleavage, abdomen and legs up to panties. Women in a casino wear deeply cut dresses that reveal cleavage. A woman bares cleavage when wearing a strapless gown. Several women at boxing matches wear gowns that bare cleavage. Several male fighters are bare-chested. A man wears only a leopard print thong with a bulge at the genitals during a weigh-in; when a promoter looks at him with disgust the boxer squeezes his own crotch and laughs. Photos of shirtless fighters hang in an alcove in a home and on the wall of an office.
► A clothed woman straddles a man on a bed: he is wearing an surgical halo brace around his head, neck, and shoulders, she gets her hair caught in the metal and shouts and tells him to call her when he is out of the halo brace and then leaves.
► A man dances, writhes, and does pelvic thrusts when he visits an injured friend to make him laugh.

VIOLENCE/GORE 6 - Two people in a car travel on a road when a car on the other side of the road crosses the center line and hits them head on; we hear a shout and some screeching tires, along with a muffled crash, and see the cars slide off the sides of the road, with their hoods crumpled and smoke coming out; one driver crawls out his side window and we see blood on his face and he cries as we see the passenger hanging partially out of the broken passenger window, glass and blood all over his face and the side of the car.
► In surgery to install a halo brace, we see a doctor inject local anesthesia into a dot on a man's forehead, place a metal circle around the head, and screw in four large metal screws at the forehead and back of the head. A man with a halo brace hits the halo brace on a car door and shouts in pain. A doctor removes a halo brace after a patient refuses anesthesia; the doctor explains that calcium deposits formed around the screws and we hear ratchet sounds as the patient shouts in pain, grimaces wildly several times, and finally breaks one of the arms off the chair (four screws with blood on the tips fall into a metal cup); we see blood dripping over both eyebrows and the patient's face has several small scars across the face and throat.
► A professional fight shows two boxers sweating and punching as a crowd shouts while one fighter develops a bloody nose and black eye before collapsing and the scene cuts to the man on a gurney and then in a hospital bed, saying that he is dehydrated. In a professional fight, a man is shown with a bruised eye and a man is knocked unconscious. We see portions of seven rounds in the Duel in the Desert fight in Las Vegas, including many loud punches to the head, body and shoulders as spectators cheer, whistle, and boo; one boxer is shown with a bloody nose, an increasingly swollen eye, and some small cuts around his face and he staggers a few times, recovers, and we see an ice bag on his neck once; the other boxer staggers and falls once, but recovers and the managers of both boxers shout and curse a few times. A tape shows the end of a fight and we see a boxer hit another boxer's manager, causing a bleeding cut over the man's eye.
► A man trains for boxing with punching bags, a heavy bag, and a rocking fight dummy that hits him in the head twice. During sparring practice a fighter knocks down a larger man with a loud hit. During sparring, a boxer takes a loud hit to the head, falls, but gets up and is OK. Grainy VHS footage shows a boxer lying face down on a stretcher and we hear that he has a broken jaw.
► A boxer wearing a halo brace walks slowly at home, eats very slowly, and bumps the halo brace a few times, shouting in pain. A recovering boxer awkwardly works with weights and has difficulty lifting even the bar alone, but grimaces with shaking hands and finally lifts the bar; later the boxer's father finds the man working out in the basement with a trainer and angrily tells the trainer to leave his house. A flashback sequence shows an auto accident, a metal halo brace on a boxer's head, its removal with ratchet sounds, and his subsequent training.
► A man lies unconscious on his back in a hospital bed with a brace on his neck and a cord from it holding the neck in traction behind the head of the bed; when he awakens, he hears that his neck is broken, argues loudly with a doctor, thrashes, and receives a sedative injection, causing him to fall asleep; he later requests a surgical halo brace to help his neck heal, instead of a spinal fusion.
► A severely injured boxer argues with doctors, parents, friends, trainers, and boxing promoters, insisting that he can fight again and win money in future matches. Family members argue loudly several times. A man announces that another man lost his driver's license for drunk driving, the man becomes angry and an argument ensues. A man tells another man that he smells like alcohol and the other man replies, "You smell like Rhode Island."
► Three people walk in a hotel corridor and a woman falls in her high heels. During professional fights and training, we see a boxer spit out water twice and a little blood once.

SUBSTANCE USE - A boxer states that he has never drunk any alcohol or smoked anything or tried any recreational drugs, we see a close-up of an IV bag dripping, a nurse injects a sedative into an IV line, and a doctor administers anesthesia with a hypodermic syringe in close-up (we cannot see where it is going). A man drinks from a glass of wine in a hotel room, four scenes include several women holding glasses of wine and we see an empty beer bottle on a coffee table, five scenes feature glasses of wine on a family dinner table, men and women drink wine and a few men drink small glasses of whiskey at a dinner, a man at a bar table has an almost empty glass and we see a little purplish liquid over ice, several men at a bar play poker at tables and we see glasses of wine and bottles of beer on all the tables, men and women drink a variety of alcoholic beverages at a restaurant, a man slumped on the floor of an office is unconscious and holding an empty liquor bottle in one hand, a man walks out of a restaurant and staggers drunk being followed by two police officers who arrest him when he opens his car door, and a man tells another man that he lost his driver's license and we hear that he was once arrested for DUI in the past. Two men on a porch smoke cigars, a man smokes at a patio table and another man smokes at home, a woman and a man smoke in a casino, and a woman smokes a cigarette several times in her home and lights a cigarette once from a prayer candle.

MESSAGE - A determined person can overcome injuries and sports politics to become a victor in sports and in life. 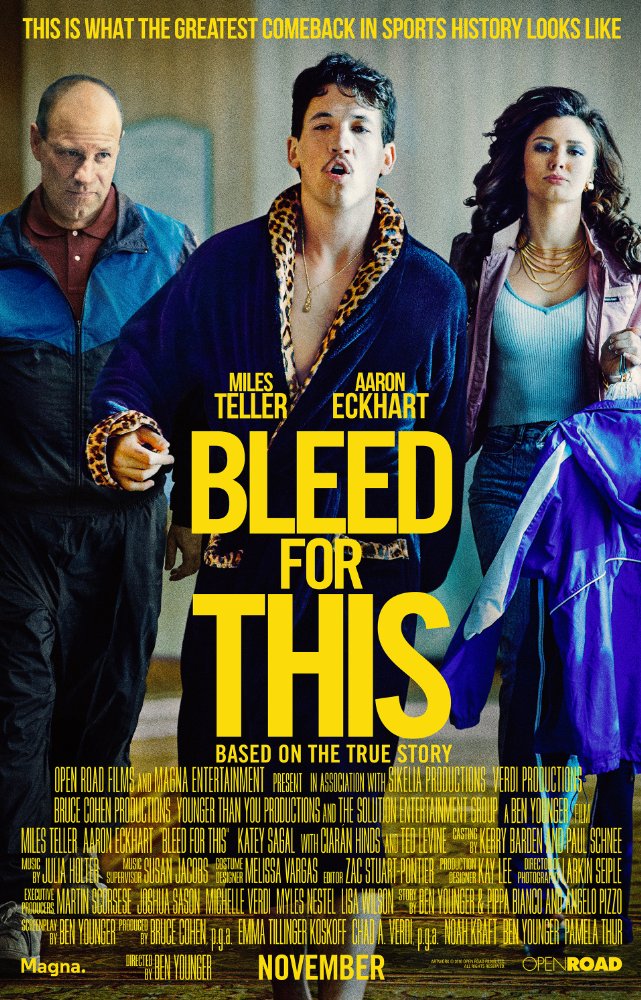