SEX/NUDITY 9 - A girl shows her genital area to a man (we also see it several times) and asks him to fondle her; we later see him clothed but thrusting on top of her. A woman's bare back is visible as she's having intercourse with a man; we hear them breathing heavily and thrusting a little bit. Three implied sex scenes: a man and woman kiss and he begins to pull up her skirt (we later see them clothed and lying on a bed together), a man and woman hold and kiss each other (their bare backs and shoulders are visible), and a nude man with his backside visible pulls a clothed woman toward him (nothing else is seen, but we do hear some heavy breathing). A man kisses a woman's scarred back. A man hugs a woman from behind and cups her clothed breasts; in another scene he grabs her clothed buttocks and buries his head into her clothed breasts. We see a woman's bare breast as she breast-feeds her child. We see a nude, pregnant girl's full front and backside a few times during one scene.

VIOLENCE/GORE 7 - We see a woman with blood on her clothing and face swinging a baby around and holding another very bloody, dead infant (it's implied that she cut the infant's throat with a saw); we also see two slightly bloody boys lying on the ground next to her. We see a man being hung and several people about to be hung, one of whom has a metal muzzle over her mouth. A girl's back is whipped (we hear a loud cracking noise and screaming). Some brief scenes showing a man with metal spikes around his neck and a metal gag in his slightly bloody mouth; a man tied to a burning stake is also seen for a split-second. Twice, we see flashes of scenes in which men are holding a woman on the ground and licking milk that spurts from her bare breasts. During some supernatural occurrences, plates and tables fly around a room and nearly hit people, a table pins a man against a wall (he eventually pushes it away) and a dog is flung across a room and into a wall (it survives, but we see it lying on the floor with its eye hanging out of the socket and blood on its tongue). A woman with bloody feet and a bruised and bloody face collapses on the ground; we later see her walking gingerly on bandaged feet. A group of people are bound together with ropes around their necks. A man burns his hand on a hot stove (a sizzling noise is heard), a woman falls down a staircase and a woman scratches her neck until it bleeds. A girl throws things, turns a table over and threatens a woman with a fire poker. A woman yielding an ice pick runs into a crowd but doesn't hurt anyone. A girl puts a live chick in her mouth and tries to eat it (it's an ignorant act rather than a malicious one). A woman urinates, a woman's water breaks, a girl drools several times and a girl chokes, flails about and eventually vomits. We see large brown stains on a girl's nightgown and bed sheets, presumably from soiling herself while sleeping. A man and woman have many large scars on their backs from being whipped (we see the woman's scarred back a few times during the movie); a girl has scars near her scalp and on her throat. Lots of bugs crawl on a sleeping girl's face and clothing.

MESSAGE - Loving someone too much can destroy you. 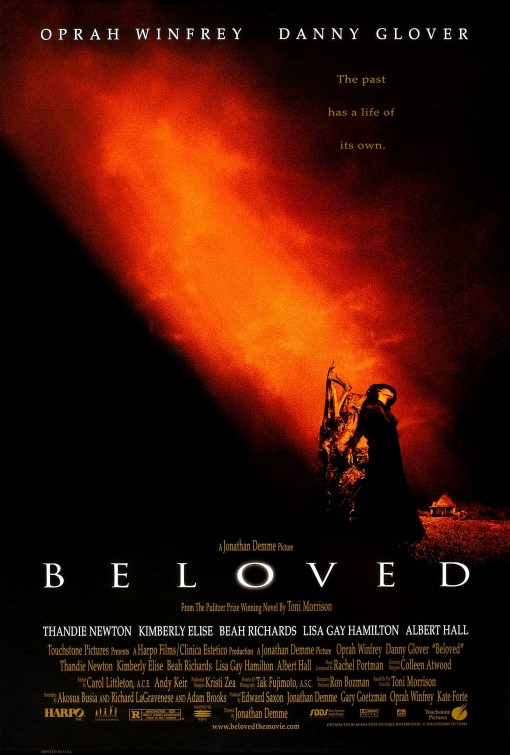