A man (Mel Gibson) is depressed and failing as a husband, father and executive. After a brush with suicide, he begins to communicate solely through a beaver hand puppet. Also with Jodie Foster, Anton Yelchin, Cherry Jones and Jennifer Lawrence. Directed by Jodie Foster. [1:31]

SEX/NUDITY 7 - A man and a woman are briefly seen in a variety of sexual positions: the man on top of the woman in bed, kissing her passionately; the blurry outline of the nude man and woman in a shower, and the man's arms and leg appear to be wrapped around the woman; the man moving off a woman, panting loudly and making a crude remark about the woman's sexual performance later; the woman is on top of man and they are kissing passionately in a bed; oral sex performed by the man and then the woman is implied as the fully-clothed woman is seen lying in bed moaning and then the man is seen with the woman kissing him passionately and then lowering her head past his waist (we see no sexual action).
► A man and a woman kiss passionately. A man dips a woman and kisses her passionately; she looks disoriented when she stands up.
► A teen girl and a teen boy kiss. A teen girl places her hands on a teenage boy's face and they kiss. A man kisses a woman's face in greeting, and he then makes a beaver hand puppet kiss the woman's face.
► A man's bare chest and back are briefly visible as he showers. A teenage girl wears a cleavage exposing dress.
► A man talking via a beaver hand puppet makes a suggestive comment about a woman's appearance. A man makes a beaver hand puppet make a strange face at him after he uses a blow dryer to dry the puppet's backside. A man talks via a beaver hand puppet, saying to a group of people that a middle-age man has his hand up his behind.

VIOLENCE/GORE 6 - We hear the sound of a table saw spinning, and then hear a scream from a man followed by the sound of crushing bone and tissue (we do not see the act); moments later we see a teenage boy discover the man (he is his father), presumably almost dead and the man and the teenage boy are then seen in a hospital, with the man on a gurney, blood spattered on himself, the teenage boy and covering his shirt (he is later seen with a stump where his arm once was).
► A man attempts to hang himself; he ties his necktie around a shower curtain rod, the rod falls down, he coughs and stands up unharmed; he drags the shower curtain rod behind him as he stands on the edge of a balcony (approximately 10 stories up), overlooking a city and it is implied that the man is about to jump but is surprised moments later and stumbles backwards.
► A man with a beaver hand puppet on his hand shouts at the puppet, they "fight" as the puppet punches the man and the man slams the puppet into a door, throws himself against a desk and dresser, and smashes a guitar over his head; the man presumably blacks out, and we see him later with a large cut on his forehead, his lip split and bloody and one of his eyes completely swollen shut.
► A teenage boy slams his head into a wall five times in a row, with great force; he slams his head so hard that we see the outside wall of the house shake with the force of the blow and we see a pre-existing dent in the wall from him slamming his head into it previously. A teenage boy slams his head against a wall, where we see a dent from him previously hitting his head against the wall, and he hits his head so hard that an exterior shingle falls off the house and we see through a hole in the house caused by the force of the blow. A man whips himself on the back with a belt twice. A man stumbles, he trips and a shower curtain rod tied to his neck catches a television, sending it crashing on top of his head; he is seen the next day unharmed.
► A teenage boy lunges at his father, he grabs a beaver hand puppet from the man's hand, the man shoves the boy backwards, throwing him against a wall and the boy's mother breaks up the fight. Several children throw rocks at a child sitting on stairs; he does nothing in response.
► A man has a panic attack, he breathes heavily and then, talking through a hand puppet, shouts at a woman and runs away through a crowded restaurant. A man talking through a hand puppet shouts at a woman. A man with a beaver hand puppet on his hand grabs his own ear and shouts at himself as the puppet.
► A boy tells his mother that another boy called him a crude name and then threw him into a dumpster. A woman tells her son that his grandfather was "very sad and had an accident," implying that he had committed suicide. A teenage girl tells several people that her brother had died. A man talks to himself through a hand puppet, saying that he needs to hypothetically blow up a building; the man begins shouting and the puppet shouts back. A voiceover explains that a man feels as though he has died but his body is still alive. A voiceover explains that a man's depression was like a black hole that "swallows everything that comes near." A man talks to himself through a hand puppet, saying that a man was working on an obituary for himself. A teenage girl jokingly asks a teenage boy if marks on a map were where he "buried the bodies"; the boy jokingly plays along and agrees. A teenage boy teases a teenage girl about being suspended when she was in the 8th grade, asking if she had stolen a book or teased a fat person.
► A man jokingly tells his son a story, through a hand puppet, that he had made a racecar that was so ugly it caused a woman to vomit just by looking at it. A man uses pieces of fruit to jokingly simulate a beaver hand puppet defecating as a boy watches and laughs. A man spits into a sink twice; we hear the sound of spitting but see no spittle. A man talking through a hand puppet, teases his son about picking his nose.

SUBSTANCE USE - A man takes a handful of pills from a prescription drug vial, a man mentions on multiple occasions that he is and was taking pills for mental illnesses, a teenage boy jokes that he feels like he is buying marijuana when paying a teenage boy to write a paper for him, and a teenage boy briefly mentions that a teenage girl's brother had "OD-ed" but does not explain on what. A man is seen walking out of a liquor store with a box of liquor and he is later seen drinking directly from a bottle and acting intoxicated, a man and a woman are seen drinking in an office, men and women are seen drinking wine at dinner, and a man attempts to pour liquor on a television set when aiming for a person on the television's mouth. A teenage boy teases a teenage girl by saying that she had been caught chewing nicotine gum as a pre-teen.

MESSAGE - Depression is a very serious illness, which can affect all aspects of your life. 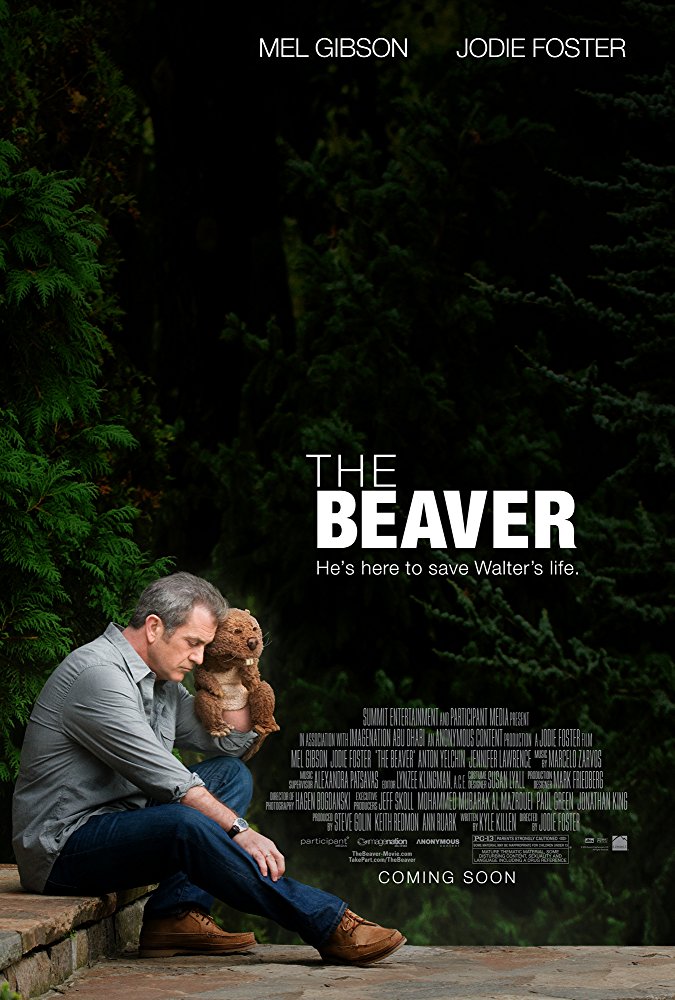