Two escaped convicts (Bruce Willis and Billy Bob Thornton) travel from Oregon to California on a bank-robbing spree, hoping to get enough money to open a resort hotel and casino. They develop a reputation for being true gentlemen, and eventually are accompanied by a woman who wants to escape her ordinary life (Cate Blanchett). Both fall in love with her, and she falls in love with both of them, but the police think she's their hostage. Also with Troy Garity and Bobby Slayton. [2:04]

SEX/NUDITY 4 - A man and woman share a bed separated by a hanging sheet; the sheet falls and they kiss and begin rolling around on the bed. A young man and woman are making out (kissing and fondling) on a couch; the young man has his pants down around his hips (we see the top of his underwear) and the young woman's pants are unzipped (we see a small bit of her bare midriff). A man and woman kiss several times in different scenes. A woman goes to the hotel rooms of two men and they each presume that she'll be joining them for the night. A woman covered by sheets shows bare shoulders and part of her bra. A woman wearing shorts reveals a lot of thigh and a man admires her from a distance. A woman dances suggestively while cooking dinner and a man and woman dance while holding each other close. A woman talks about her husband being a bad kisser and a man talks about how a woman kisses him. A woman wears revealing dresses and night gowns; we see some cleavage and bit of thigh. We see bare-chested men in a jail yard while they work out. A man talks about vaginitis and vaginal discharge. A woman is confronted with having to choose between the two men that she loves.

VIOLENCE/GORE 5 - Two men shoot each other several times in the legs, the arms and the chest, and we see them lying on the ground covered with blood, and watch as they are zipped into body bags. Police officers shoot at a speeding truck which breaks through a gate and rams into another truck. A man shoots at a car as it speeds away and blows out the rear window. A man knocks a man out by hitting him in the head with the swinging spout of a cement truck. A man swings at a man and they fall through a glass window, land on the ground, punch each other and roll around. During robberies, guns are drawn just a few times and people are threatened verbally. A young man points a shotgun at a man, the man grabs it, cocks it and points it at the young man. We hear three loud bangs (which sound like gunshots) and see bloody spots on a man's shirt; they turn out to be squibs exploding. A man fires a shotgun at the ceiling of a bank and hostages scream in fear. A man stands in the road trying to flag down a car and is hit, flies on the hood of the car and rolls off onto the street; the driver opens the car door and knocks the man in the head. A car drives recklessly hitting another car, causing it to spin and crash into an oncoming truck (we see a couple of people holding their necks in pain). An ambulance drives through a fence, flips over a car and explodes into flames and a man jumps out burning. A man holds a gun on a woman. A large number of police officers with guns drawn, helicopters and SWAT teams, surround a bank where two men and several hostages are (we see this scene several times). Two men are shown boxing: one is punched in the jaw and knocked to the mat and when he gets up he punches the other man repeatedly and holds him around the throat. A man practices a stunt fall from the top of a structure and lands on a large air-filled pad, and a man runs through woods with his arms on fire (he's practicing stunts). A man steals several cars from people; during one car-jacking, the driver is punched in the face. A truck drives off a road while being chased and through the backyards of suburban homes tossing play houses, plastic deer, and other play equipment through the air. Police chase a car, driving at high speed. A man drives recklessly a few other times, and a woman drives recklessly when she's upset and distracted. A woman knocks a lamp on the floor breaking it, a man slams a glass on a table, and a man punches and throws a rolled up mattress in anger, two men grab and yell at each other, a man throws a telephone against a wall and a woman faints and falls on the ground. There are references made to two men being killed in a bloody gunfight, and two men talk about shooting a woman and burying her in the woods. A man flops around on the floor after apparently having had some kind of seizure. A woman puts a pillow over a man's face and slaps him to make him stop sneezing. A woman swings at a man as he dodges her; it turns out that they are just playing. A young girl burps really loudly at the dinner table. Armed men invade people's homes and take families hostage; the perpetrators are very polite and eventually become celebrities so that their hostages are actually excited rather than scared by the events.

MESSAGE - Figure out what you want from life and go after it. Dreams of a better life are possible. 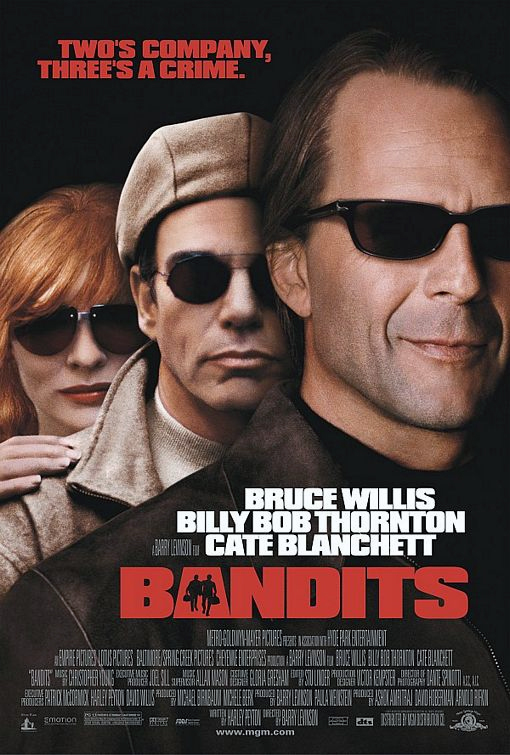