Four unsuccessful actors (Ross Partridge, Steve Zissis, Greta Gerwig and Elise Muller) spend a weekend in a remote cabin writing a movie script -- which they think will revive their careers -- about a group of friends besieged by someone with a bag over his head. But their story idea may begin to come true. Also with Jett Garner. Directed by Mark & Jay Duplass. [1:24]

SEX/NUDITY 7 - A man lies on a bed, unfastens his pants and begins to masturbate (we see his hand in his pants and we see rhythmic movement); he is interrupted before climaxing.
► A scene from a movie shows a man standing on a sidewalk in front of an apartment building, pulling down his pants (we see his genitals), a woman who watches him comes outside and removes her top (we see bare breasts), and they hug and kiss.
► A woman invites a man to her room, someone she thinks is the man enters the room, she sits in bed, removes her top (revealing bare breasts) and the person leaves the room before they touch. Women wear low-cut tops that reveal bare shoulders and cleavage in many scenes.
► A man and a woman snuggle and the man says, "Since we broke up, I'm not getting any" and she says "You can get some…" (it is implied that they have sex). A man and a woman flirt and wrestle on the floor, the man slaps the woman on the buttock, and the woman kisses the man. A man kisses a woman on the cheek.
► A man grabs his crotch and makes a vow to a woman. A man and a woman talk about the woman's buttocks and she asks him to rate them (she is clothed; there is the implication that they have had a sexual relationship). A woman talks about taking a pole dancing class. A man comes into a woman's room, and she explains she thinks of him as a brother. A man tells a woman, "You are going to fall for me." Two women talk about the relationship one of them has with a man.
► The title of a movie is "We're All Naked."

VIOLENCE/GORE 6 - A man with a knife chases several people through thick woods: he tackles one person and stabs him repeatedly while the others scream and run (there's no blood).
► A man is struck by a car (we see the man, we hear a thud and then see him lying motionless on the ground with blood on his head).
► A man carrying a bat walks outside yelling and threatens a man standing near his car; the man with the bat and another man charge toward him, and when he lunges toward them with a knife they run back into a house. A man tussles with security people outside a nightclub. A man slaps another man in the face. A man slaps a woman in the face.
► A woman is frightened when she sees someone in dark woods near where she is standing and then sees that it is a person with a bag over his or her head. Three people jump and scream when a man who has a bag over his head pounds on a window, startling them. A woman is very scared when she thinks a man with a bag on his head sneaked into her room. Two people with bags on their heads jump on a man lying in bed, he screams and runs out of the house. People hear a man screaming from the woods, they go to investigate and find his torn shirt hanging from a tree (they do not find him). We hear a sound coming from outside and it sounds like someone crying; several people go to investigate.
► Four people are lost in thick woods while it gets dark. We see a man in a hospital with a brace on his neck and a cast on his leg.
► Two women argue angrily. A man watches a video, which we do not see it, but we hear screaming and yelling.
► A woman vomits (we see spittle and hear coughing). A woman burps after drinking alcohol.

SUBSTANCE USE - People drink alcohol from a bottle, as well as beer to the point of inebriation in several scenes, and people drink wine at a dinner. A woman smokes a cigarette, and a man and a woman hold cigarettes in their mouths but they are not lit. A man talks about someone snorting cocaine.

MESSAGE - Movies don't necessarily need to be scripted or planned to be made. 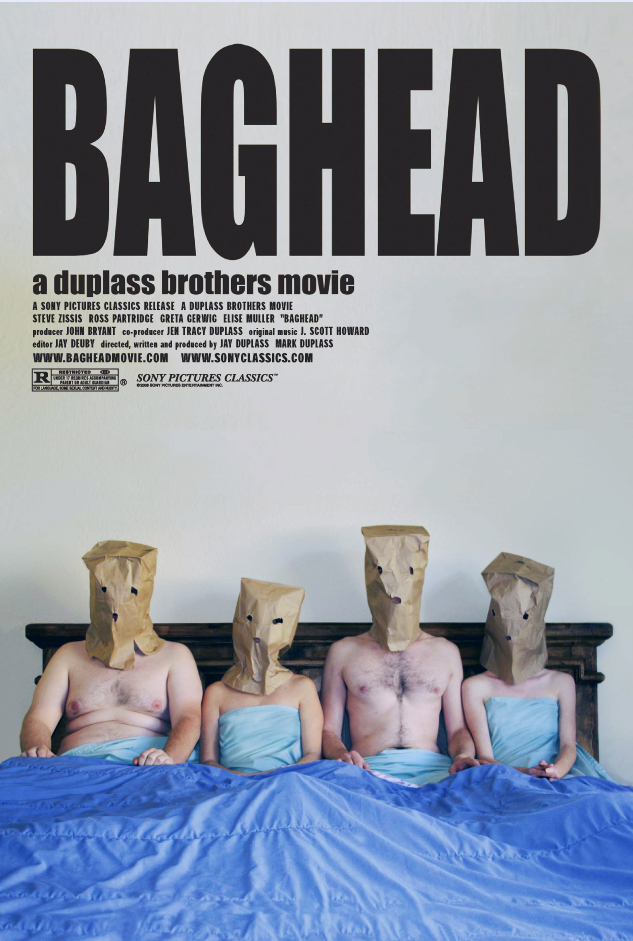