Why is "A.X.L." rated PG? The MPAA rating has been assigned for "sci-fi action/peril, suggestive material, thematic elements and some language." The Kids-In-Mind.com evaluation includes some cleavage, a bare chest, some violence but negligible gore and a few scatological terms. Read our parents' review below for details on sexual content, violence & strong language.

When a robotic war dog that's a top secret and experimental asset tagged A.X.L. escapes from a laboratory and is found by a young man (Alex Neustaedter) in a desert, the two companions are tracked by the developer until things get out of hand and lives are endangered. Also with Thomas Jane, Becky G, Ted McGinley, Alex MacNicoll and Dorian Kingi. Directed by Oliver Daly. [Running Time: 1:40]

- Two young men go into a structure and a robot dog comes toward them, and one of the men pours gas on the ground and sprays flames from a flame thrower on the robot (we see the robot later charred and with exposed wires and seemingly destroyed). A robot blows up (we see it explode in flames).
► A robot dog chases several vehicles with young men and young women in them, it moves slowly behind a young man at a large party in the desert, roars at him and chases him, the young man hides under a trailer and the robot stomps down around the young man trying to crush him; the young man sprays the robot with fire from a flame thrower and many drones swarm the robot shorting it out (it moans and twitches) and a young man and a young woman are knocked out with chloroform and dragged away by several men. A young woman is surrounded by lasers creating an enclosure and a robot dog lunges toward her when she tries to step out of the enclosure.
► A young man speeds over a hill on his dirt bike and the engine fails (others had poured something into the tank unbeknownst to him); the bike and the man crash to the ground and roll down the hill (the young man moans on the ground and gasps but recovers and we see a bloody abrasion on his neck). A young man on a dirt bike and a robot dog run through desert roads away from a helicopter, jump off a ridge and tumble down (the young man's arm seems broken). A young man is left in the desert alone by several other young men.
► A young man hears noises coming from some rubble and containers, he throws a rock at one container and sees something move when he goes in to explore and runs away; he speeds away on his dirt bike and is chased by a robot dog that swipes at the back tire, then crashes on the ground and is impaled by a rod through the leg (it makes moaning noises like a dog). A robot dog bounds toward a young woman in a truck and jumps on the open bed and then growls at her (she is frightened and the truck is stuck in the sand). A young man plays with a flame thrower and sprays flames over the shell of a car while others watch.
► A young man grabs a young woman's arm, another young man comes toward them and a robot dog pounces on the aggressor standing on his chest (the young man squirms trying to free himself); the dog bites the man's foot and drags him to the other young man, who yells at him and tells him to never touch the young woman again. Armed men enter a shop where a robot dog is preparing to reboot; one man moves to place a muzzle on the robot and it restarts and shoves the man to the ground and another man shoots the dog several times, and it runs away and breaks through a metal door. An armed man holds a gun on a man and searches through his son's belongings until the second man holds a bow and arrow on him and ties him up in the garage. A man is shoved onto the hood of a car and handcuffed by government agents. Several armed soldiers surround a young man in the desert.
► A man yells and orders another man to release drones to track a robot dog and says, "I don't care if it's illegal." A young man says to another young man, "Dude, the things gonna kill us," about a robot dog. A young man is bound and regains consciousness in a warehouse.
► A young man pulls a rod out of the leg of a robot dog and the dog thrashes a bit (we see exposed wires). A laboratory is shown in disarray and a large hole is torn in a metal wall with large scratch marks on another wall. A young man is shown with large slashes across his chest and an abrasion on his shoulder.
► Dirt bikes speed on a dirt track in a race and a young man wipes out breaking the bike's chain (no injuries are shown). A robot dog's metal shell is shown to have bullet holes in it.
► An ad shows police dogs and K-9 units with dogs and their trainers while a voiceover talks about a robotic dog that has been created to aid soldiers in the battle field; we see robot dog with a weapon mounted on its back. A robot dog is shown with sharp metal teeth and whirring metal wheels inside its mouth.
► A young man talks about his mother having died a couple of years ago and a young woman talks about her father not being in her life much.
► A young man drinks water and spits on the ground (we see spittle). Several young men and young woman eat cake and spear frosting on each other's faces.

- Young men and young women (probably under age) are shown drinking at a couple of parties.

- Friendship can be found in the most unusual places. 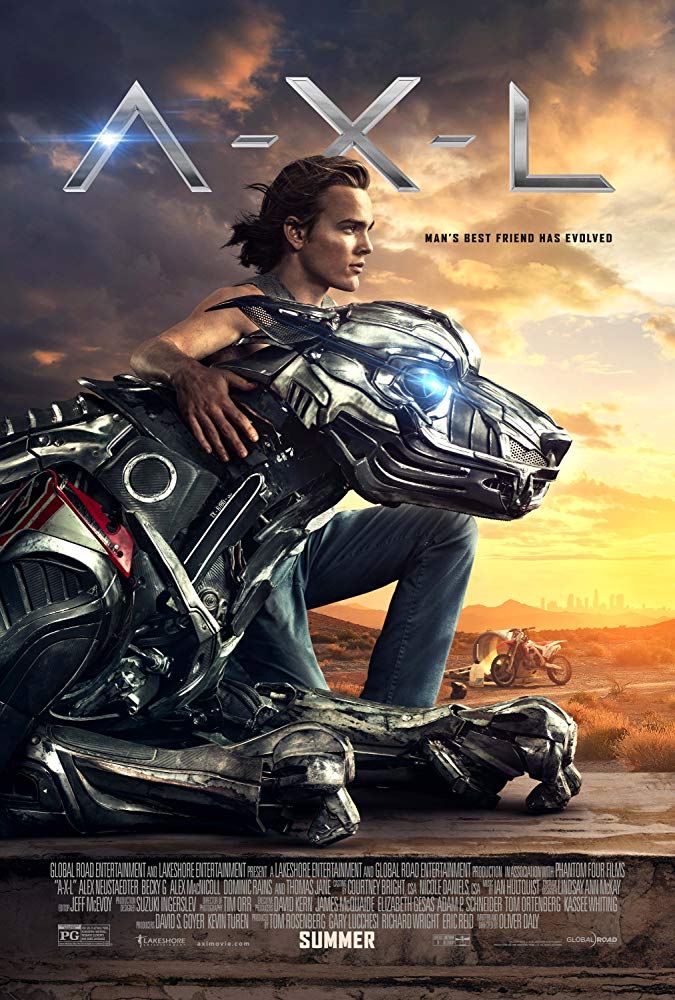