Why is “Ava” rated R? The MPAA rating has been assigned for “violence and language throughout, and brief sexual material.” The Kids-In-Mind.com evaluation includes a couple of near sex scenes with kissing and partial nudity, and several cleavage revealing outfits; many scenes of killing by gunshot, drowning, poisoning and stabbing with bloody wounds shown, and many fights with punching, kicking and stabbing; and over 40 F-words and other strong language. Read our parents’ guide below for details on sexual content, violence & strong language. When the employers of a professional assassin (Jessica Chastain) decide her services are no longer needed, and on top of that dispatch her mentor, she decides to use her skills to terminate the management team. However, after an 8-year absence, she first tries to reconnect with her family. Also with John Malkovich, Common, Geena Davis, Jess Weixler, Ioan Gruffudd, Diana Silvers, Joan Chen and Colin Farrell. Directed by Tate Taylor. Several lines of dialogue are in French and German with English subtitles. [Running Time: 1:36]

– A woman is shown seated in a room while watching two men and a woman on a bed kissing and caressing each other (the woman is wearing bra and underwear that reveal cleavage, bare abdomen, back and legs and the men are wearing boxer briefs that reveal bare chest, abdomen and backs).
► A man and woman kiss passionately, he pushes her back onto a table, he takes off her jacket (we see her wearing a sleeveless top that reveals cleavage and bare shoulders), he stands up and tells her that his partner is pregnant and the woman leaves. A woman sits in the backseat of a car with a man and they talk, the man drinks from a small bottle of liquor and offers the woman a drink (she declines), he moves closer to her as if to kiss her and she stops him (please see the Violence/Gore category for more details). A woman talks to a man at a formal event and they ride in an elevator to an office where she implies that they will have sex and we see him with his shirt open lying on a desk and his bare chest and abdomen are seen as we hear off-screen rhythmic sounds that could be sexual (please see the Violence/Gore category for more details).
► A woman driver tells her male passenger that she would like to pull the car over, have a drink with him and, “See what else happens.” A woman talks about finding out her father was having an affair and that she threatened to tell her mother. A man talks about having asked a woman to marry him, “…and you said yes and went away.”
► Scantily clad women and a man dance on pedestals in a dance club (we see cleavage, partial breasts and buttocks, and the bare chest, abdomen and back of the man). A woman wears a deeply cut evening gown that reveals deep cleavage, partial upper abdomen, bare back and shoulders. Women wear low-cut tops and dresses that reveal cleavage in many scenes throughout the movie. A woman wears an off-the-shoulder top that reveals cleavage and a bare shoulder.

– We see a police report that a woman was in possession of a controlled substance. A man in the backseat of a car drinks from a small bottle of liquor and offers a woman a drink (she declines), people in a club hold alcoholic drinks and we see a few drinking, we hear that a teen girl got a DUI after driving under the influence and causing a car accident, a man tells a woman that she is drunk, a woman orders a scotch in a bar, smells it and then leaves it on the bar untouched, a woman drinks a whiskey in her home, a woman drinks several small bottles of liquor in her hotel room, and two people drink wine and shots of liquor at a restaurant. A woman smokes a cigarette in a car while driving, two men smoke cigarettes outside a club, and a woman smokes outside a hospital.

– You can’t escape your demons forever. 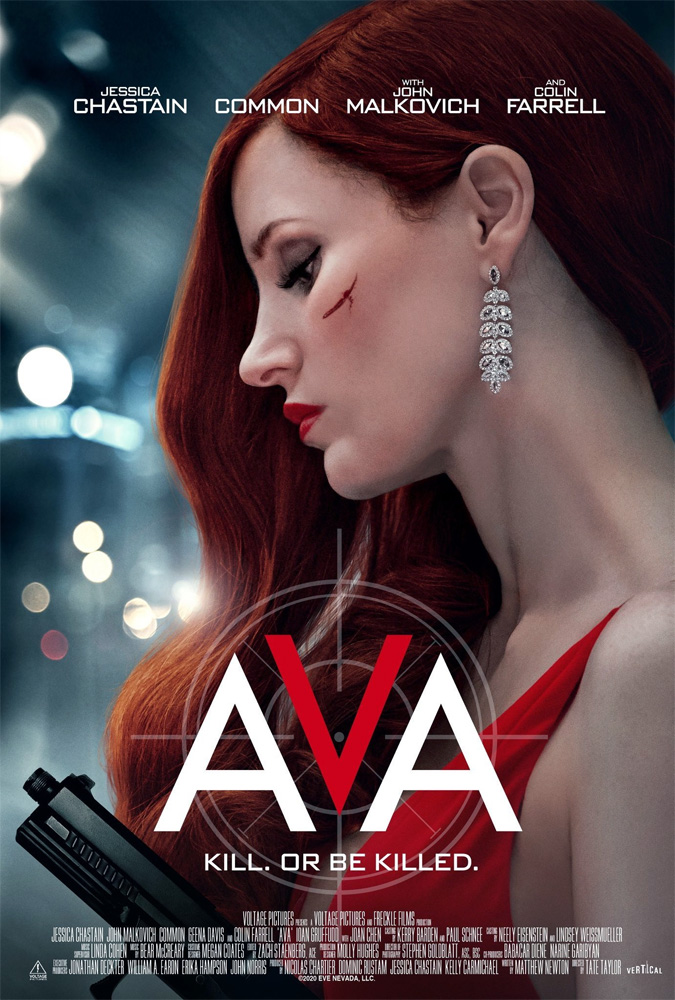