Austin Powers (Mike Myers) battles Dr. Evil once again. This time he time-travels back to 1975 to foil Dr. Evil's plot to flood the Earth. While in 1975, Powers teams up with Foxxy Cleopatra (Beyonce Knowles) and Dr. Evil kidnaps Powers' father (played by Michael Caine). There are many cameos by Hollywood stars, including Tom Cruise, John Travolta, Gwyneth Paltrow, and others. Also with Verne Troyer, Mindy Sterling, Robert Wagner, Michael York and Seth Green. [1:34]

SEX/NUDITY 6 - There is a profusion of sexual innuendo and many sexual references: A woman holds two honeydew melons in front of her chest and calls out "ripe, juicy melons," a satellite looks like breasts, a dance club is called Studio 69, a man squeezes a fuzzy die and says "cough," a man says he has a "stiff neck" after getting a Viagra stuck in his throat, and a father and son talk about sex in British colloquialisms that are translated in English subtitles. Some references concern men's private parts and there are many discussions of the size of men's endowments: a man opens his pants, we hear a thud and another man remarks about the size of his endowment, the film title itself refers to a man's gilded genitalia, a man describes a submarine as a man's genitalia, a key is shaped like a man's genitalia, a man puts his hand in his pants to make sure he hasn't lost anything, and two men walk through a room while holding their crotches. There are several references to a man having lost his genitalia in a smelting accident. A young man and woman talk about taking an "oral exam," and there are also many terms and names that sound sexual (in one scene, twins repeat their names, which sound obscene: "Fook Mi" and "Fook Yu"). On a TV monitor it appears that a man is urinating into another man's mouth. There is an extended scene with characters in silhouette: we see a man's profile and another man's arm appears to be his genitalia moving around (and it could be construed as masturbating), then we see him from the back appearing to give birth to another man who falls from between his legs and lands hard on the ground. A man is shown throughout the movie with a large protruding crotch. A woman dances bare-breasted, but any nudity is diffused. Two men are shot at while they climb a ladder; one slips and grabs the other man's pants pulling them down to expose his buttocks -- which are obviously prosthetic. A man and woman waggle their tongues suggestively at each other, the man rubs his chest and they kiss passionately over a table (in the end credits we see the woman lying on the table and they are kissing). A man and woman kiss a few times, and a woman kisses a man on the cheek a couple of times. A man thrusts his crotch on a woman's leg. A woman shakes her buttocks (she's wearing a thong) during a music video. A young man and woman are shown in bed together; they are under covers, we see the covers moving around, hear them making noises, then we see the man bare-chested with lipstick on his face and the woman in a negligee. A man kisses another man, kisses his hand and caresses his hair. Two women massage a man's clothed chest suggestively. A man tries to make a pass at a woman and strokes his chest. A man flirts with a woman. A man smacks several women on the behind as they skate by. Three men drop their pants (we only see them to the waist). Women wear tight-fitting, figure-revealing outfits throughout the movie (especially in the '70s scenes), that expose bare shoulders, cleavage, bare backs (to the hips), bare abdomens, and bare thighs. Men and women dance together in a couple of club scenes. A man is strapped into a machine and a part of the machine is positioned over his genitalia. A man drops his pants and flashes a group of people (we see him from the front and only his knees and lower legs are visible).

VIOLENCE/GORE 4 - A man holding a knife is kicked across a room and into a wall, his head is slammed in a refrigerator door, he is shoved into a pillowcase, knocked into a glass table, slammed into bookshelves, hit with a cast iron frying pan, and hit with a rod. We see a car explode and hear a man talking about his mother having died in the explosion (we see this scene a few times). A man falls into a pool with two sharks in it and they attack him while other people watch and grimace. A woman explodes after doing what appears to be a dancing duel with a man. A woman shoots at a man with guns imbedded in her bra. A man strapped into a machine is jolted with electricity, and then falls over a railing onto the floor below. A man ejects out of a car, flips over a flying helicopter, and shoots an automatic weapon at it causing it to crash into the ground in flames. A man is shot by a laser; we see a slash on his shirt and he falls back. A helicopter chases and shoots at a motorcyclist and an explosion causes the motorcycle to drive off the road. A man and woman are shot at as they run away, and shots are fired during a car chase. Two men are shot at while they climb a ladder, one slips, and grabs the other man's pants pulling them down to expose his buttocks -- they are obviously prosthetic. A man knocks two other men out, a woman punches a man in the face and knocks him out, two men fight and one is knocked out. Two men fight tossing each other around a room; one grabs the other's nipples and squeezes. Two sumo wrestlers fight in the ring; one grabs the other's crotch and twists (we hear a crunch), and one is lifted into the air and is tossed into the crowd. A man sails through an air vent and crashes into a wall. A man is threatened by being pushed toward a smelting machine. Cars drive recklessly through traffic, nearly running into buses. A man shoots a machine gun in the air. A man is threatened by several men with guns, and a woman holds a man at gunpoint a few times. A parachutist maneuvers through rock peaks and lands in a speeding car. There are several references to a man having lost his genitalia in a smelting accident. A large globe crashes into a man's head, and a hard ball swings on a rope and hits a man in the crotch. A man slaps a man in the face. A man stretches his legs up to his head (we hear crunching) several times and a few of those times he kicks a woman in the face. A man falls on the floor with a thud, and a man dangles from a wire, which is shot and he falls to the floor. A man attached to a retractable leash lunges and growls at another man while a third man pulls back on his leash causing him to fall back onto a table. A man is hit on the head by a thrown cupcake. We see a monkey put his finger in his bottom, smell his finger and fall back off a branch. A man peels flakes of skin off of his body and eats them. A man urinates into a pond while hiding behind a statue of a boy who had been spraying water into the pond. We see the silhouette of a man sitting on a toilet; we hear him groan and remark about what he sees in the toilet after he's finished. A man hiding in a laundry basket is covered by used sumo wrestler loincloths and mawashi belts, and one man talks about having soiled his loincloth. A very obese man flatulates and provides a lengthy, crude description of what it smells like. A man is asked for a urine sample, apple juice is spit into a specimen cup, spilled around and onto another man. There is a running joke about a man with a large mole on his upper lip. People talk and joke about a "tractor beam" being called Preparation H. Bubbles escape from the back side of a submarine shaped like a man (resembling flatulence), and a laser is fired from the back of a submarine.

SUBSTANCE USE - People are shown drinking alcohol and people are offered various forms of tobacco.

MESSAGE - You can spend your whole life trying to win your parents' approval but we really should be seeking success for ourselves. 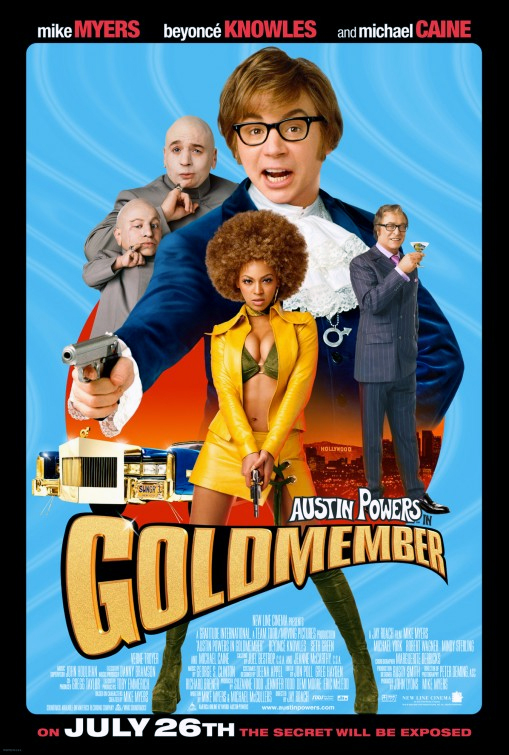