VIOLENCE/GORE 4 - A man leaps onto another man, tackling him to the ground where they wrestle and one of the men puts the other man in a headlock; we see them kicking around on the ground and a woman tries to pull them apart, but she is also knocked to the ground until the fight breaks up and all three stand up unharmed. A man purposely shoves a man to the ground as he walks past him and we see the man sprawled out (he gets up unharmed moments later). A man punches another man with the back of his hand. A man angrily punches a cardboard cutout of a man. A woman slaps another woman in the face with the woman's bust-enhancing insert; the woman attempts to lunge at the slapping woman and a man grabs her arms and holds her back. A woman snaps closed a piano cover on a woman's fingers. We see a woman startled when she sees a man in the dark and she strikes a ninja-like pose (the man laughs).
► We see dead birds launched into the air and shot by men and women during target practice and the birds blow into bits when they are hit (no blood is visible). We see a man brushing a pregnant horse and we later see a foal with blood and a small amount of tissue on it; the foal stands up and we see blood on the man's hands and shirt.
► A woman watches a television and we see a man being "shot" in the chest five times; it is obviously fake and we see the fake blood packets burst beneath the man's shirt in five spots as he twists in fake pain. During a play performance, a woman accidentally shoots another woman in the eye with a prop bow and arrow; the woman shouts in pain and holds her hand over her eye (we later see the woman with a bandage over her eye as she tells the shooter and another woman that her eye is now "infected"; we see a small circle of what could be blood seeping through the gauze). During a play performance, we see two men play-fight, one of the men accidentally gets his cane stuck on the other man's upper thigh and they struggle and fall to the ground (no one is harmed). During a play performance, a man pantomimes being stabbed in the stomach; we see him holding a sword in his arm, but leaning back to make it appear that he has been stabbed.
► We hear breaking glass as a woman smashes a croquet mallet. A man purposely knocks over a woman's teacup.
► A man and a woman are seen shouting at one another. A man tells a dramatic, obviously made-up story, about being involved in a dramatic army story, which ends with the captain of a boat and the crew being dead. A woman jokingly asks another woman if she thinks their horse-drawn carriage would be "robbed by a highway man." A woman half-jokingly tells a woman to "not hang herself" after she uses the example that the woman's life could be worse, saying that people hang themselves every day. A woman half-jokingly tells another woman that she worries about the other woman's safety, because she is in the "creepy tower" of a resort. A man jokingly tells a woman that an area is "very dangerous." A man jokes that being with a woman is like "being in a kiln." A man makes a crude remark that a woman might be suffering from mange or "vapors."
► A woman tells another woman not to use a chamber pot, saying that servants do not know how to take care of chamber pots when they are "piled high" (implied with feces). An older man belches loudly. An older man flatulates loudly in a crowded room. A woman spits out a spray of food when she is surprised. An older man eats a piece of dirt-covered food from the ground. A man makes a remark about drinking breast milk to improve his muscles. A woman pulls a leech off a man's neck (we see no blood and the man does not appear to be in pain).

SUBSTANCE USE - Men and women drink wine throughout the movie. A woman smokes a pipe.

MESSAGE - Losing yourself in fandom can be dangerous, but rewarding. 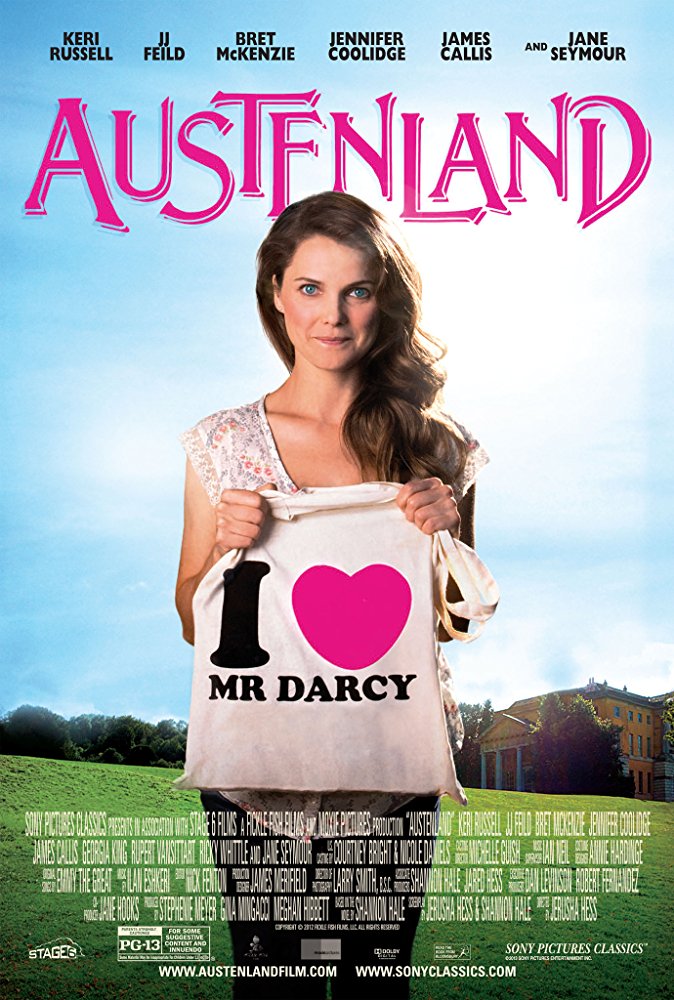