Remake of the 1976 John Carpenter film, with Ethan Hawke as the sergeant in charge of Precinct 13, a police station that's due to shut down: It is New Year's Eve, the station's last night of operation, a heavy snowstorm rages outside, and the staff plans a party. But soon officers and prisoners must band together to defend themselves from an attack by a heavily armed gang that wants to get to a mobster who's incarcerated in the station. Also with Laurence Fishburne, Maria Bello, John Leguizamo and Drea de Matteo. Directed by Jean-François Richet. [1:49]

SEX/NUDITY 4 - A man and a woman kiss. A man flirts with a woman in several scenes and says that he knows that she wants to have sex with him. A man and a woman dance closely together (nothing sexual is implied). A woman talks about having impulsive sex frequently, and about the people she chooses to have sex with. A woman wears a low-cut, short dress that reveals cleavage, bare shoulders, and bare back, and we see under her skirt while she is sitting (we see what looks like dark colored panties). A woman wears a low-cut top, short skirt, stockings and thigh-high boots that reveal cleavage and legs. A man sits on a toilet in a jail cell with his pants around his ankles (we see his bare legs). A woman says she has to "stop thinking about sex." A man talks about sex and death and how they are connected.

VIOLENCE/GORE 8 - Men (drug dealers and undercover police officers) pull guns and shoot back and forth during a drug sting operation: one police officer is shot in the leg (we see blood on his pant leg), another police officer is shot in the chest (he lies dead on the floor with blood on his shirt) and another is shot in the stomach (she lies bleeding on the ground and later dies). A man is shot in the head (we see blood and matter splatter out of the back of his head). A police officer sneaks out of a building, opens the door of a bus, finds a gunman, they struggle and fight with punches and shoving and one is stabbed in the eye with an icicle. A man is hit in the stomach with a light grenade that knocks him back and leaves him with a large bloody stomach wound (we see blood and goo). Many police officers drop by rope from a helicopter and onto a building, the building is set on fire, and gunfire is exchanged. A man holds a gun on a man who stabs him in the neck, killing him (we see blood spurt and dribble). A man holds a gun on a woman, another man beats the gunman with a bat repeatedly and yet another man stabs the gunman repeatedly with a sword (the woman looks on screaming). A man breaks into a building, and two police officers are shot (one moans and a woman presses gauze into the very bloody wound; one officer dies). A woman is held and questioned (she has a bloody and bruised eye and mouth), and she is shot in the head and falls back onto the ground (we see a bloody bullet hole and blood seeps into the snow around her head). Two men run away from a building, one is shot in the shoulder and then in the head and the other is shot in the back of the head (we see bloody bullet holes). A gunman is shot in the eye, another man is shot in the stomach and the gunman shoves a gun in the bloody wound while asking him questions (we hear squishing and see blood). A gunman is shot in the head. A man is shot in the head and blood dribbles out of the hole. A woman hits a gunman, he hits her, she grabs his throat and squeezes, he shoves her, and she pulls his knife and stabs him in the throat (we see blood spurt and he falls dead to the ground). Two women speed away in a car, we see a figure sit up in the back seat, we see the flash of a gunshot, and the car drives into a light pole (it is implied that both women are dead). A car speeds away, it jumps into the air and flips, and we see passengers with bloody wounds. A police officer is shot at while he runs away. A gunman is hit with two flaming bottles, he catches fire, and we see him jump out of a window in flames. Many gunshots are fired into a building with people inside, they fire back, and an RPG is launched into the building blowing a wall out. Two armed men enter a building and are shot, another is shot and gets away, and several others are also shot at. A police officer is shot in the leg. A man in a car is shot by snipers (we see him with a bloody eyebrow). A man holds a gun on a man and another man hits him in the face. A man holds a gun to a police officer's head, and a police officer holds a gun to the police officer's head. Light grenades are thrown into a building and the people inside hold their ears and writhe. Gunshots are fired in a crowded building, one man leaves the building and is surrounded by police officers with guns drawn. Several people hold guns on each other, a man holds a gun on a man, and a man holds a gun to a woman's head. A man punches a man in the face, a man punches a dog hard twice in the face (the dog whimpers), and a man punches a man in the face and knees him in the groin. Two men argue and shove each other. A dog barks aggressively, growls and snaps its teeth at a man who acts nervously. A bus explodes. A brick is thrown through a window and aiming laser beams from guns make people drop to the ground in fear. People ask a man if it is true that he, "pulled a man's spine out" and he says that it was his "Adam's apple." A man gets close to a woman, holds her neck and tells her how to kill a man. A man talks about having killed eight people. We hear about a gangland murder. We are told about the crimes that several people have committed (drug offenses and murder). People refer to a man as a cop killer. A man spits on the ground. A bus slips and slides on a snow and ice-covered road. A man sitting on a toilet in a jail cell strains and makes a face. A man talks about sex and death and how they are connected.

SUBSTANCE USE - People are shown drinking alcohol and smoking cigarettes. A man samples a drug by tasting it. A man talks about being addicted to drugs.

MESSAGE - There are two sides to every story. Danger makes for odd collaborators. 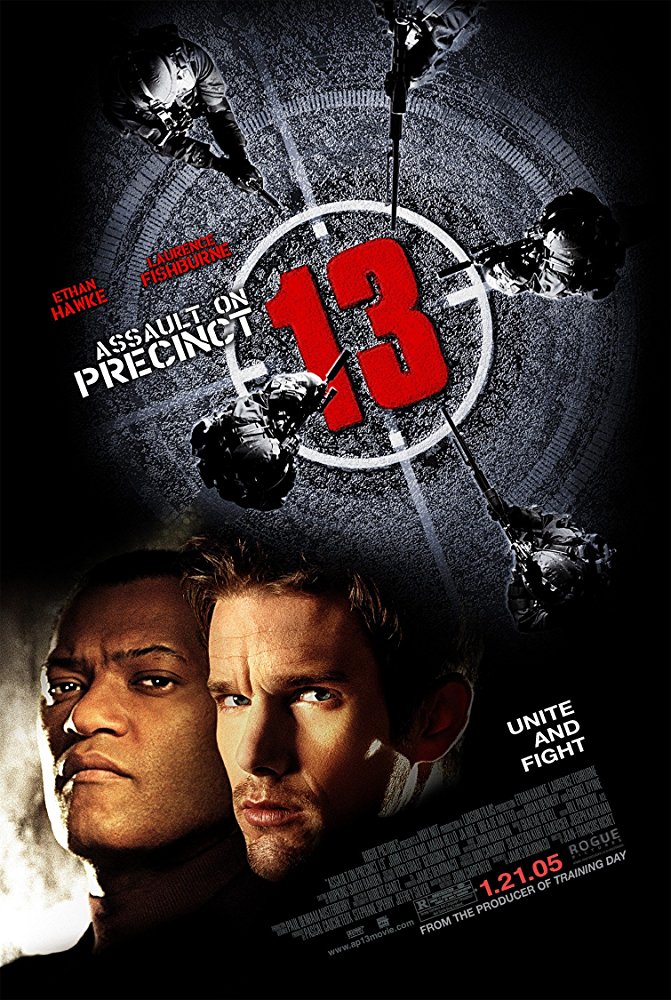