Colin Farrell stars as a man of Italian descent who travels to Los Angeles during the 1930s, hoping to make a name for himself as a writer; and Salma Heyek stars as a struggling Hispanic woman working in a local diner. The two meet and struggle with their feelings for each other, their own identities and their lack of success in a world rife with racism. Also with Donald Sutherland, Charlie Hunnam and Eileen Atkins. Directed by Robert Towne. [1:47]

SEX/NUDITY 7 - A woman asks a man to join her in bed, the man removes his clothing (we see his bare back and buttocks), she removes her clothing (her bare breasts are visible), and he climbs on top of her, they kiss, he thrusts, and they moan.
► A woman invites a man to join her in bed, she mocks his ability and he becomes violent; he then forces her back onto the bed, he unfastens his pants and gets on top of her, while she tries to push him off, and he falls onto the floor.
► A fully nude woman (her bare breasts and buttocks are visible, and her genitals are in heavy shadow) is shown walking into an ocean and a fully nude man follows her (the man holds his hands over his genitals, and his bare buttocks and chest are visible). A man and a woman kiss passionately on a beach while nude (they are in heavy shadow so no detail is visible). A woman talks about "her wounds," she opens her dress, drops her slip and she stands nude in front of him (we see what looks like heavy burn scars on her buttocks and thighs), and they kiss.
► A woman wears low-cut tops and dresses that reveal cleavage. A man bathes (we see his bare chest), a man wears a tank undershirt, and a man is shown in a tank undershirt and boxer shorts.
► A woman rubs a man's clothed crotch, she sits on his lap, they kiss, and we then see her sleeping while he is dressing.
► A man and a woman kiss. A woman tries to kiss a man and he pulls away from her. A woman caresses a man's hair. A woman rests her head on a man's shoulder.
► A man climbs in bed with a woman and they sleep. A woman pulls a bed down from the wall and climbs on it hoping that a man will join her.
► A man talks about another man having sex with him, for milk. A man admires a woman's feet in sandals.

VIOLENCE/GORE 4 - An earthquake shakes a boardwalk area, people are thrown around and to the ground, the ground breaks up, we see buildings in rubble and a woman's arm buried underneath a large pile of stone and cement (she is dead).
► A man panics when a woman disappears in the waves while they swim, and when she reappears he holds her under the water and she is angry with him.
► A woman talks about "her wounds," she opens her dress, drops her slip and she stands nude in front of him (we see what looks like heavy burn scars on her buttocks and thighs). A woman has a black eye from a man hitting her.
► A man threatens a woman and says, "I'll knock your block off." A woman cowers, afraid that a man is going to hit her.
► A man brushes his teeth and spits out blood. A woman coughs and we see blood spots on a handkerchief. We see a bloody cloth next to a woman lying in bed.
► A man describes in crude terms how to handle "Mexican women" and describes an abusive relationship. A woman tells a man, "I hope you die of heart failure" and the man slumps onto a table (he's OK). A man and a woman argue bitterly in several scenes and insult each other in many of those scenes. A woman tears up the pages of a magazine and throws them in the garbage in order to make a man angry.
► A woman lists the heritage of the people she will not allow to stay in her hotel. A marker is placed in the ground after a body is buried.
► A man steals milk from a milk truck. A man drives a car and swerves across the road. A homeless family walks along a street with their possessions in a wagon.
► A man pours coffee with curdled milk in it onto a table for a woman to clean up. A man drinks milk from a bottle and spits it out (it's buttermilk). A man steps over a pile of horse dung in a street. A man describes meat that is "full of worms."

MESSAGE - Writing comes from experience. Happiness is a place that is safe and with no hate. 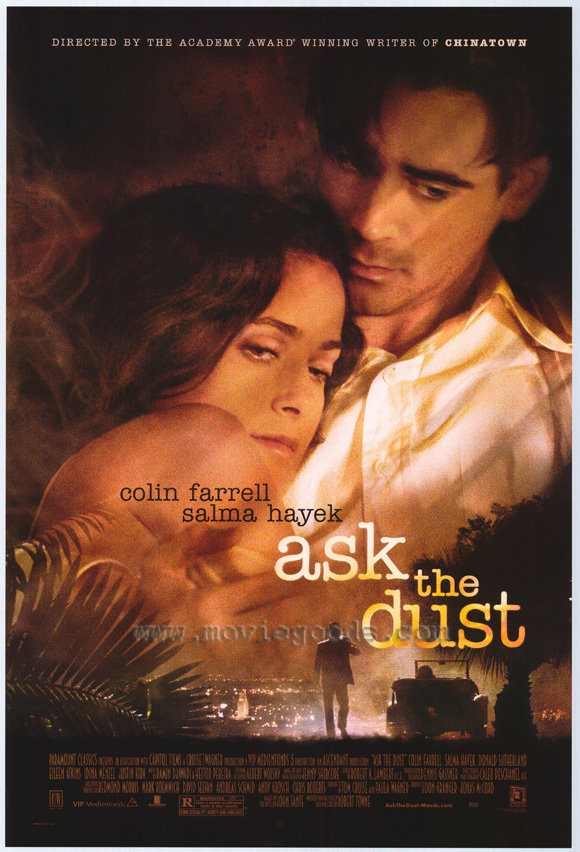