SEX/NUDITY 7 - A man interrupts another man and a woman that are having sex: we see the man's bare buttocks thrusting on top of the woman, he rolls off and it is implied that the man who interrupted them sees the man's genitals (we do not) and the woman appears fully clothed; she leaves after being paid for her sexual services.
► A young man and young woman kiss passionately, we see them pulling at one another's clothing and we see them later lying side by side and the man's chest is bare (sex is implied). A woman refers to a young man "bedding her" and we see the young man approach her (his bare chest and back are visible), she touches the young man's chest and it is implied that she performs oral sex on him when we see her head disappear around his crotch; the woman lifts her head moments later and the two kiss passionately as the man climbs on top of her (sex is implied).
► A man and a woman are briefly seen lying side by side in bed. A man grabs another man's hand for comfort; the man pulls his hand away. A man goes to hug a man and the other man shouts and shoves him away. A man playfully grabs the clothed buttocks of a woman. A man playfully shakes his behind while on stage.
► A man tells another man that a woman had given birth to multiple children out of wedlock, he then explains how the man is one of the woman's children, and that he had sex with her and she conceived a child during their incestual relationship; the other man looks shocked and disgusted and tells him that the woman would not have engaged in incest. A man makes a crude remark about being able to "bed" many women. A man flirts with a woman, who clutches her chest and looks at the man longingly, while he stares at the woman's cleavage. A man tells a young man that he is "not the first or last" of a woman's lovers. A young man tells a woman that he likes women from a different country. A man reads aloud a vaguely sexual poem. A man says that plays are "born from a cesspool" and uses crude language to describe playwrights.
► We see a young man storm into a woman's dressing room, and we see the woman standing before a mirror, clothed in her undergarments (long pantaloons and corset top; no nudity is visible). We see the partially obscured bare chest of a boy wearing a costume. A woman unbuttons her corset for comfort; no nudity is visible.

SUBSTANCE USE - Throughout the movie we see men and women drinking beer and wine, including a man drinking from a stein and acting intoxicated, men frequently drink and a man announces to a crowd that he is buying a round of drinks for everyone, a man chides another man for drinking during his play's performance, and a man appears visibly intoxicated.

MESSAGE - Perhaps we should take a closer look at history that we take for granted. 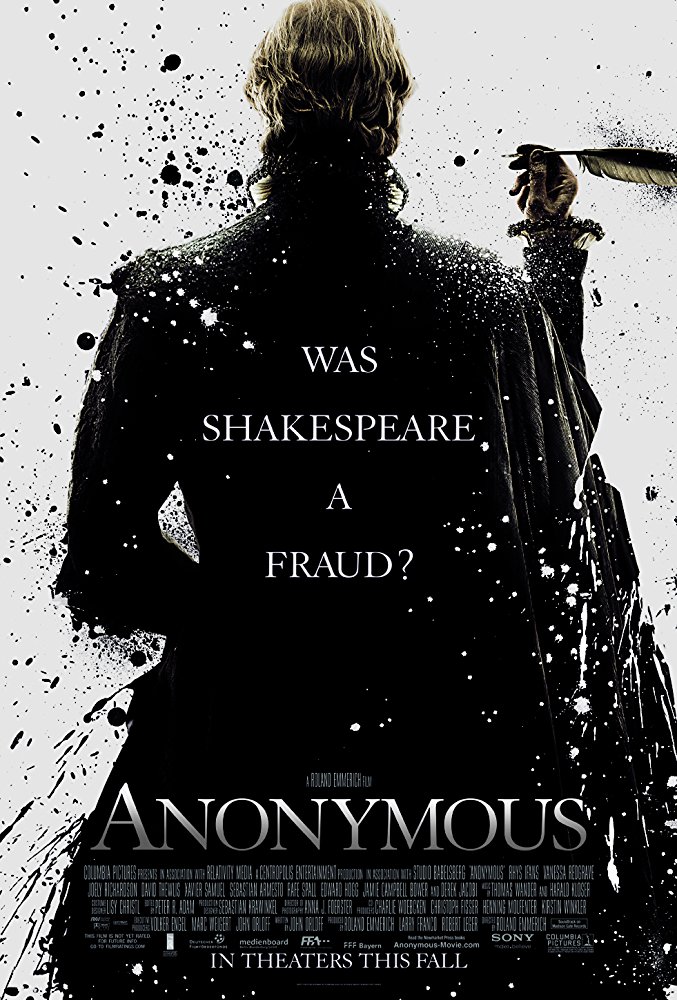