Jennifer Lopez stars as a policewoman who's struggling with the stresses of her profession and her memories of an abusive childhood. She becomes romantically involved with a man (James Caviezel) who refuses to discuss his past. As she begins a relationship with him, she is compelled to dig into his secrets and in the process she finds out as much about herself and love as she does about his past. Also with Terrence Howard, Jeremy Sisto and Sonia Braga. [1:43]

SEX/NUDITY 5 - A few kisses and there is some sexual innuendo: there are several crude references to sexual intercourse including an arrestee taunting and propositioning a female police officer in a couple of scenes and expressing his pleasure while she frisks him. A man strips to his briefs and a woman strips to her bra and panties; they both jump into a lake and swim, and kiss as they swim. A woman asks a man to kiss her where she hasn't been kissed and he dives under water and comes up kissing her foot. A couple kisses passionately and starts making love while on a beach: the participants are sweating and a couple of times we see the man thrust; they are obviously nude but only bare shoulders and their torsos from the side are seen. As a woman dresses for work, she strips down to her bra and looks at herself in a mirror.

VIOLENCE/GORE 5 - We see a car accident scene several times in flashbacks, with varying degrees of detail: we see a close-up of a shattered windshield with a spot of blood on it; we see ambulances and stretchers, and we see a bagged body. Another body is seen on a stretcher with a person in a neck brace. There is shoving, yelling and wrecked cars. We see the accident from a different view as a truck grille approaches a car and a child and woman scream and fling their arms up. We then see the aftermath with a man lying in a wrecked car with blood on his face and a woman and young boy lying dead behind him. There is a street gang fight with two men kicking, punching and shoving each other; they fall to the ground and continue the fight as a crowd watches and yells. Police officers break up a fight and one slams a gang member's face down on the hood of a car which causes a thin stripe of blood to appear on his temple. A police officer handles a man roughly by shoving him into a chair, and another officer shoves her knee into his side which causes his head to slam into the wall behind him. Then she slams her knee into his face. In a drive-by shooting a car drives recklessly and the occupants shoot up a glass-fronted restaurant where a group of police officers are having breakfast; several officers are hit and we see spots and splatters of blood, people falling to the floor and lots of commotion and yelling. There is a foot chase with people shooting at each other while running. A woman falls down and a man fires into her chest at point blank range. Then another man grabs his hand and wrestles him to the ground. The woman looks at her chest which has a nasty purple bruise on it. A man walks in the middle of a busy street and is nearly hit by a truck (we see the headlights and grille, and hear the horn blaring). A couple fights and afterward the woman has a bruised eye. A woman punches a man in the mouth and we see his teeth covered with blood. A man sobs hysterically at a gravesite. A couple of times people shove each other, we hear a man and woman yelling behind closed doors, and a couple of other times people fight and yell at each other abusively. People describe violent scenes: a description of being shot, a car accident, domestic violence, and child abuse.

LANGUAGE 8 - About 40 F-words, many scatological references, some anatomical and sexual references, many mild obscenities and insults and several religious profanities.

MESSAGE - Your life doesn't end when you lose someone you love. 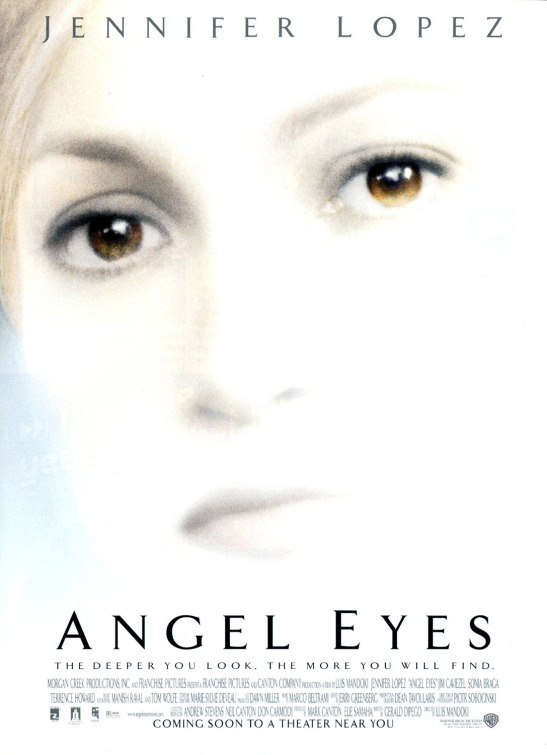