Advertised as being based on supposedly true events that took place during the 1820s, and validated by the State of Tennessee, the film depicts the strange occurrences that beset a teenage girl and her wealthy family, after a business arrangement goes sour. Convinced that they have been cursed, the family tries prayer to get rid of a supernatural entity, but to no avail. With Donald Sutherland, Sissy Spacek, Rachel Hurd Wood, James D'Arcy and Matthew Marsh. Directed by Courtney Solomon. [1:30]

SEX/NUDITY 5 - We see a girl being held down on a bed and it appears as if something is thrusting on top of her, although we do not see anything (it is implied that she has been sexually abused).
► A boy and a girl kiss, and a husband and wife kiss. A boy and a girl fall on the ground, and the boy tries to kiss the girl and she turns away.
► A girl asks an older man (her teacher) about the tradition of mistletoe and the conversation appears flirtatious.

VIOLENCE/GORE 6 - A girl is literally thrown around her room and dragged by the feet (we see her clawing at the floor with her fingernails), and she is pulled into the air by her hair and slapped in the face repeatedly, as well as held in the air by her hands and slapped in the face again.
► A girl in her bed thrashes back and forth, while being held to the bed by her hands and feet, and her eyes roll back in her head. A girl has convulsions, her eyes open and they are solid white, and she thrashes about; windows in the room are thrown open, we hear a voice calling people by name and the girl is dragged by the arms up a flight of stairs (there's a thump on every step) and she screams (other people in the room try to retrieve her but they are knocked down).
► A girl sleeps in her bed, something enters her room, pulls down her covers, she wakes up and pulls the covers back up, but the covers are then yanked off, and she tries to run for the door; the door slams shut, she jumps into her bed, the mattress becomes depressed and she lies back on it, and she is thrashed and pulled back and forth and she screams.
► A girl runs through thick woods and appears very frightened: she gets into her house, closes the door, the door blows open, she runs to her room, and while holding a letter opener, she looks in a mirror and sees a spirit standing next to her; she screams and wakes up very scared.
► A man holds a gun to his head and pulls the trigger twice but it is not loaded. A woman holds a gun to a man's head.
► Something seems to search frantically through a house and then through a thick forest, and it crashes into the ground, knocks down a tree, a horse drawn carriage crashes into the fallen tree and it flips throwing two men out (they are OK). We hear deep breathing and snarling in a few scenes and the camera moves as if someone is walking through a room, but we see no one.
► We hear a wolf howling, two men with guns go out into darkness, they hear growling and snarling, the wolf lunges at them, and they both fire at it. A wolf jumps on a man, and they wrestle: we hear the wolf snarling and snapping, we do not see any injuries on the man, and then the wolf runs away. Three men walk through thick woods hunting deer, they hear something, they separate and one man is attacked by a wolf: he shoots at it, the wolf lunges at him again and then disappears. A wolf chases a man and a girl, who are on horseback: it nips at the horse's tail, and it jumps up and knocks the man and the girl off the horse and onto the ground (the girl was dreaming and she wakes up screaming).
► A girl goes into thick woods to find a ball, she follows another girl by following her laughter, and the two go into a cave and play briefly; then we see the girl's face and it is blackened and wrinkled.
► Two girls are in a room together, the doors and windows slam closed, the candles burn rapidly, and a candleholder is thrown across the room and hits one girl on the head. A woman sees a spirit watching her.
► A man is given a syrup, presumably to soothe his cough, and he gasps and dies. A woman has a nightmare that her daughter dies in her arms and the woman screams mournfully.
► A girl is on a swing, she sees a little girl swinging next to her, reaches for her hand, and the little girl's hand becomes blackened; the girl falls off her swing and onto the ground (she is not hurt).
► A man is shoved and pulled to the ground. A girl shoves a boy and yells at him. A door slams in a man's face and he is knocked to the floor.
► A man looks into a mirror and sees his skin tinged grey and sees sores on his tongue and face. A man coughs violently a few times and coughs up blood onto his hand and handkerchief. A girl lies in bed and we see a bloodstain on her nightgown. A little girl has blackened and wrinkled skin, and a girl is very tired and has dark circles under her eyes. We see clothing with bloodstains on it and we are told that witches stain a person's clothing with animal blood to signify that that person is going to die.
► A cross is pulled off a wall and flung across a room, candles blow out, we hear heavy footsteps, a Bible is pulled out of a man's hands and pages are thrown around, and a window blows in on several people in a room.
► A woman wakes up to the sound of crying, she walks through a dark house following voices and footsteps, her husband grabs her by the shoulder, she is startled, and then the sounds stop.
► A woman threatens a man and his daughter with "darkness." A woman chases after a car screaming in terror. People talk about witches and people refer to a supernatural "entity."

SUBSTANCE USE - People drink alcohol at a party, two men drink alcohol in several scenes, a man appears to drink too much in several scenes and a woman remarks to her husband that he should talk to him about it. We see an open bottle of vodka on a desk where a woman sits and reads letters. A man smokes a pipe. A man is given a syrup to soothe his coughing.

MESSAGE - Abuse of a child is unforgivable.

(Note: We see slaves serving people in several scenes and people talk about sharing a slave.) 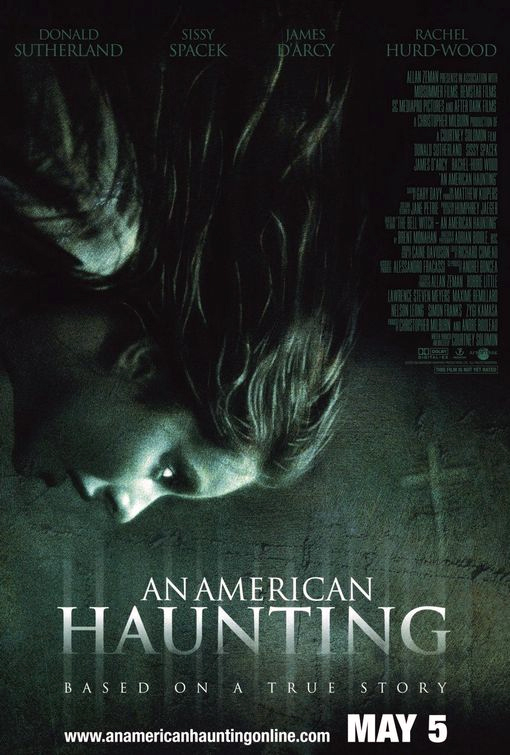