Kevin Farley stars as a Michael Moore-like documentary filmmaker, who is on a crusade to abolish the 4th of July. The spirits of General George S. Patton, and Presidents George Washington and John Kennedy, visit him to convince him he's unpatriotic. With Kelsey Grammer, Jon Voight, Trace Adkins, James Woods, Leslie Nielsen, Dennis Hopper, Kevin Farley and Travis Schuldt. Directed by David Zucker. [1:23]

SEX/NUDITY 4 - We see a man being examined in an airport for explosives in his rectum (a security guard has his hand in his rectum, the man's bare buttock is visible and we hear him groaning).
► A teenage boy and a teenage girl kiss. A husband and a wife rub noses. Men and women dance together.
► A man attempts to grab the clothed breasts of several women who slap him hard in the face.
► A woman makes a comment about liking a man in uniform; we then see a line of men wearing different uniforms standing outside her house and a man says, "She did the astronaut too?" A child slave waves to his slave owner and says, "Bye Daddy."
► A reference is made to women with large breasts and we see several women in an audience wearing low-cut tops that reveal deep cleavage. Women wear low-cut tops that reveal cleavage. We see people walking behind a screen in an airport and being told to remove their clothing (we see bare shoulders).
► A man makes a sexual gesture with his hand in a few scenes and a boy makes a sexual gesture with his hand. Two men look at each other and it is implied that one is gay.

VIOLENCE/GORE 5 - Soldiers with guns charge a courthouse and shoot people trying to take down the Ten Commandments from the wall (many people are shot and blood spurts and sprays). A man is shot and the explosive in his bag explodes (he disappears in flames). A man in a wheelchair is shot through the chest (blood sprays) and he falls back onto the ground.
► A priest beats a pilot with a large cross and another with a Bible. A nun is shown wired with explosives and she explodes on a bus full of people. A man straps on a bomb vest, rides a bike down a steep hill, is thrown, lands on a car and when the bomb vest explodes there is a large flame and he and another man are engulfed. We see a martyrdom training video and we see several suicide bombers blow themselves up.
► A man is punched hard in the face. A man is thrown out a window, falls several stories and we hear a thud (he's OK). A man steps out of a television, threatens a man and slaps him in the face a couple of times. Several people slap a man in the face in several scenes. Many people rush toward a boat to escape Cuba for America and a man inside the boats tries to beat them away with an oar. Dancers on a stage kick people in the audience in the face (they fall to the floor). A man is pushed to the ground and trampled in a couple of scenes (we see people stepping on his face but he is OK afterward). A man is struck in the face repeatedly by a spinning turnstile.
► A man on crutches is patted hard on the shoulder, loses his balance and falls onto the ground. A man throws something that strikes a girl in the face. A man throws a Frisbee and strikes a woman in the head. A man slams into a television and falls to the floor. A man jumps off a stage and crashes onto the floor. In one scene two children and other people are pulled off a pier and into water (we hear screaming).
► A man talks about a man cutting a girl's head off. Two slaves talk about a slave owner beating them and selling their children at 6 months of age.
► We see doctors in an operating room looking at severed buttocks and then they pick them up and play with them pretending they are different things. ACLU members are represented as zombies with pale flesh and streaks of blood on their face. A man is shown with a sword covered with thick blood.
► Film clips that are identified as being from a Leni Riefenstahl documentary on Hitler are shown, and include war scene footage including explosions. We hear gunfire.
► We hear about an "underwear bomber" and see a man being examined in an airport for explosives in his rectum (a security guard has his hand in his rectum, and we hear him groaning). A man opens a pizza box where there are bugs skittering around; he removes a slice of pizza and eats it. A man is struck in the head and falls face first into a bowl of chili, then again and he falls into a plate of spaghetti and again into a piece of cake. Children eat hamburgers, make faces and gag. People are shown grilling over a car fire. A young girl is shown in a hospital bed on dialysis.

SUBSTANCE USE - People are shown smoking marijuana in a couple of scenes. People drink alcohol in a party scene.

MESSAGE - Criticizing America in any way is tantamount to treason. Talking to evil dictators gets you nowhere. 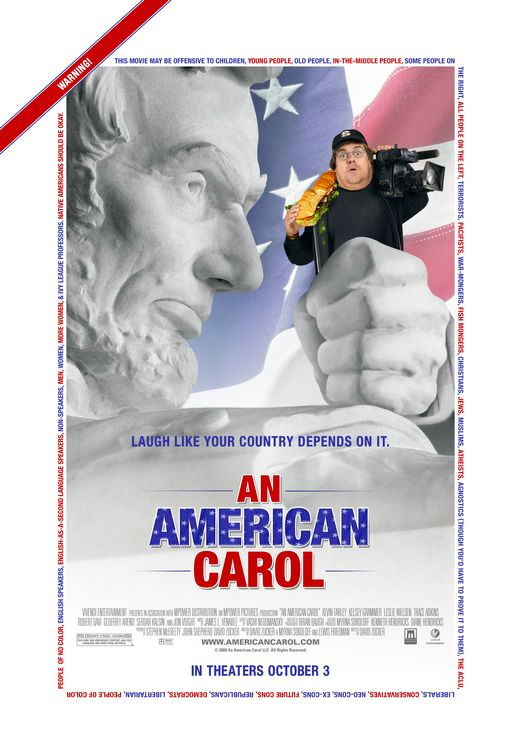