A weapons designer and professional assassin (George Clooney) is targeted by a Swedish group, which manages to track him down even after he ends up hiding in a remote Italian village. He begins to wonder whom he can trust and wants to retire, when he meets a prostitute (Violante Placido) and their affection for each other grows. Also with Thekla Reuten, Paolo Bonacelli, Irina Bjorklund, Johan Leysen, Filippo Timi and Anna Foglietta. Directed by Anton Corbijn. In English and some Italian with English subtitles. [1:35]

SEX/NUDITY 9 - A man and a woman kiss in bed (her bare breast and abdomen are seen and his bare chest is seen): he kisses her breasts, moves down her abdomen and it is implied that he performs oral sex on her (she moans and writhes as the camera concentrates on her face and torso), he turns her over on her stomach, and thrusts; she moans, grabs her hair, they both moan and climax, and they kiss and then lie together talking (her bare breasts and abdomen and his bare chest are visible).
► A woman wearing sheer bra and panties (her nipples and pubic region are visible) enters a room where a clothed man is seated on a bed; she removes the bra (her bare breasts are shown), she moves close to the man and caresses his head (it is implied that they have sex). A nude woman lying on her stomach on a bed (her bare back, buttocks and legs are visible) hugs a clothed man seated on the floor and kisses his cheek (it is implied that they have had sex).
► A woman wearing only sheer panties hugs and kisses a man then reclines on a blanket (her bare breasts, back, pubic region and legs are visible). A woman removes her dress (we see her wearing only sheer panties and her bare back, breasts and pubic region are visible) and wades into a stream while a man watches from the bank.
► A man's bare back and buttocks are visible when he gets out of bed and puts on his pants. Photos of a nude woman in a provocative pose (bare breasts, abdomen and thighs are shown) and another photo of several nude people walking away from the camera (bare backs, buttocks and legs are shown) are seen hanging on a garage wall. We see a man bare-chested to the waist in a few scenes: he sometimes is exercising and other times he has a towel wrapped around his waist after bathing. A woman wears a clingy dress that reveals erect nipples through the fabric. A woman wears a form-fitting dress that is opaque when she walks into the sun and we see the outline of her legs and pubic area. A woman wears low-cut tops that reveal cleavage in a few scenes.
► A man and a woman seated on a bench in a park kiss. A man and a woman kiss. A woman kisses man on the cheek. A woman kisses a man's face tenderly.
► We see the interior of a brothel in a couple of scenes: One such scene shows three women (one wearing a low-cut robe that reveals deep cleavage and another nude to the waist with black dots over her nipples) and a man asks for another prostitute who is not there and then leaves.
► A woman glances with interest at a man as he walks by on a street. A woman massages a man's bare back and shoulders.
► A woman asks a man if he has a woman in his life. A priest makes reference to fathering a child out of wedlock.

VIOLENCE/GORE 7 - A man is chased by another man with a gun who fires at him and a bystander riding a moped is struck (he falls to the ground motionless): the two gunmen run through streets, then one speed away in a car and the other chases him on a moped while shooting; the back window of the car and one tire are shot out, and the pursuing man breaks the driver's neck after the car skids and crashes into a wall (we see a bit of blood on the driver's shoulder, presumably from a gunshot wound).
► A woman is shot and falls off a rooftop onto the ground: we see the body with twisted limbs and a very bloody head wound (there is a blacked hole where one eye was). A man is shot in the head and chest (we see a bloody hole in the man's head as he falls to the ground). A man shoots another man three times (we hear the man yell after the first shot and he falls to the ground). A man shoots a woman in the head at pointblank range and she falls dead (no blood is seen). A man and a woman hide behind rocks, gunshots are fired at them, the man fires back and the assailant is struck and falls from a ridge dead (we see a bloody spot on his chest).
► A woman lies dead on the floor with blood pooled around her head. A man has a bloody abdominal wound and we see blood on his hand and trickling from his mouth when he loses consciousness. A man has flashbacks to a woman lying dead in the snow and we see blood splattered and soaked into the snow around her head.
► A man test fires a gun by shooting at plants a few meters away from a woman. A man test fires a gun and shoots plants that blow to bits. A woman test fires a gun and shoots at a metallic target.
► A woman takes aim with a rifle at a man standing in a crowded village street. A man points a pistol at a priest. After he drops a book on the floor, which makes a loud bang, a man wakes with a start and draws his gun. A man flinches when a moped backfires near him -- he thinks it's gunfire. A man appears nervous when he returns to his room and the door is ajar.
► A man and a woman argue about the fact that she carries a gun in her purse and she asks if he knows what a prostitute killer does to his victims. A newspaper headline reads "Another Two Prostitutes Murdered." A man and a woman discuss specs for a rifle that will be used in an assassination.
► A man kicks his car and pulls away part of the bumper. A man gathers supplies and builds a gun in a few scenes. A man finds a pistol in a woman's purse.

MESSAGE - Once you're a professional assassin, there's no respite from a life of violence, and you can't just quit. 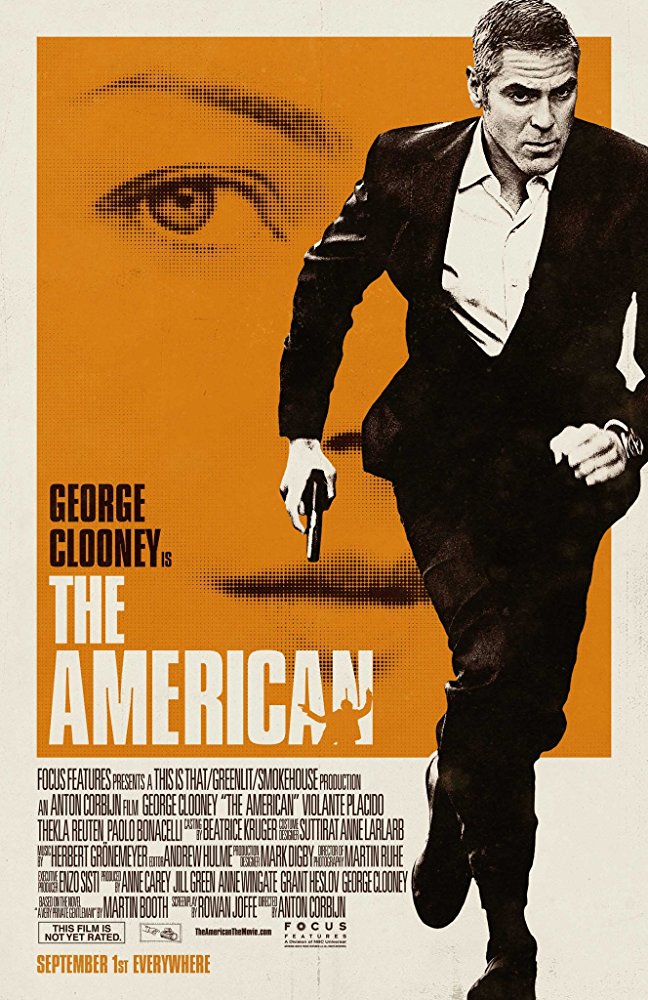